Where Has the CRUNCH Gone?

I had an epiphany last night

Or perhaps it was the weather, now in the 80s and sunny. Birds chirping are driving me crazy and joyful. I love them and I hate them…but that’s just how I try to do everything.

I did a meatza night before last. Meh. I’m getting a bit beyond paleo reenactment devices. But that said, it’s only natural, and if you need to make coconut flour pancakes with some sort of reenactment syrup in order to feel as though you can progress, got for it.

It’s just that I have kinda come to the conclusion that I like pretty heavy meat, some variation on a sauce most times, and some kinda veggie, starch, or a salad. And then maybe I’ll have a real pizza a few times per year.

Dessert? What’s that? I just almost never have such a thing, anymore.

OK, so meatza. As always, clicking enlarges for higher quality. 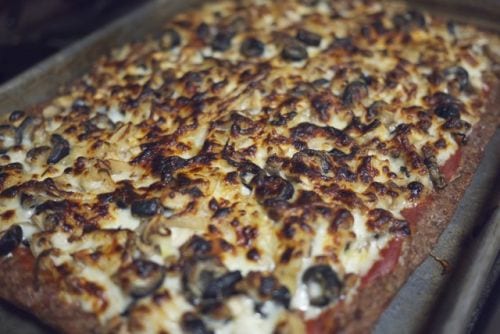 That’s a pound of grassfed ground and a pound of pastured pork grind, done in Justin’s way (he designed that FTA header graphic for me, way back when). 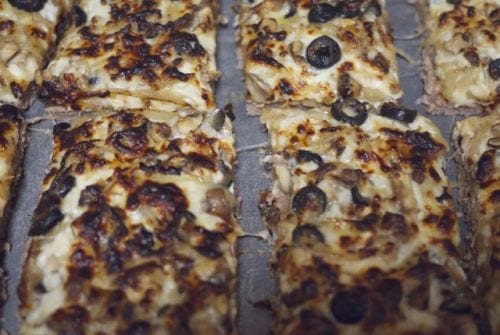 Simply, since there’s plenty of meat, what I did was chop up a bunch of crimini mushrooms and lightly saute them in butter. Then I drained them, and then sauteed the onions in the drainage, let it all cool, and mixed those and some sliced olives with mozzarella cheese. Then to the working finishes.

But like I said, I’m just kinda meh on the whole thing. On the other hand, I kinda like it better cold. Since I didn’t eat a lot of it the night I made it, we had it as leftover last night, accompanied by a big crunchy salad. 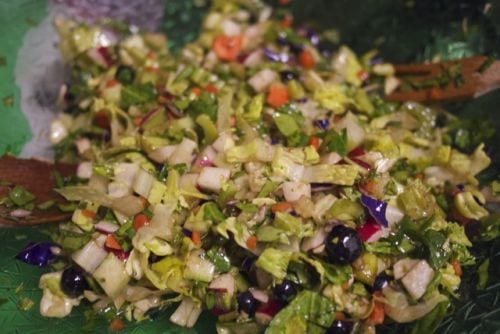 Now here was the epiphany. I realized how much pleasure a good crunch gives off. In addition to the romaine and spinach greens, there were big chunks of radish, celery, carrot and radicchio. And yea, blueberries too. It was dressed in OO and balsamic.

I had like two plate fulls. Crunch is just grand. get those chompers chomping.