A little of both, actually. I’ve never looked at a recipe but a twice baked potato includes scooping out the insides, whipping them up like mashed potato, then putting them back in the skins to bake. Potato skins typically includes bacon and some cheese as the base, melted into the skins.

But how about a bit of both for last night’s dinner? Click on all images for the quality hi resolution versions. Yea, I finally broke out the good camera, again. 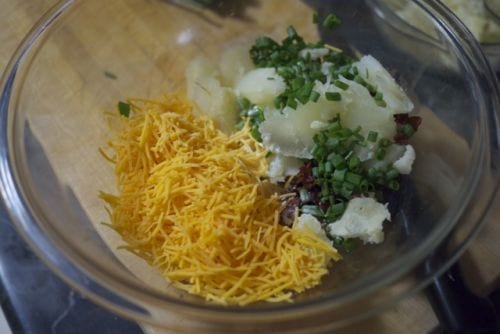 Bacon, Sharp Cheddar, Green Onion and Half the Inside

So yes, I used roughly half of the inside of the potato and mixed it all up with Applegate bacon made into bits, along with some green onion. Then stuffed them back into the skins, drizzled some bacon fat from the bits on top, into the oven at 500 for about 15, then a few minutes under the broiler. 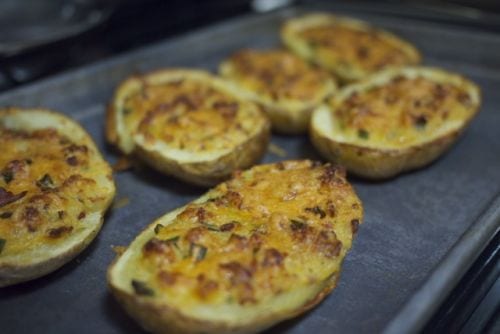 Then it was just a matter of plating up with a garnish of sour cream and some fresh green onion. I added the remaining bacon fat to the sour cream for added nutrition and flavor. 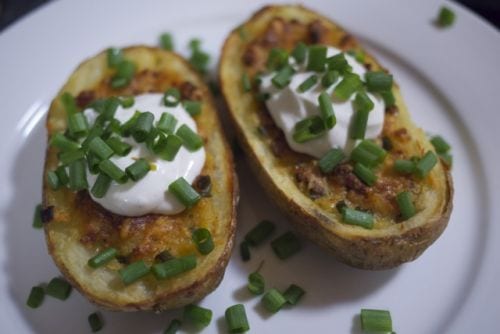 They were quite the yum and went down quite well without any overly full feeling or hypoglycemic crash later. “Dessert” was a couple of 1oz packages of Sophia’s most awesome beef jerky, sporting 17g of protein each.

So then, what to do with the leftover insides from 1 1/2 baked potatoes? Well, how about potato pancakes this morning to go along with my Liquid Fat Bomb smoothie, that 70gram saturated fat powerhouse backed by an impressive body of science?

I made a blender full for both Bea & I utilizing a whole can of coconut milk, 3 raw egg yolks, 2 scoops of vanilla Primal Fuel, and a cup or so of frozen berry medley. And so, I took the egg whites from the three eggs, mixed them with the leftover potato, seasoned with salt, pepper & paprika, added green onions and about a Tbsp of coconut flour to stiffen it up a bit and fried them in pastured butter. 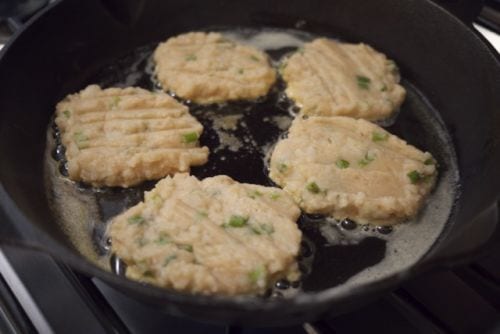 Potato Pancakes in the Cast Iron

And finally, time to plate & garnish. 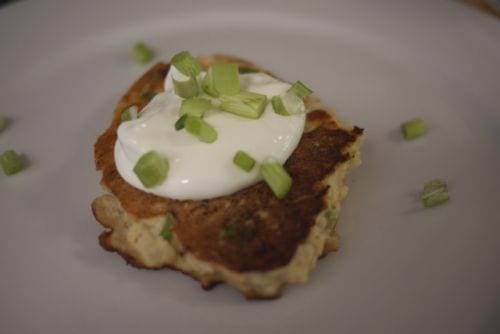 Update for commenter Rose. I was over at TJs a moment ago and just had to pick up a block of grassfed New Zealand cheddar. No dye. 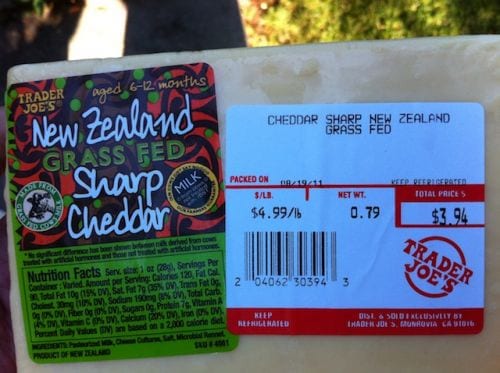