Leaving your life behind at 43 years of age is too young, no matter the cause 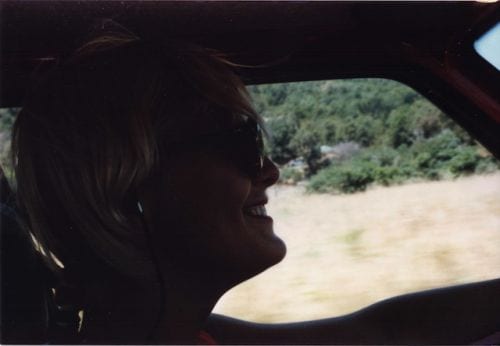 This last Monday afternoon I was idly having a drink on the patio, fiddling with my iPad and on a lark, decided to Google Gaëlle’s name. I had done this before, perhaps a few years ago and never came up with anything. …I suppose I see myself as some sort of “terrestrial steward,” looking…not omnipotently down, but humanely across, now and then, just wanting to assure my non-omniscient self that the people who’ve been most important in my life — turned random in time, place & circumstance — are well. …That they’re happy, pursuing their own values and interests — with no particular concern for me.

The excerpt of the Google result looked promising: “Publications de marriage,” along with her name, which is a unique name, and so I was, at once, jubilant. But for some reason that I will perhaps never understand, they appear to publish marriage and death notices in the same piece, in France.

And in less than an instant, four pieces of information beyond her name converged into an absolute and horrible certainty and I was devastated to a state of weeping. No!

Her death, unexpected and unforeseen (out of nowhere, with no symptom or sign), was likely the result of a ruptured coronary embolism, according to family with whom I have been in touch. 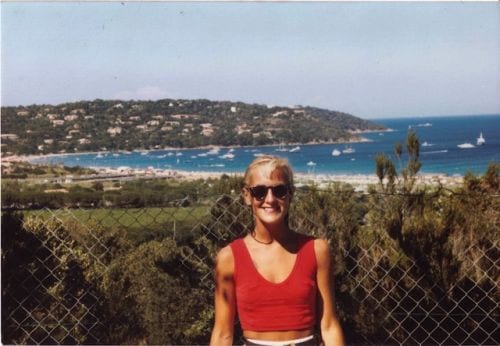 A Photo Op Along the Way

I met Gaëlle in January of 1990, within a week of embarking on the FNS COLBERT (C 611) as a US Navy exchange officer to the French Navy. This was out & about in Toulon and the very first thing I noted about her was her joyous smile, and her laugh that typically followed. That’s not to say that she couldn’t spit fire as well, but that would come later. We talked for a long time, time I’ve long since lost track of.

She stood me up for our first date and I thought well, oh well… Them’s the breaks & c’est la vie.

But then the next day, during a formal luncheon on COLBERT with who knows who because I don’t remember anymore, nor care, a steward came up and told me I had a phone call.

And so begun a tumultuous — but never boring — relationship that led to her moving in with me a couple of months later, some talk of marriage, roller coaster liaisons, and finally, in the early summer of 1990, realization that her 23 years of age compared to my 29 was not really going to work in our circumstance. She considered herself on the cusp of new life exploration, while I had just come from five years of living in Japan, traveling all over Asia and exploring life similarly and in every possible way.

I was ready to settle down. She was not.

I’ve never taken rejection to heart, too much. There’s a reason — a random time & circumstance — that people find a way to join together, and when something changes or is realized too much for one, the other, or both, there’s equally a reason to part. I’ve just never seen that sort of thing, in normal circumstance, as any sort of [self] “righteous” indictment on the character or motivations of either. Times and circumstances change.

And so thankfully, we remained very close. We even took off on a whim afterward, and spent two weeks in Greece, on the Island of Skiathos. To give you a bit of insight into the self-assured, independent character of this young woman: it’s very common on this and other islands and resort areas the world over to rent one scooter that you share. We did this. Of course: I drove, she took the back. But midway into the first day she was distraught. She wanted her own scooter. So for the remainder of the two weeks, we raced just about everywhere we went.

Months later she would tell me that every time she put on shoes she wore while there, she would remember Skiathos and that time, because of the marks made on her shoes from the gearshift pedal. So there you go, guys. Think about it.

That summer of 1990 was a time of being casual friends and lovers, suiting us fine — a niche in time & circumstance we found and that worked for both. But then Iraq invaded Kuwait, and because oil and the geopolitics that go hand in hand were at stake, I left ever so reluctantly — sensing what was in store — one August morning on the COLBERT, not to return for 60 days. 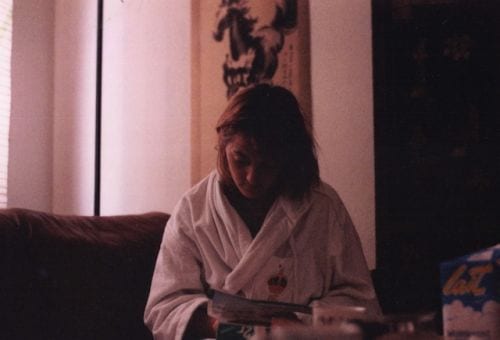 You Always Knew When to Leave Her Alone

Things are different for people on land than they are for those at sea. The people at sea yearn only for their people on land. Those on land have far more options and it’s of no fault of their own that they do.

My return from that excursion marked the definitive end for Gaëlle & I. And yet we still remained friends, even after months of no news between us. She did end up going back to the man of her age who she’d been with at the time I met her, and eventually married him. I’d known him for a long time. He was also on the COLBERT. In time we became good acquaintances and he would even call me to ask that I give her a call, to cheer her up…about this or that.

He died a tragic death within a year of my leaving France in 1992. And so that was one of those pieces of information that gave me certainty last Monday: “veuve Pinau.”

…She met Pierre, an engineer with a good education, smart head on his shoulders, good family…people of the Earth, and real food and life (Paleos would be proud). On the 4th of July, 1993, she…they…gave birth to a son. I visited for about a week in December, 1993 as a guest on his parent’s farm and in their home, and partook of genuine French hospitality that I had sorely missed over two years away: amazing food on a quotidian basis and their own farm-grown fruit in the form of wine.

Though I was still stricken in many ways by this woman, I had to leave it alone. There was a son to take care of who had an excellent, smart father — I saw it with my own eyes — and so I had to just leave her alone. That was the last time I saw her. She called me by telephone in 1996, the last time I spoke with her. By then they were living apart, but sharing time with their son. Pierre emailed yesterday, once I had been able to make contact:

Gaëlle spoke about you so often

Last evening I received an email from her son, now 18. He remains understandably devastated by the loss of his mother. I have scanned all the photos I have of her and passed them on; and over time, I will pass on anecdotes and recollections about what a joy it was for me to be with her.

…To add insult to an awful injury, between 1993 and now, I’ve been back to France twice. Once was in 2005, when Beatrice & I did an auto-tour though France, Spain and Italy over a three week span with no hotel reservations. One of the places we loved most was Monterosso, Italy, on the Cinque Terre. Last year, on the spur of a moment, I decided we need to go back and spend a week just there.

Gaëlle’s event took place the morning of July 20. At noon on July 22, with family at her bedside, doctors turned off the machines keeping her heart beating. She died within the hour. We landed in Paris the very day and approximate time of her death, at 11:00am on July 22, departing for Rome at 12:35pm. This will forever remain for me a cruel reminder of a very unfortunate coincidence, by which I mean a sort of, not earned, but “cosmic” or humane guilt. I understand it’s irrational when someone says “I should have been there,” or, “I should have done something,” when there’s no way they could have or been expected to know. But given the coincidental timing and proximity, I now have a deeper insight into this sort of helpless, harmless, and completely natural irrationality. And I embrace it.

Perhaps by now you’ve concluded or at least gotten the idea that there’s something about who I am that made a blog post like this completely mandatory, and you would be right.

I think that there are many facets to a human life. If you’re lucky, you touch a few facets of one other’s, and if even luckier, you touch many, deeply, and you never, ever forget it. And then if a time should come one day, you do some good with your remembrances.

Rest in Peace, Gaëlle Beyou. May your family and friends find some peace on Earth, even in the knowledge that you’re not out here trying your best to make your mark on it any longer. In the too short time that you had, you marked it well, and touched it more than you ever knew. 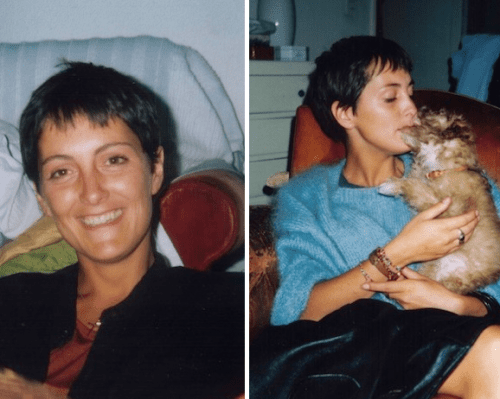 Thanks to my wife Beatrice, who has not only put up with my occasional fond remembrances of Gaëlle over the years, but has been very understanding and supportive in this time of bitter sorrow.

Update 9/18/11: While I’m grateful to the roughly 40 commenters who expressed sorrow and condolence, I felt that on balance they were a distraction too focussed on “my loss,” which was not the purpose of this tribute. I know everyone’s heart was and is in the right place, but the focus I want to present going forward is that she lost. She lost her one and only life at 43. Nothing and no one’s loss can come close to comparing to that extreme injustice. I have deleted all comments except the one from her son. I’m happy to receive any further comments via email, particularly from friends and family of Gaëlle.