The Book: The Flinch

First, the punchline: the book is free. It’s called The Flinch. It’s part of Seth Godin’s The Domino Project with Amazon. The Author is Julien Smith, NYT best-selling author of Trust Agents. Julien & I connected when he did MovNat last year, and then also began doing Leangains consulting with Martin Berkhan. And then, he contributed a “fucking” guest post here.

A few weeks ago he sent me an advance copy of his free book that can be read in a short time. It’s about overcoming your fears to advance your life to your own true limits—rather than those limits society suggests prudent, or even imposes. With permission, I have included the first chapter below. And I think it fits in very well in this time of resolution and renewal, redemption and new leases. 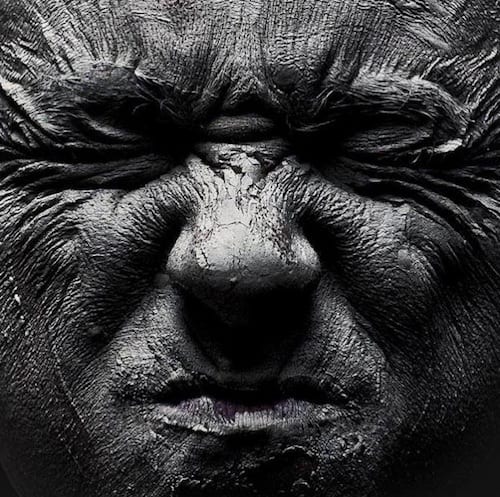 Quitting smoking. Losing weight. Starting a business. Getting a date.

For anything you want to do, finding out how is easy. Do the research and make it happen—or so any book would have you believe. Yet every day, you smoke, gain weight, and stay at your old job. Every day, you do the exact opposite of what you plan to do. Why?

This is the Information Age. The steps to achieving any goal are easy to search for, come up with, write down on a napkin, and follow. But you’re still not doing it. Part of the movie is missing. A page is torn out of the book. There’s a big X in the equation. Do you know what it is?

The X is the flinch.

The flinch is your real opponent, and information won’t help you fight it. It’s behind every unhappy marriage, every hidden vice, and every unfulfilled life. Behind the flinch is pain avoidance, and dealing with pain demands strength you may not think you have.

The flinch is why the lazy actor never gets discovered—because she never really sweats to make it happen. It’s why the monolithic company gets wiped out by a lean startup—because the big company culture avoids the hard questions. It’s the reason you make the wrong decision, even though you may know what the right one is.

Behind every act you’re unable to do, fear of the flinch is there, like a puppet master, steering you off course.

Facing the flinch is hard. It means seeing the lies you tell yourself, facing the fear behind them, and handling the pain that your journey demands—all without hesitation.

The flinch is the moment when every doubt you’ve ever had comes back and hits you, hard. It’s when your whole body feels tense. It’s an instinct that tells you to run. It’s a moment of tension that happens in the body and the brain, and it stops everything cold.

When coming across something they know will make them flinch, most people have been trained to refuse the challenge and turn back. It’s a reaction that brings up old memories and haunts you with them. It tightens your chest and makes you want to run. It does whatever it must do to prevent you from moving forward. If the flinch works, you can’t do the work that matters because the fear it creates is too strong.

Individuals have flinches, but so do organizations and cultures. They can invoke a fear of a certain kind of person, a kind of racism or xenophobia, or a fear of new technology or outside influences.

Whatever form it takes, the flinch is there to support the status quo. It whispers in your ear so you’ll dismiss a good idea that requires a lot of change. It stops you from seeing an up-and-coming competitor as a threat. It’s the reason most modern movies are remakes and most successful books are sequels. It hides under the guise of the hard-headed boss, the skeptical publisher, or the cautious friend.

But the problem with the flinch is that it’s based in a brain that wants to protect you. It sees shadows as threats and creates blind spots. It’s endemic to cultures that embrace the old, even though the old might not work anymore. Both individuals and groups must develop systems to handle the flinch, or they’ll always fall prey to outside forces.

Everywhere your flinch avoidance hides, you have to find it, and face it. You need to take back control and stop the flinch, like the boxer in the ring, because you have a job to do—you have a fight you need to win.

For most of your life or your business’s existence, the flinch has been there, guiding you. As you discovered your world and learned best practices from others, the flinch was learning too. It pushes you to judge some ideas as good and others as bad, guiding your behavior over time, until your decisions became streamlined.

Whatever you avoided, whatever you and authorities considered a threat, became a blind spot—it became something that could make you flinch.

The flinch has a complex history. It appears whether you want it to or not. Every day, you make decisions based on it. But you may not think much about it at all. But this is exactly what the flinch wants.

Facing the flinch is hard internal labor that comes with no up-front promise of reward. But one day, your world will change, maybe drastically, and it will do so without warning. On that day, you won’t be prepared—unless you’ve fought the flinch before.

Do this work now, and your future self will thank you.

Take this time to learn about it. It won’t take long. Once you see it, it will be visible to you forever.