Menace to Society: North Carolina Board of Dietetics/Nutrition (NCBDN)

Today I have a story for you about heroes vs. villains…about the innocent vs. the guilty, the benevolent vs. the parasite, and the honest vs. the automatic liar. In the end, it’s really a story about evil, corruption, and force. But this is the Court of the Internet, so you get to judge for yourselves.

Back in 2009 I got an email from Steve Cooksey. He relayed his story to me, which I relayed in this post. I’ll give an excerpt.

Long story short, I was taken to the hospital in an ambulance with a BG reading of 700+ and an A1C that was literally “too high to read”. Three days later I was discharged home as a Diabetic and while the doctors were not sure, I was told that I was likely a Type 1 and that I would be on insulin and medications for the rest of my life.

While still in the hospital, I was given an ADA Food Pyramid by the “hospital nutritionist” and upon inquiry was informed to “eat the food groups” but stay below 2200 calories. This seemed odd to me but at the time, I was a mental wreck — having been given several body blows — so I took the advice and ordered my meals from the hospital menus. To be honest…they looked a hell-u-va-lot like what I ate ordinarily….

So, I go home and start researching what to do. I was determined to do ALL I could to stop taking insulin and medications. I’d seen too many relatives go down this road…and quite frankly…I did not like the destination nor the ride to get there.

A couple days later after discharge, a home health nurse came by — I also quizzed her about my diet — SHE HANDED ME ANOTHER ADA Food Pyramid and told me to “eat the food groups”.

A couple of days later my doctor told me to check out the Low Glycemic Index to see if that would help…it did and it started me on a journey that lead me to Mark Sisson’s website where I explored all things Primal.

Today, with the benefit of a great workout program and a Primal diet, I am 75 pounds lighter and I take -0- insulin and -0- medications. My latest blood work showed NO EVIDENCE OF DIABETES NOR OBESITY!

I have been insulin and medication free for about 6 months. Because I know how utterly confusing and hopeless life can be when diagnosed with diabetes, I have attempted to reach out to “spread the word” about paleo / Primal eating and living. I often “befriend” people in social media groups and strike up a conversation.

Multiple times — I’d say at least 4-5 times — I have began a conversation with a “Certified Diabetes Educator”. EVERY SINGLE TIME — NO EXCEPTIONS — they do not HAVE A CLUE when it comes to paleo / Primal eating. Honestly…I find this disgusting. Especially when I have to hear (or read) how they are required to go to X number of hours of recertification classes and how they are trained on the latest…blah, blah, blah. ALL of this is bad enough, but here’s the kicker…

THEY ATTEMPT TO CONVINCE ME TO STOP!!! …And go back to eating grains, beans, rice, pasta etc. THE AUDACITY!!! EVEN AFTER they know that I have lost weight and kicked diabetes in the ass they try to get me back on the train…the train to hell.

Why? Well, for starters, go re-read the first paragraph. 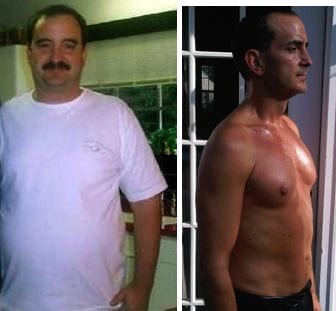 Steve Cooksey Before & After

That’s Steve “Before;” that is, when registered dietitians—licensed & regulated by the North Carolina Board of Dietetics/Nutrition (NCBDN)—were advising him to eat in such a way as to remain fat, diabetic and dependent upon them. After, is when Steve realized that if they were not actually, explicitly trying to kill him early, it was way too difficult to draw distinctions—so he simply took matters into his own hands.

Well, why wouldn’t he? Let’s examine the track record of the NCBDN, established in 1992. 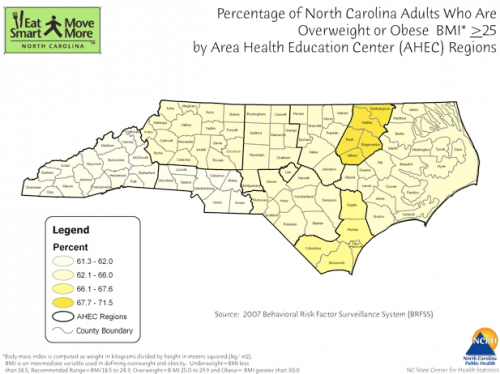 60% + of North Carolinians are Overweight or Obese 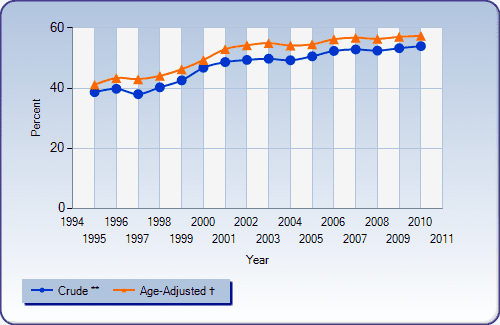 Great job there, NCBDN! Keep up the “good work.”

You know, given that level of demonstrated “competence,” I can offhand think of a bunch of things the NCBDN ought not be entrusted with…fetching my mail, taking out the trash, clearing a stopped up toilet, pumping outhouses, cleaning up behind my dogs, and properly disposing of used tampons all come to mind…

And yet…yet, what they are being entrusted with is the health and dietary habits of a whole state, and in particular, those with serious medical conditions such as diabetes that require even more attention.

…And even as egregiously wrong as that is, morally, it doesn’t stop there. Nope. They’re not content to simply wallow in their own incompetence and let caveat emptor prevail. Nope, they actually, with a straight face, seek to stop those who actually do get real results. So now, let’s continue on to make the case that this isn’t simply mistaken ignorance, but evil of a sort that actually seeks to harm people, explicitly.

When Steve, through his own research and dedication, fixed his own problem, he sought to help others via his website, Diabetes-Warrior.net. Perfectly natural, benevolent, etc. And he’s very effective, as you’ll see if you read through the success stories so many have shared on his website. You’ll find similar things in the comments to his posts. Now, contrast that with the record above.

Now let’s drop the other shoe. This same den of incompetents launched an official “investigation” into Steve’s private affairs—publishing his website for the benefit of anyone who wishes to read it—and they issued a “report” (PDF). Here’s an update on the whole deal, along with an 8 minute interview Jimmy Moore was kind enough to get out there quickly.

So you can read through as much of the “report” as you like, but it all reads the same. It’s all based on the same thing. Nowhere is there any indication of moral or conscious thought along the lines of: ‘he helped himself marvelously and is helping others.’ Or: ‘wow, if more North Carolinians did this it would be a great thing for the obese and diabetic.’ Or: ‘maybe we can learn something from this guy.’ Or even: ‘we have discretion here, let’s just close this case out.’ Or even more: ‘he does not appear to be hurting anyone.’

None of that. Just as your average German bloke in a foot soldier’s uniform in the early 1940s, charged with loading men, women and children into boxcars—cognizant of a certain destination and fate—chose not to listen to the voice of his own conscience…(it was “legal”), so it is with the NCBDN, willing, in all their demonstrated incompetent glory, to shut someone down who’s obviously helping people and not hurting a soul—unlike, obviously, the NCBDN is doing.

It’s an upside-down world so perverse that the bigger the lie, the easier the sell. And look, it’s not as though it ought to be all that difficult to expose those who might, somehow, someway, manage to do more harm to the average diabetic than the NCBDN already does. For instance, how tough would it be to catch someone advising diabetics to shoot rat poison in place of insulin? And even then, at least that offers the prospect of a quick death, rather than the slow & debilitating one the NCBDN offers with its “education” and “consultation.”

There’s not an ounce of morality or righteousness or honesty or heroism in the whole thing, that “report.” It’s just simply spouting laws.

…And last but not least, let’s just not forget how this rolls, eventually and to the very end. At the end of the line of the NCBDN’s cordial admonishments, nice words and “helpful” guidance…somewhere, at some time or place down the road, if Steve doesn’t buckle under, there’s a gun.

There’s always a gun and it ultimately always comes down to force.