I’m guessing many of my most astute readers will already know who this is about.

So let’s give a clue to everyone else by means of a quote.

Beware the irrational, however seductive. Shun the ‘transcendent’ and all who invite you to subordinate or annihilate yourself. Distrust compassion; prefer dignity for yourself and others. Don’t be afraid to be thought arrogant or selfish. Picture all experts as if they were mammals. Never be a spectator of unfairness or stupidity. Seek out argument and disputation for their own sake; the grave will supply plenty of time for silence. Suspect your own motives, and all excuses. Do not live for others any more than you would expect others to live for you.

I would really be hard pressed to come up with a better overall foundational essence for this thing we call “paleo.””

…And, “the grave will supply plenty of time for silence.” He was actually too humble to add something like, “unless you’re me.” He will never be silenced by his awful grave. Because…

The essence of the independent mind lies not in what it thinks, but in how it thinks.

And I could not, actually, hope or ask for a better guiding theme for what I do here; on this blog, and my promotion of a paleo / Primal / Ancestral paradigm. As you may gather from the foregoing, that’s all just application. That’s why: paleo is easy. Get the fundamental down. Rest. Easy.

Yea, the quote is Hitch. Or, Christopher Hitchens, who died some days back of esophageal cancer. I had wanted to toss up a post immediately, but. I waited.

I read all the “New Atheist” books (Dawkins, Dennett, Harris) but I remarked at the time that God Is Not Great: How Religion Poisons Everything

was my favorite of the lot for its literary bent. Hitch was very well read and I think he must have noted that there were a disproportionate number of non-believing authors in the literature. I can only hope to take in some measure of the classics he did in the remainder of my lifetime. With Kindle and free books, that’s becoming exceedingly easy.

As an independent thinker himself, he championed independent thinkers. He was pretty much all over the map in his lifetime, from Trotskyite commie to partly champion of Republican conservatives and the Iraq War—except for the God thing. They would have loved to love him more. 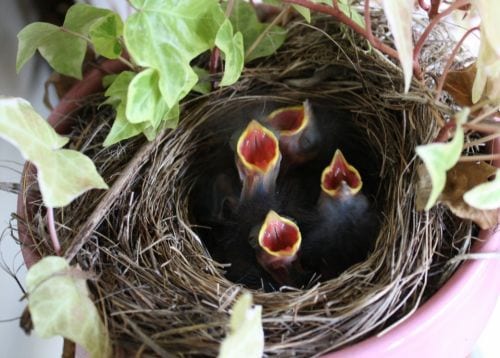 That’s who he never was, and who they always were.

You know, whenever I do my occasional anti-religion, anti-state rants and I get comments or I see links to posts with “I don’t agree with him, but…”—religion & State qualification—that picture above is what I always see in my mind’s eye.

I did the religion thing, even graduated HS in a class of two (I was top 50%), in a small private fundamental Baptist school, went onto a fundamentalist Baptist U in Tennessee. And here’s how that turned out.

Well, Hitch and his Hitchslap have been mainstay reads of mine for years, and not even because I agree with him more than I don’t. It’s because you can’t really categorize him…he was an intellectual’s intellectual, a brash & witty, drinking & smoking writer…and above everything else about his life: he was never, ever anyone’s fool. So while I can merely only dream to ever write with half the wit, pith and depth of history he did, I believe he’ll always remain my own personal touchstone.

I collected a few video clips of some of my favorites. There are many more. I hope you enjoy them. If I said that one or two didn’t bring a tear to my eye, I’d be a lying fucker.

I’ve rather heavily including that friend and “faggot” of Hitch, Stephen Fry. He’s awesome in his own right and I searched far and wide to find the bit where Hitch defended him in a debate about the Catholic Church being a force for good in the world (in the final vote, Hitch and Fry kicked the Bishop’s and the Politician’s asses).

The first is a back-&-forth highlights of Hitch & Fry in that debate (the whole thing is available on YouTube, which I watched in its entirely some months ago).

At times, I like Maher, but he was never, nor will he ever be any match for Hitch. And if you think Hitch is defending Bush, think context. Would Hitch defend Bush’s childlike religious views (yes, we only elect people as President who display outwardly, childlike views of superstition)? Hitch was simply unwilling to engage in the silly notion that someone capable of getting themselves elected PresUS is a moron. As an aside, I’m pretty sure the Pope is an atheist.

I’ve arranged these to be shortest to longest. Here we get into the longer ones at about 8 minutes. It’s an opening statement for the aforementioned debate.

This moron must have had no idea who Hitch was when he agreed to go on a national news show. It’s difficult not to feel a bit bad for the guy.

Some cool clips of Hitch getting righteously indignant. Of Jerry Falwell (whom I actually saw speak in person a shook his hand as a teen): “I think it’s a pity there’s no hell for him to go to.” And, “if he could have been given an enema, he could have been buried in a match book.”

Christopher defends his dear friend in this one, but the whole thing is brilliant.

And finally, Stephan Fry‘s 45-minute live tribute to Hitch, with a number of personalities ringing in live.

So there you go.

Go ahead and persist in your fantasies, but in point of logic and truth, Christopher Hitchens actually crafted his own immortality over a lifetime.