Guest Post: The Difference Between Eating Paleo and Being Paleo 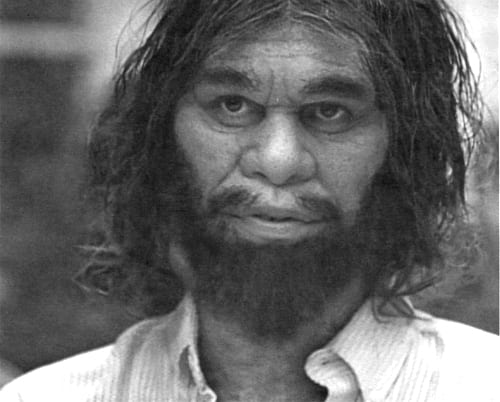 As the Paleo FX Ancestral Momentum – Theory to Practice Symposium (so glad they didn’t go with the long version of the event’s name) wound down last week, it felt like the Paleo blogging world and its faithful audience (hereafter “Paleosphere”) had worked itself up into a frenzy. Over what, I’m not quite sure. It may have just been the gathering of like-minded individuals with strong online presences. What left a lasting impression was the tone of the Paleosphere during the event, and it just so happened that the timely coalescence of paleo personalities and its ensuing social media onslaught brought everything to a head for me.

You see, I’ve been following a paleo way of eating for about 18 months now, and it’s had a profound impact on the way I view the world, how I feel, and (obviously) how I eat. I replaced most grains, dairy, legumes, refined sugars, and seed-derived oils with whole foods and many of my autoimmune symptoms went into remission. I can honestly say with conviction that I “eat paleo””. However, I do not identify myself as “being paleo””. I think there’s a distinction that needs to be made before we move on.

To me, “”being paleo” means that you are self-identifying with a group. It’s like calling yourself a musician or a video gamer (as opposed to simply writing music or playing video games). The problem with identification is that disidentification – the mentality of “us vs. them”, and a focus on what you are NOT – often emerges. Consider the in-group-out-group bias. This phenomenon can lead to aggression and prejudice, and some suggest that it leads to a lack of productivity, as identifiers take action while disidentifiers tend to just make a lot of talk. (And who is the “them” in this case? Just about everyone else – those pesky grain-eaters that make up the rest of the population, and those cursed Vegans that try and muck everything up!).

While the Paleosphere (thankfully) doesn’t focus too much on the “them” aspect of the diet, there’s definitely an overbearing “us” momentum that isn’t entirely healthy, either. I often see the Paleosphere as being on this slippery slope towards extremism.

As an ever-increasingly-large group of people that eat a similar diet and in many cases hold similar values, I think it’s important we don’t lose sight of the fact that extremists and ideologists often alienate themselves from the rest of society. How are we supposed to make an impact on the nutrition world if we work the Paleosphere up into a frenzied cult status? John George and Laird Wilcox, scholars of fringe movements, have identified the following characteristics of political extremists and ideological contrarians:

1. Absolute certainty they have the truth.

2. [The belief that] America is controlled to a greater or lesser extent by a conspiratorial group. In fact, they believe this evil group is very powerful and controls most nations.

3. Open hatred of opponents. Because these opponents (actually “enemies” in the extremists’ eyes) are seen as a part of or sympathizers with “The Conspiracy,” they deserve hatred and contempt.

4. Little faith in the democratic process. Mainly because most believe “The Conspiracy” has great influence in the U.S. government, and therefore extremists usually spurn compromise.

Does that sound alarmingly familiar to you? Admittedly, the above characteristics have a major political slant, and the fact that big corporations have major influence on what ends up on our dinner plates may not lead to some of those characteristics (like the willingness to deny basic civil liberties part).

I can’t deny that a relatively extreme diet (side note: it’s sad that the Paleo diet is considered “extreme” in this age of processed/fast foods) will attract people that gravitate towards fringe thinking – as sociologist Daniel Bell put it, for those on the fringe, “the way you hold beliefs is more important than what you hold. If somebody’s been a rigid Communist, he becomes a rigid anti-Communist – the rigidity being constant.” How many ex-Vegans are in the Paleosphere? Lots. (As some would argue: not enough.) An extreme lifestyle will attract extremists, which simply isn’t preventable. My point is this: just because there are crazies in the Paleosphere, we don’t have to listen to them, and we need to keep ourselves in check to make sure we don’t become them. An easy way to prevent this is to continually challenge ourselves to question our dietary standards, and to avoid dogmatism.

So where do we start? How can we make sure that we promote this diet in the most open, pragmatic, unobtrusive, and inclusive way? Here are some quick suggestions:

1. Don’t tell people that you “are paleo””. Hell, don’t even tell them that you eat “paleo””, because the use of labels is in itself exclusionary. Just tell them what you eat, and maybe what you don’t eat. It doesn’t need to be more complicated than that. Look at the Weston A. Price dietary guidelines. It’s very similar to the modern interpretation of the paleo diet, and they don’t tell you what to avoid, even once. Focus on the whole foods, not on yet-to-be-completely-proven-as-evil grains, legumes, etc.

2. Don’t use flawed ideas or gray areas to promote the diet, because it calls the Paleosphere’s credibility into question. Don’t worship bacon, which is likely not good for you, even if it is (was) somewhat fashionable to “baconize” stuff. It’s a useful ingredient in cooking, but it’s not our flagship food. Don’t celebrate “paleo versions” of sweets like Paleo brownies because that’s not helping people overcome their underlying food issues and if anything it’s guiding them towards failure. The last thing we should do is to set people on shaky foundations. Personally, I’m all about Dr. Kurt Harris’ incremental process, because it encourages folks to improve their health even when they’re not ready to dive into a full-blown paleo eating orgy.

3. Avoid dogmatic thinking. Are potatoes evil? What about white rice? What about dairy? Aren’t we supposed to be eating low carb? Remember that human variance, health history, and gut flora are major factors in food tolerance, and macronutrient ratios are highly individualized. This diet is ever-changing (and it should be as scientific study helps enlighten our views on nutrition every day); be open to suggestion.

4. Try not to alienate others by flaunting an overbearing self-identification of “being paleo.” You’re not a caveman, and you’re certainly not living like one, so why label yourself as one? If anything, I suggest embracing what we do have in common with our ancestors – the fact that we’re all on this planet. Go take a walk/hike. Watch a sunset. Spend a few days camping. That’s certainly closer to being a caveman than eating a pound of lean red meat straight out of a slow cooker after a hard day at the office and then blogging about it.

5. Bear in mind that everyone has their own burden. I’m pretty sure that most people simply cannot afford to eat fresh organic vegetables and grass-fed meats all the time. My family can’t afford it, despite the fact that a huge chunk of our income goes towards our groceries – nearly twice as much as before we switched our diet. Additionally, many people don’t have the resources to find out whether or not they have access to affordable grass-fed meats anyway – online resources are often outdated, and I’ll wager that many excellent farmers are out working and not updating their farm’s webpage and social networking fan pages. Many don’t have access to local, affordable health food markets. This is no reason to make people feel bad for having to make sacrifices to make ends meet; instead celebrate the steps that people are willing to take for their health that are within their means.

6. Avoid the fringe, and consider the power of prudence. What is the point of wearing t-shirts that say “Meat is awesome” or “Vegans suck”? Before shouting from the rooftops about how stuff like cold thermogenesis and eating butter straight out of the container is awesome, take a step back and think about how crazy that sounds to the average person. I’m not saying that any of those extreme elements are bad, but they might not be helping the paleo movement along when that’s the stuff we get identified with. When it comes down to it, who better to police the Paleosphere than ourselves?

Lastly, please don’t take this as an insult to anyone that’s exhibited these behaviors. Dramatically improving your health through simple changes in diet is awesome, and exciting. I don’t fault you for telling people that “you’re paleo””. My only purpose in writing this article is to help consider the fact that we need to do what we can to impact those that aren’t lucky enough to know much about sensible eating yet. As much as it may be fun to be part of a cool, elite club of paleo dieters that share cool pictures and sayings amongst themselves, isn’t our energy better spent on refining the diet itself through scientific study and attracting people that haven’t been exposed to the diet yet?

This article was recently featured on the Highbrow Paleo blog. Russ Crandall also blogs at The Domestic Man where he posts many wonderful recipes with lots of high quality photos. Read about his amazing story here.

The Ancestral Table: Traditional Recipes for a paleo Lifestyle. Did Russ Crandall come out of nowhere? I’d never heard of him [guess I was wrong about that! -Ed]. He has a blog, The Domestic Man. When he emailed me and asked I take a look, there was a singular message he wanted to get across to me and it’s why I saved his book for last.

So, this is not going to be a one paragraph entry. To my knowledge, this is the very fist cookbook making any reference to paleo, that doesn’t genuflect, kowtow, and get on its knees to pay homage to the ignorance of low-carb paleo, as though there’s nothing else. Beginning in Chapter 4, Starches, here are the recipes over the next 30 pages.

Accordingly, from here out, last mention I ever give to a Paleoish cookbook that doesn’t have recipes for common starches.

By the way? Fittingly, the forward to the cookbook is by Paul Jaminet, PhD; or, by one ground breaker, for another. Paul, of course, is the safe starch pioneer in our Ancestral/Paleo circles, making it harder by the day for strict low carb enthusiasts to breathe. He blogs at Perfect Health Diet, and he and Shou-Ching, PhD as well, are co-authors of Perfect Health Diet: Regain Health and Lose Weight by Eating the Way You Were Meant to Eat.

“We have no demands to present to you, no terms to bargain about, no compromise to reach. You have nothing to offer us. We do not need you.” — John Galt (Atlas Srugged, by Ayn Rand)