She Blinded Me With Science
Man Alive! Chapter 2: The nature of your nature

Kids love to dress up in costume. It’s adorable—generally—serves to develop a sense of metaphor and imagination, make believe, and so on. Archetypes range from the magical Santa & his helpful elves & reindeer, to the cuddly of Easter Bunnies, to the scary, sinister or humorous of Halloween.

So, I propose a modest challenge in contrast. 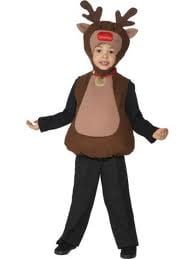 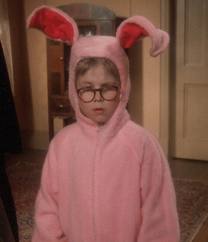 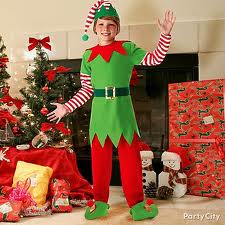 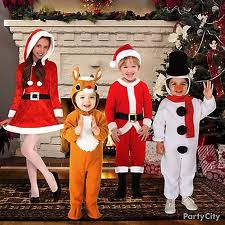 Or…these. Archetypes in survival, strength, independence, wherewithal, mindfulness, measured aggression, and when the situation calls for it: bloodthirstyness. 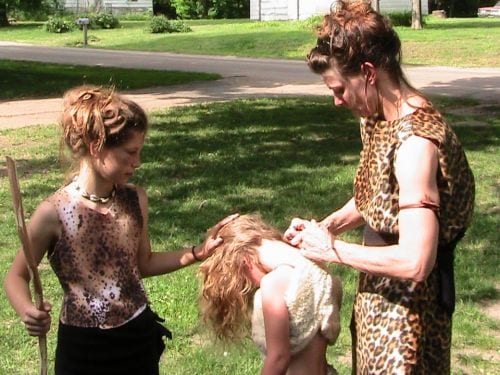 Reader & head of household Sadie sue, getting the girls decked out 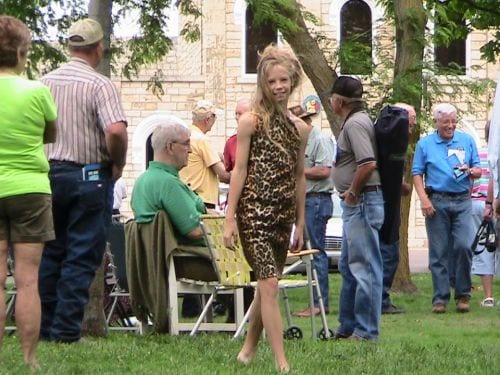 The Athlete, Supermodel & bookworm, I’m told; all of a solid 11 years old 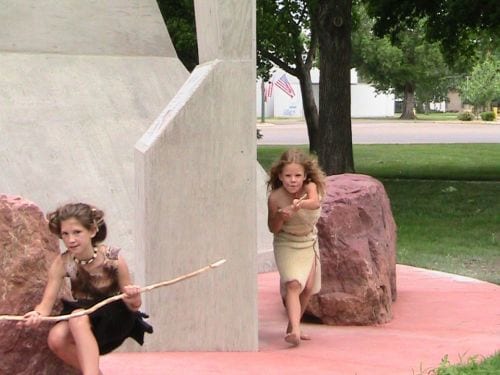 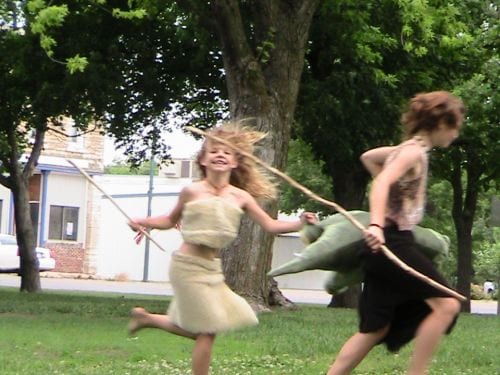 In case you though it was only very, very serious…

But sometimes, it is very, very serious. 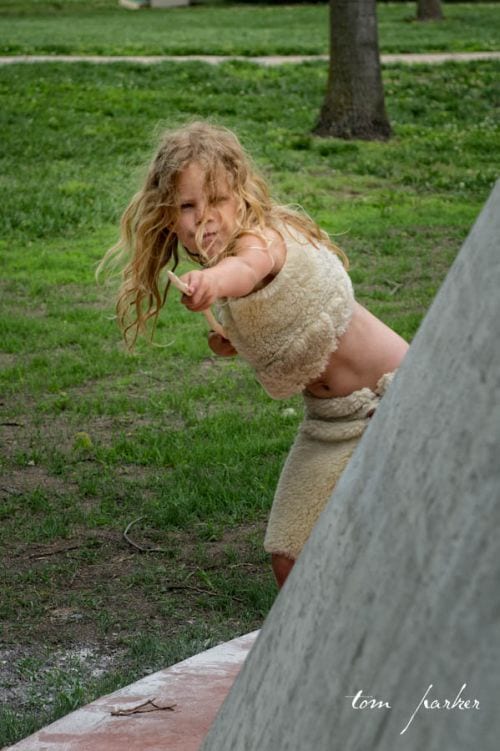 Little Zoe just turned 7 and I love her intensity. If she was a real cavegirl, imagine how she might have learned, not from dress-up and make-believe, but from real life; how to manage her own affairs and make a real influence and contribution to a small society we evolved within to be the social animals we are. …And in 12-13 year’s time or so (more like 20+ from her mom’s perspective, I’m sure) that intensity could serve to convey that anyone who really wants her must first prove himself worthy. So there’s another archetypical cavegirl idea for you.

…That photo was taken by Tom Parker, who graciously gave me permission to use it. He covered the dedication of the Ice Age Memorial at Blue Rapids, KS, in the Town Square. Tom also has a post up with other photos of the event.

Ice Age children wearing animal skins and wielding spears might have startled some in the crowd Saturday morning at the dedication of the new Monument to the Ice Age on Blue Rapids Round Town Square.

The children were local youngsters dressed for the occasion as they appeared just as the ceremony began at the new exhibit crafted in concrete to symbolize massive glaciers that stretched at least twice from the Great Lakes region into what is now Marshall County.

George Callison, Blue Rapids native, came up with the idea for the $100,000 tribute to the Ice Age and donated much of the funds to build it. […]

“It’s good to come to a place that honors geology,” Buchanan said, noting he hopes the monument will foster public understanding of this region’s rich glacial soil.

Nearby Alcove Spring offers examples of the region’s geology, and Buchanan considers it one of the most significant sites in Kansas.

The Blue Rapids monument has interpretive graphics describing the Ice Age and a button that starts an audio description of life more than 10,000 years ago. The voice, recorded by Callison’s daughter, Leslie Meredith, greets listeners as “survivors of the Ice Age” and describes the creatures that once roamed this area — saber-tooth cats, super bison with 7-foot horn span, ground sloths the size of small vehicles and 6-foot giant beavers.

It also displays one of the oldest rocks in Kansas, which is commonly found here — Sioux quartzite — from the ancient Canadian Shield that rode the glaciers down the continent.

Sadie emailed me before and that email turned into the insanely popular and controversial post on hungry kids. She tells me her kids aren’t hungry, anymore. She adds:

I am so happy that I had my tinfoil hat on about the GMO foods, and that led me to find paleo (and your site). I didn’t need to loose weight, but my skin is much clearer; my girls sleep very well and my 11-year old (the AP student and bookworm) lettered in two out of 3 Jr. High sports! All three had perfect attendance for the entire school year when other kids were out for days or weeks at a time. Not all of that is due strictly to genetics, some of the credit definitely goes to paleo…

We are big on community involvement. As the youngest Board Member for the Historic Society, the blue-hairs are always talking me into supplying the “color” for events. I have over 100 costumes that we have done for various purposes, but the photos for this one seemed custom made for you. I am very grateful that I ran across your blog when I was trying to justify protecting the girls from the horrible chemical laden garbage that is touted as ‘healthy”, and thank you for providing an outline of things to consider and research that might enhance my role as “head of household’. Most of the people that I know think we are batshitcrazy (TM) for taking grains out of our normal eating patterns, but I feel great and the kids are flourishing!

Well, there you have it.

And guys. No, not all of you. Just the single, 40-somethings who have established themselves in life, are cavemen in their own right in a way that upholds and compliments the ideal set by Sadie sue and her beautiful daughters…do note that she’s “head of household.”

I’m going out on a limb here, but don’t I do it all the time? So, at the risk of getting a WTF? email from Sadie, any of you guys have any business that might need doing in Blue Rapids, KS or thereabouts? Or, can you make up a believable excuse? Just sayin’…