It’s Monday evening, up at the cabin.

Beatrice and I left town Saturday morning. We drove to Sacramento, checked into a hotel, and went over to Jorge’s home—one that takes its foundation in an old neighborhood. It’s this side of humble, but cool—a superlative, old growth tree neighborhood that he was happy with; and, he  paid off that house about 10 years ago.

When I first saw it many years prior, I loved it on more of an ethical level than anything; by which I mean, the ethic of it was gravy. I knew he’d likely live his whole life there. It was a wise choice on levels and tranches of the wisdom he was all about. He was already in touch with that so long ago. It was a cool place with much potential. He attained most of that over the years in little improvements here and there, making it more and more about him, and his own.

…It was for a celebration of his truncated life that we were there for the whole afternoon. Dozens upon dozens of people from all over the world in attendance (the number of friends he collected over time a space…). My own entry. Dozens of people spoke, relating their stories of him…from sea to shining sea, and Cal Berkley. 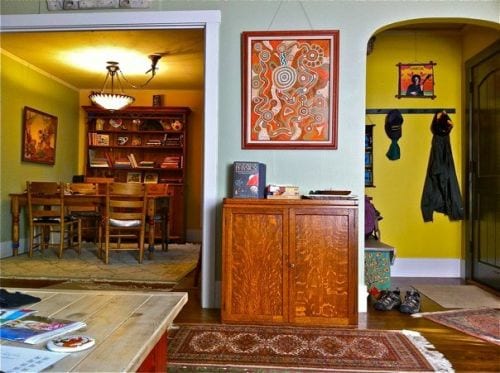 Switching gears, now, Beatrice just finished her 29th or 30th year of teaching kids. When school ends at about 2:30 every afternoon, she almost never gets home before 5:30 or so. Sometimes much later. 7:30 is not uncommon.

It annoys me, sometimes. …That’s only until I tell myself to fuck off. 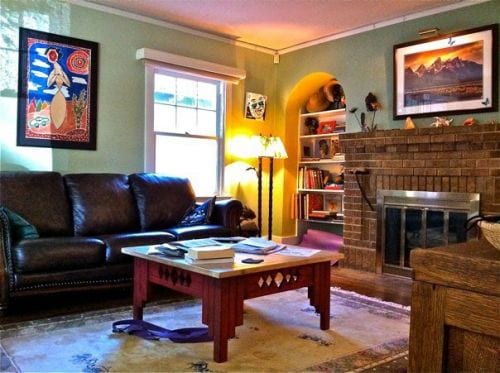 I’ve been with her for about 15 years. The word “Union” has never come out of her mouth once. Ever. Not one pathetic pay-me-or-hired-gun’s-ll-force-you pussy shit. She doesn’t give a shit, unlike her inferiors. But what do I know? Perhaps Union agitation is just all the bomb and I’m just a clueless idiot. Well, I’ll bed down in ignorance, then.

I fixed her a meal tonight. I think she liked it. I hope.

No Union Members were harmed, or were their contacts cut or threatened, or did any union member get the slightest whiff of a hint that they would not get to, nonetheless, get to collect an unearned living in the cooking of this meal. 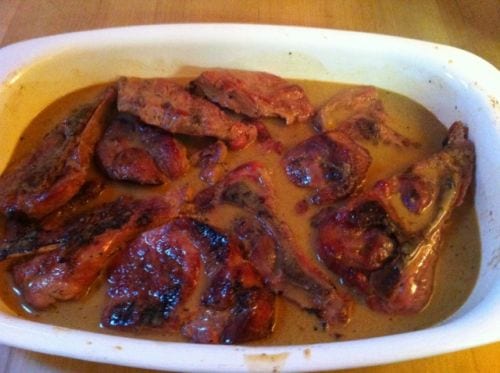 I grilled the pork steaks on the barbie. In the meantime, I sauteed lots of shallot and mushroom in butter, reduced white wine, and then reduced a full 2 quarts of chicken stock to get a full flavorful and non thickened sauce (yea, I strained out the sauce in the end).

I hate my wife, dontacha know?

And here’s this evening’s music selection. R.E.M. Everybody Hurts. Came to me in that last second, here. It’s the way things roll with me, now and then. And I always roll with it when it does.