James Krieger: Welcome to the Internet, a few years late

Hot Grills, would you go home with this guy? 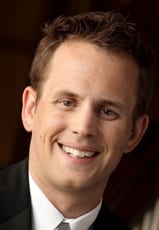 OK, total cheap shot—anyone could do the same with me—but he decides to continue. I already kinda regret the shot, and am fully prepared to lose sleep over it tonight, until weariness overrules my conscience, which I predict will happen between 1am and 3am. …But it’s how I roll.

The general debate between us is somewhat relevant in general, and now it’s my task to make it—at least—entertining. I hope. And why? Because I have to make my cheap shot up to Jamie somehow, so I want you to go read what he has to say in the matter and as always: you’re the judge.

…Jamie suffers from a time warp where, as in the olden days of Internet, quoting and debating was like this:

Yea, I did that when I was a kid, too. I got on USENET in 1992/3. That was the way things were done. It was valuable. The smartest and cleverest people on Earth were doing that, and probably because in those days, you had to really know how to get to the anarchist USENET, as it was. I suppose it’s just as anarchist now, in various ways, but they’ve since made it easy to get on everywhere, and so you have to contend with more morons than smart people. The childproof cap has not only been removed…what? I dunno.

So, instead of going out-of-context for effect like that (on purpose), once I began blogging in 2003 regularly, almost a post per day all these years, I began to get away from the deconstruction deal—it makes for an awful blog post—into trying to encapsulate what someone was tying to say in total, dealing with that in total, letting chips fall.

When you get good at it, you can even integrate stories and experiences—anecdotes and whatever—all for the purpose of distracting folks from SCIENCE (TM), and TRUTH (TM). 🙂

I’ll give you an example. I wrote a comment to Jamie and blogged it here, with little in the way of embellishment in the blog post. It took him almost a week to deconstruct the bits & pieces he wanted to highlight in a post, which he did here, as already linked twice, and now a third time.

As with others’ posts about me, it’s difficult for me to actually get through it, and it’s about me! I dunno, Jamie, but have you ever stopped to wonder why your posts get 4-5 comments each, and mine regularly get hundreds?

Perhaps, you’re just fucking boring? Check into it, man. Free tip. Or, run that argumentum ad puplulum as far as it goes and with any luck, you’ll have no readers at all.

That’s really the meta-point before I even begin to address his stupid bullshit deconstruction. He’s all for science, and I agree in principle. But he hides behind it. He uses it as a shield to elevate himself above those crunching out or working some science day by day and who are helping people, in spite of errors. I’ll have more to say on that point at the end.

It’s too bad that Jamie glossed over my “Larry the Liquidator” bit at the very beginning of my comment. It prefigured what I had to say and what I had to say was about value investing vs. speculation and gambling. But he’s a “basher,” or he loves them. That is, he values bashing for the pure value of bashing. I’ll tell you why, and it goes to the analogy he used in the first place about stock trading. He chose the analogy.

Value investing, to do right in the Warren Buffet sense, is intensely hard. You have to spend months, even years analyzing a single company for not only physical assets (not so important because Larry is always there) but balance sheet, P&L, management (huge biggie), market, market potential given the foregoing and so many hosts of other things.

But here’s the deal, the most important deal: there’s lot’s of well-positioned, well-managed companies with good potential. Warren is looking for those few that have been “dumped” or “bashed” a little much. When he finds them—”undervalued” in investor speak—he makes a huge bet.

His record speaks for itself.

On the other hand, there are speculators and gamblers, and the distinction is difficult to make. I was one, so I know. For a day trader, speculator, gambler, none of that foregoing shit means a thing. You’re looking at “technicals” (the chart pattern over various time periods), sentiment (what are other investors thinking of doing), news (how is CNBC, et al, going to influence trading), futures, foreign markets, or some combination of the foregoing (I tried to account for all as best I could in trading options).

Do you see the difference, and do you see why and how I turned Jamie’s analogy on its head in terms of my dealing with Evelyn at CarbSane? In short, we have no need of bashers around here, just yet. And how many people are dumb enough to make a career of bashing a startup that hasn’t even “gone public,” yet, to force the analogy a bit further?

OK, I’m sure I haven’t detailed this post enough as to not have people going WTF? Well, follow links, if you like. I’m not your mommy.

I’ll close by saying that I do not at all think James Krieger is in the same camp as Evelyn. From what I know, he has been critical, and has given the science as he sees it. He’s not written dozens of posts contre Taubes, or anyone else. As far as I know, he adds more than he bashes, and I only suspect that because I know he’s often mentioned along with Martin Berkhan, Lyle McDonald, and Alan Aragon—and I know for sure they don’t work that way.

In the end, I kinda regret having to go this far with James and go pussy-assed cheap shot on him, but he just had to defend Evelyn, and Evelyn is an enemy.

She is an absolute enemy. Her only raison d’etre is to tear down anyone she can find around paleo, LC, Lustig and now, Cross-Fit—imperfectly helping real people. She is a cancer, and the sooner she’s cut out and tossed to the dogs for digestion, the better