It’s been nearly two years now since we took a trip internationally. Far too long. It’s not in the making this summer—so far, anyway—so I thought I’d review the last trip, July 2010. It’s for myself to relive it a bit, but also for those readers who weren’t around at that time, perhaps to inspire and encourage to get out there and see the world a bit.

The story of how this particular trip came about starts in the summer of 2006, when Beatrice and I headed off for a 3-week tour of Europe by car, no hotel reservations. We touched down in Paris, got the car, stayed the night, then headed south towards Barcelona. From there, we hugged the Med all the way up through Spain, across France, down into Italy, all the way to Pizza. After a couple of days in Firenze (Florence), we headed north, passed through Switzerland and just a bit of Germany, then west back to Paris for the flight home. In all, about 6,000 km. Each afternoon, we’d stop in a place we couldn’t not stop at, I’d drop Beatrice on the waterfront, and she’d go from hotel to hotel until someone could show her a nice room with a view she liked; she’d ring me on the phone, and we’d have a place.

I’ve travelled this way—no reservations—a number of times and it’s my preferred method of vacation/touring travel. So much better when you can see the whole context and decide accordingly. Those wanting to follow along with our Eurotrek 2006, posts begin July 3, 2006 in the archives, and run through July 26.

In one of those posts I wrote this:

Upon departing Nice we took the auto-route and headed straight for Italy and its Cinque Terre region. I was due for three days of relaxing on the beach, so we decided to forgo Rome this trip and take a breather. We chose Monterosso and I loved just about everything about it — especially the part owner of the hotel we stayed at. 35 years on the job and you get good at it, and he is. 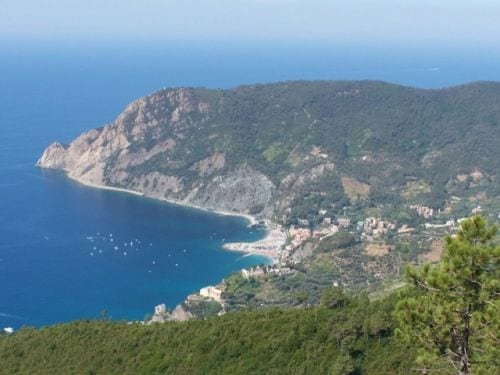 …And so it was sometime in June a couple of years ago that I decided, spur of the moment: let’s go to Italy for a week and, let’s go to back to Cinque Terre. So here’s a little summary of the trip, excerpts from each post. Kind of a virtual revisit.

Heading off to Italy tomorrow. Monterosso, in the Cinque Terre region. Returning next Thursday. We’ll be spending time on the beach, hiking the trails (4min video) between the five villages, and eating lots of fresh seafood. 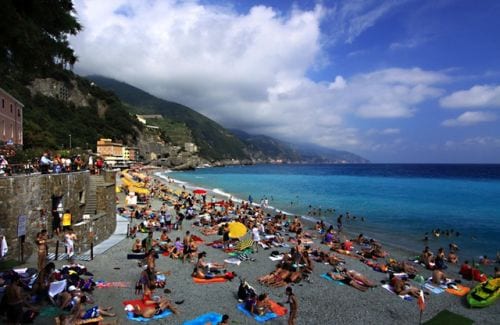 The Beach at Monterosso

Arrived yesterday in Monterosso after a drive from Rome. Lots of fun. 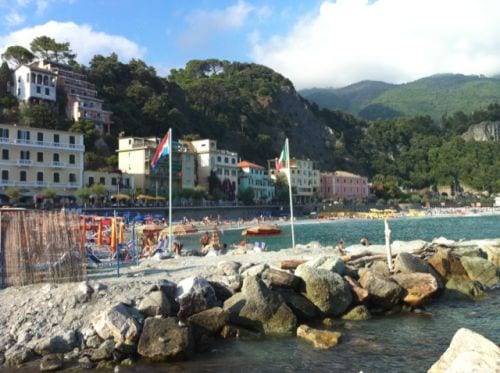 A look at the waterfront

The Drive: Rome to Monterosso

Here’s a video I put together — mostly for my family and close in-person friends — but thought I’d go ahead and post it on the blog. Plus, there is at least a reference to “Primal driving.” […]

Another reason to toss it up is perhaps to encourage world travel in general for those who haven’t, yet, and to really get in there and travel, and to do so by car when you can. Trains are fine for getting from A to B, but with a car you can get to and see many surprising places off the beaten path that you might not otherwise see.

Comment: I think some of you may enjoy this video. The first part is to demonstrate the amazing engineering of the tunnels and bridges along the northwest coast of Italy and the second part is the drive down the windy road to Monterosso in a fun little Fiat 500 with a stick shift. Beatrice was a bit scared, as you’ll hear.

That entire video was recorded, then later edited down from 18 minutes and uploaded to YouTube on the iPhone 4 with the iMovie app—while laying on the beach. 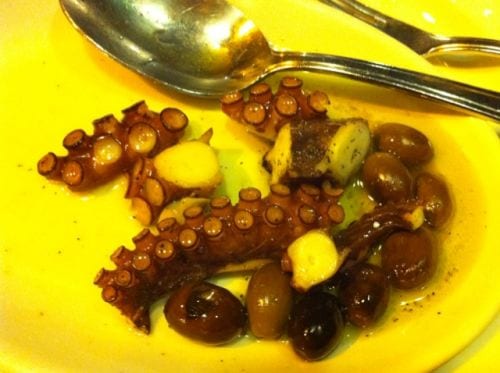 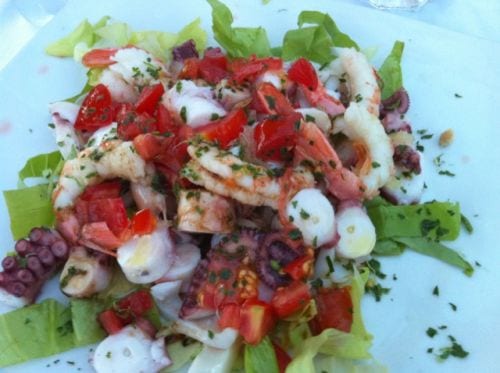 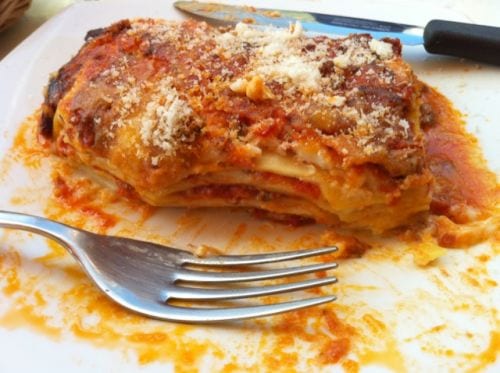 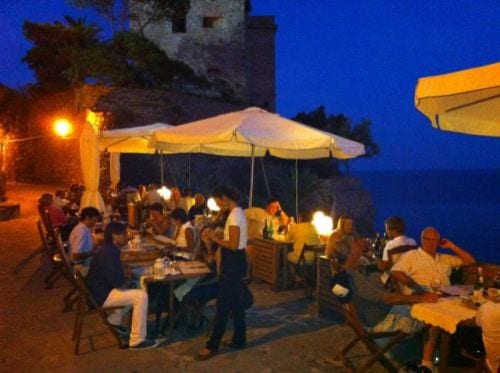 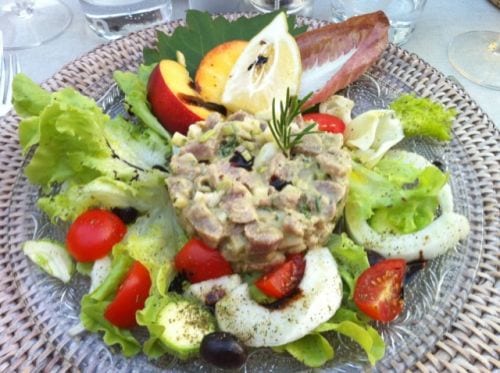 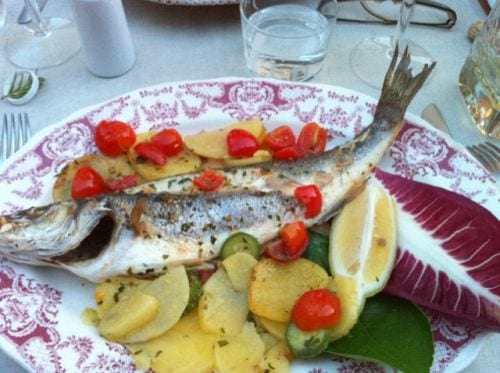 Back in the Loop With Some Odds & Ends

It was interesting, four years later, to visit the same places with a completely different perspective on food, relaxation, and activity. […]

And it shows. While I had the impression there were a few more small “pot bellies” on the men and hips on the women, it’s still remotely nothing like what you see here in America. Perhaps 1970s America. And here’s what you never see: people walking down the street eating or sucking on some quart sized sugar drink. No, they sit down at a sidewalk cafe and take the time out to eat and drink. […] 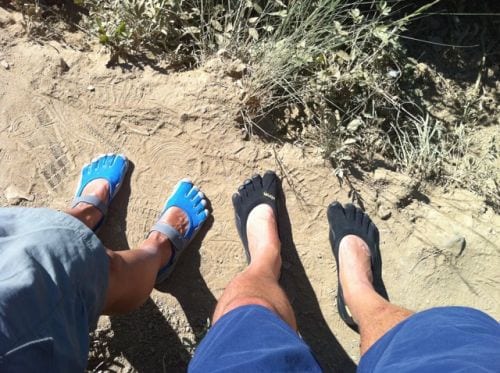 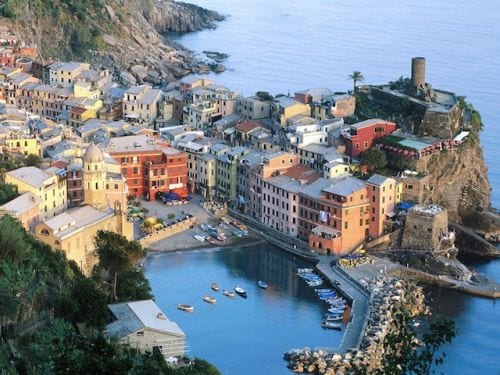 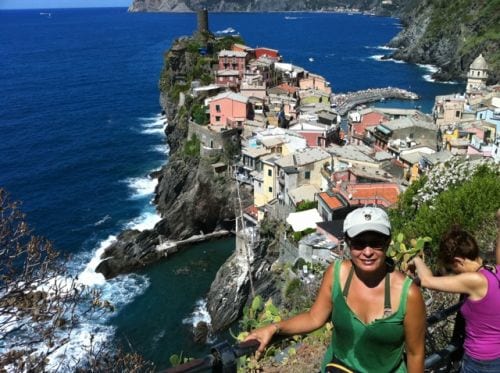 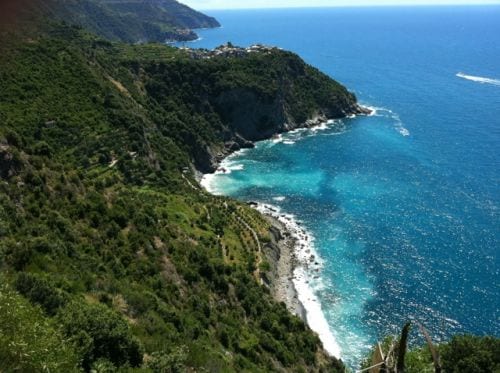 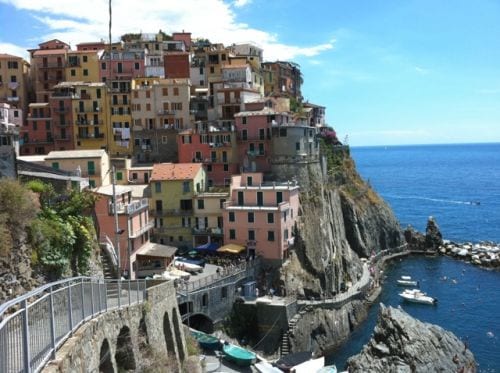 It’s interesting how the Italians enjoy the water. First, it’s a family affair and Bea & I both noticed how different the Italians are with their kids and how generally well behaved the kids are. For one, they pay a super lot of attention, and not simply for the purpose of ordering them around: don’t do this, stop that. They play with them, and they do so with genuine interest and actually seem to enjoy it immensely. I’m not saying Americans don’t do that but what I see here is people heading to the beach with all manner of supplies, beach toys, huge coolers and so on. The kids are given a beach toy in one hand and a sugar drink in the other and are then expected to leave the adults alone to enjoy themselves and stuff their faces with hotdogs, chips, potato salad & “cold ones.” 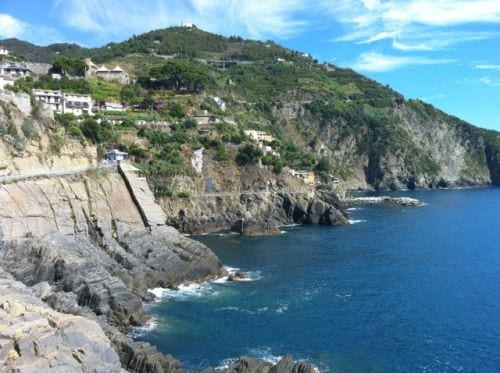 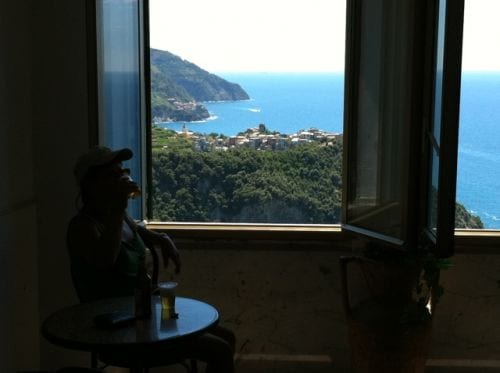 Well, I hope you all enjoyed the virtual trip to Italy as much as I enjoyed the trip down memory lane.