As I posted a few days back, we’ve been spending the week up here in the mountains. It’s been fun, not the least of which is that yesterday afternoon, J. Stanton of Gnolls.org took a drive over Ebbetts pass at 8,730 ft., from Lake Tahoe to join us in Arnold—at a mere 4,000 ft—for an evening of chat, visiting, grilling meat. 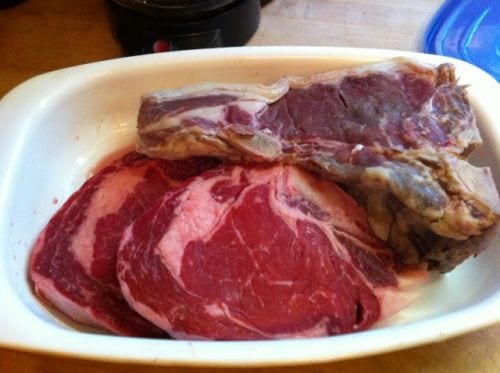 J. brought one steak to share that he’d cut himself, in a butchering class. Guess which one. But before doing all that, drinking port wine after dinner that he’d also brought, and staying up until about 2am talking about spotted hyenas and the individual and social behavior of many other animals—as well as the evolutionary clues we can speculate about—we had recorded about 30-40 minutes of video discussing various topics out on the deck.

Only…the video camera stopped recording at 2 gigs of data without a courtesy notice. At the HD setting it was on, that came out to a mere 8 minutes of our interview/discussion. Alright, lemonade time. That was rehearsal!

So we got it done this morning. 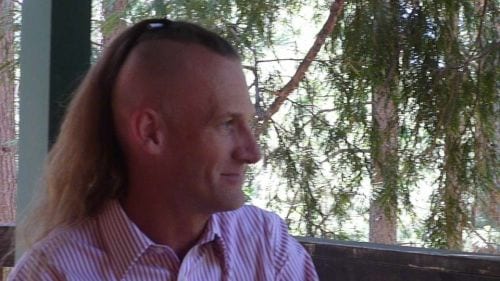 We talked about a lot of stuff and I have a lot of video to mash up, from two different angles—the one on the tripod and the clips Beatrice was shooting at different random angles.

So here’s the 1 minute teaser.

I’ll have a full interview up in a day or so, so, don’t touch that dial!

Update: The full interview is now posted: The Very Gnollish J. Stanton Interview on Everything