Well, I’m two chapters away from completing version 2.0 of Free the Animal: How to lose weight and fat on The paleo diet. It’s actually been a lot more work than version 1 for me, for various reasons but mostly because I really want to improve it a lot. Anyway, that’s what’s been taking up my time.

In other news, my publisher has begun putting up excerpts on Amazon that cover various topis, 5 in all, so far:

Now, I’m off to San Francisco to the publisher’s office where he’s arranged for a videographer and an interviewer to do about 90 minutes of footage about the paleo diet. More on that later. It’ll probably be something like a beginner’s instructional guide in 5-10 minute chunks.

Here’s a couple of photos I took while Beatrice and I were in Santa Cruz Monday. It’s a juxtaposition, needing no explanation other than that in the second photo, it’s what we actually ate, and that was after splitting and finishing off a whole dungeness. 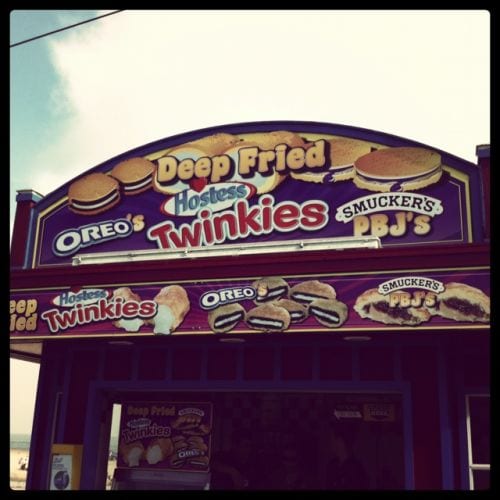 A picture worth a thousand words. 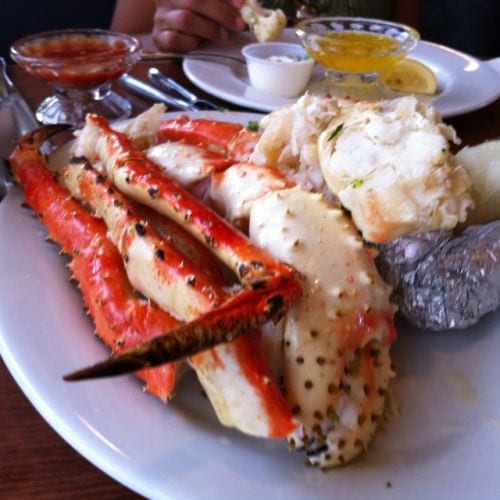