I’ll sing the praises of tumblr first. “Those” get a brief mention later.

I got a micro-blog off and running, as I trumpeted yesterday…and, well, let’s just say I’m impressed with the individuality and anarchy of the thing—as least so far as I’m seeing (exceptions always abound). Literally: there is everything there, as audaciously unabashed and varied as it’s possible to be—but in a pretty sane social network environment. Count me refreshed; on levels of refreshment.

…But that’s just me.

The value this absolutely does represent for me is that people are figuring, calculating, pursuing and socializing their own values in micro. But even more importantly: not requiring I pay or contribute to it. Seems to me they have only one request: leave me and my  friends The. Fuck. Alone. I’m fine with that.

I hope I’m right in a general sense…that the principal ethical principle eventually extends to bullshit like “universal health care” and all other wanker pussy sissy liar posuer fucking bullshit. So, that…when you shit out of your own mouth, stupidly using a general collective term like “society,” you’re increasingly laughed at (or are told to fuck off…I don’t much care which, though I have an affinity for the latter).

Go take a big eyeful of tumblr. Tell me that’s a monolithic “society,” as every single elected criminal and their bedfellows in church and media have used the term since elections got cool and shit, and people got more stupid than fucking stupid.

It’s a million “societies,” and the only relevant question is then: whose society?

I ask this question all the time in comments: whose society?

The other relevant question is what are you “social engineers”—who industrially imagine everyone just about the same because there used to be factories and the human drones have been largely replaced by electromechanical ones—gonna do now? I have a modest suggestion: …(you can guess)

It’s delicious to me that so many out there don’t like me, hate me, whatever…. 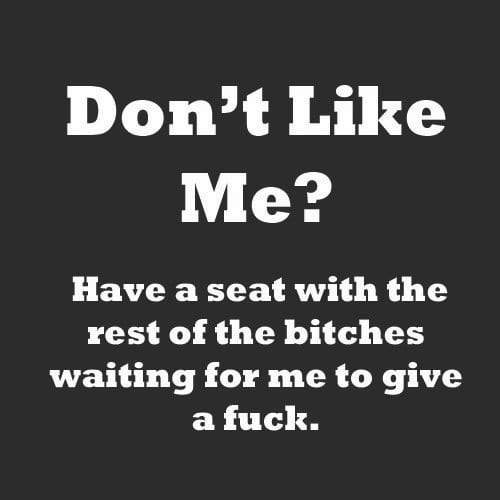 There you have it.