Yet Another Beef Liver Recipe: The Greek Way 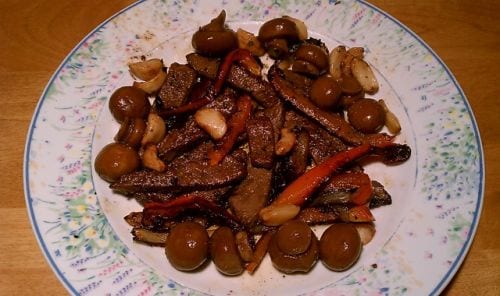 I had 13.5 oz of grassfed liver—a gift from Sophia of Grassfed Jerky Chews—so I increased the other ingredients roughly proportionally. While I was able to find marinated mushrooms easily enough, the two high end markets I went to had no roasted garlic, so I used this procedure from theKitchen on a bunch of peeled cloves (I got a tub of those at Lunardi’s for $1.50, worth every penny if you’ve ever peeled about 18 cloves of garlic). Wow. I’m roasting garlic more often, and telling Bea never to buy potpourri again. 🙂 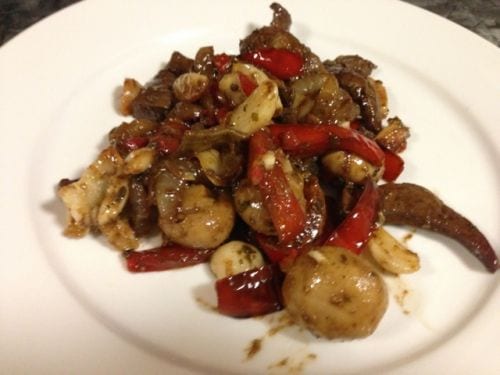