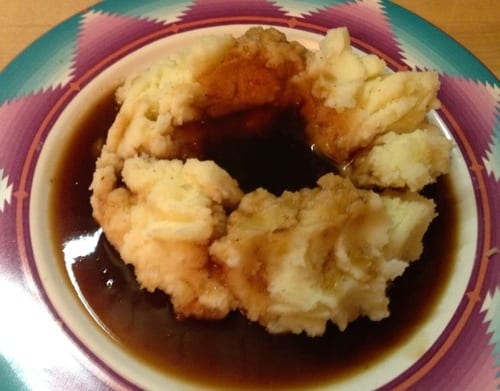 And that’s it. The shallot & mushroom really make the sauce or gravy special. Typically, you’ll want to sauté those in butter first, but since we’re doing this the low fat way, I just tossed ’em directly into the stock reduction at the front end. Didn’t notice any difference.

I recommend eating it with a spoon. I had the equivalent of probably 2 1/2 potatoes and Beatrice one potato. We have some leftovers for breakfast. 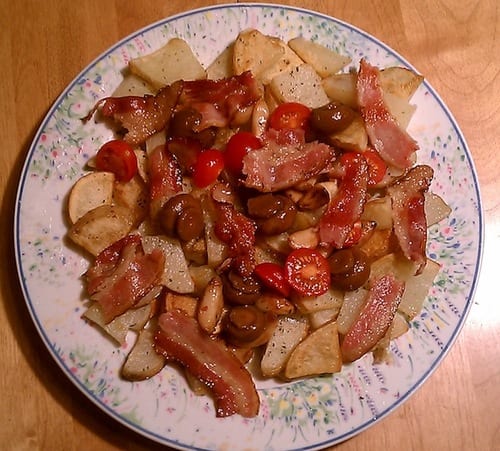 So there you have it, 2 dishes and as you can see from Marie’s story, a bit more protein and a bit more fat doesn’t seen to have any adverse effect.

Here’s one more idea I did this afternoon, 1 potato. I think this has been mentioned by someone in comments somewhere. Nuke it for 5 minutes, then place in the refrigerator for 30 minutes. It’ll be warm by this point, neither hot nor cold. Peel it by just using your fingernail to raise a piece and pull. Slice it about 1/4″ think, lay out on a plate and sprinkle liberally with salt. Then dash it with malt vinegar, not too much. Very, very tasty.