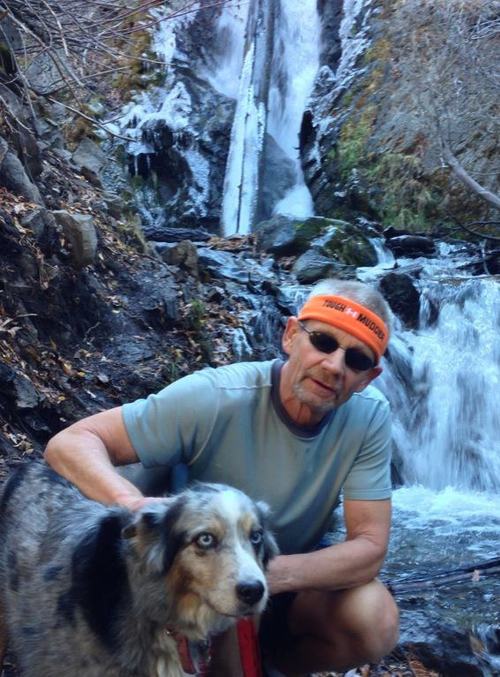 He was the youngest of 6 children when they came over on the USS General Hersey in 1952 and bussed it from Ellis Island to Reno, NV where their sponsor lived, and where I was born 9 years later. He did the Tough Mudder earlier this year and made it through very well.

Back when I was in my 20s, he did the Western States 100, from Squaw Valley to Auburn, CA—over the top. He may have done it more than once. In terms of credentials, he has a bachelors in nuclear engineering and a masters in electrical. he knows a lot about good food, gourmet preparation, world class wine.

But in the end, look at what he looks like, 2 months out from his 65th birthday. That’s just a win. …I believe Pepper, the doggie, is about 14. Takes one to know one, I guess.

…I have just commissioned my dad, who’ll be 75 right before I turn 52, to write up an essay about how he almost starved to death in post WWII Germany. Potatoes saved him.