“Anti-intellectualism has been a constant thread winding its way through our political and cultural life, nurtured by the false notion that democracy means that ‘my ignorance is just as good as your knowledge.'” — Isaac Asimov

“The best argument against democracy is a five-minute conversation with the average voter.” — Winston Churchill 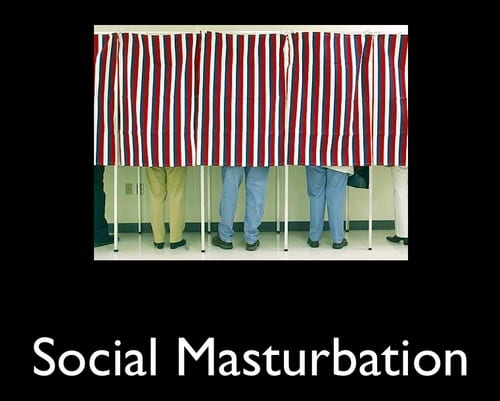 There you go: your 1 in 300 millionth say in your own affairs! Wowzers!

It doesn’t scale, folks. It simply doesn’t, never will. Moreover, because people are incentivized to not think—but to instead simply meander with the herd—you basically end up with a dumber and dumber herd of cattle. 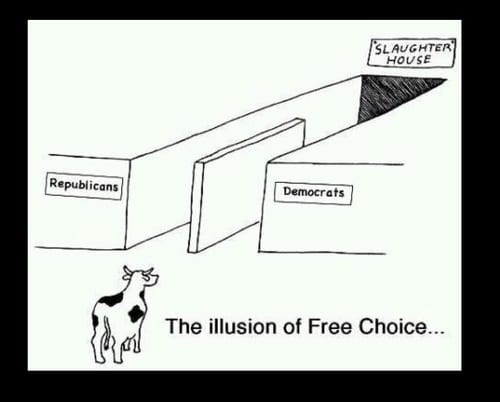 “As democracy is perfected, the office of president represents, more and more closely, the inner soul of the people. On some great and glorious day the plain folks of the land will reach their heart’s desire at last and the White House will be adorned by a downright moron.” — H. L. Mencken (Baltimore Evening Sun; July 26, 1920)

Nobody gets out of this alive.

In the next installment I’ll give you my comprehensive list of social solutions to this little dilemma.