Chick Asks What She Can Possibly Do With Just One Potato

Actually, she (Catherine McCord of Weelicious) uses two, but you’ll have to watch her explicit video to see how she manages that.

I have no idea whether this is safe for work, or not.

I found it didn’t work as well for guys like me. The butter was sufficient, but I preferred two russets, and also preferred the one I peeled beforehand, and buttered up. Likely something to do with reducing the volume….

Alright, let me break the gratuitously stupid suspense with a picture of new puppies. 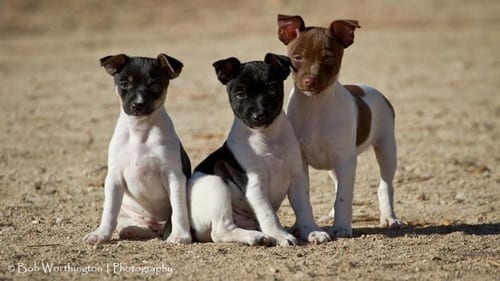 Killers in the making

Those are of the latest litter from our longtime Rat Terrier breeder, and horse lady friend Nancy, AKA “Wild Oak Lady.” That photo is courtesy of her son, photographer Bob Worthington. I can’t seem to quit looking at it (click it for bigger). 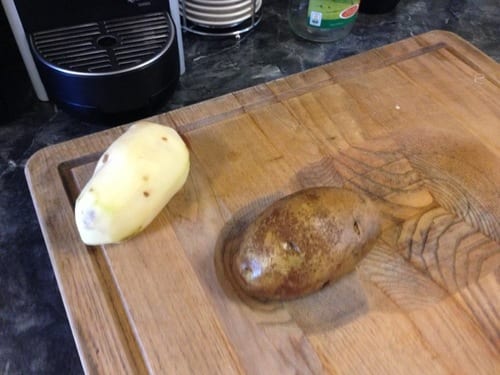 You can use whatever method you like from the video to slice, but I thought of this cutting board I have with the indentation for a turkey, and then just used a long knife right to the board, so I don’t cut all the way through to get that fan thing going, but don’t have to fuck around like a lame duck, either.

I also did the cut—to make them lay flat—on the narrow, not the fat side, so that they stand more erect. Who doesn’t prefer erect? 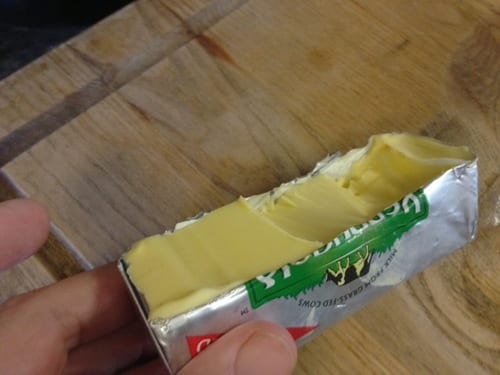 In keeping with my potato hack ethic, only 1 tsp of fat per potato. Unfortunately, Beatrice got into the butter last night for her rice, and apparently, does not slice from the end… 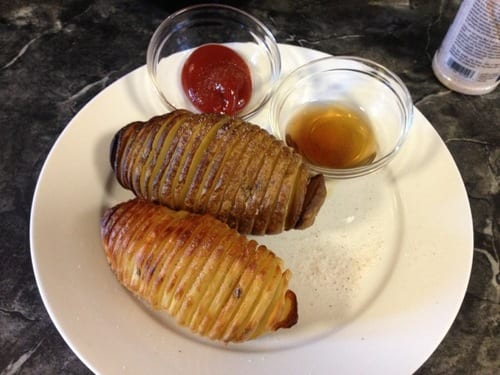 Instead of two unpeeled potatoes, one russet and one Yukon gold, I did two russets—one peeled and one not.

She called for 475, for 30 minutes. I put them in (brush buttered & salted) when the oven was only at 300-something, and so set the timer for 40 minutes. Not near done enough at 40, and went another 15m after spreading the rest of the butter on for that last round.

I had TJ‘s organic ketchup and malt vinegar on the side, lots of sea salt. Hands down winner was the PEELED, malt vinegar. That one was gone before getting even half into the other.

The one with the peel was too…unprepared…inside, really. I surmise that’s it’s probably best to just peel it all off and let it hang out there, exposed, for a better result.