“Where There are Laws, You Will Find Crime”

I heard that a long time ago (it’s a good thought project on cause/effect by definition) and for some reason or the other, attributed it to Solzhenitsyn, but a lot of Google searching turns up nothing for him or anyone else.

Anyway, this will do. 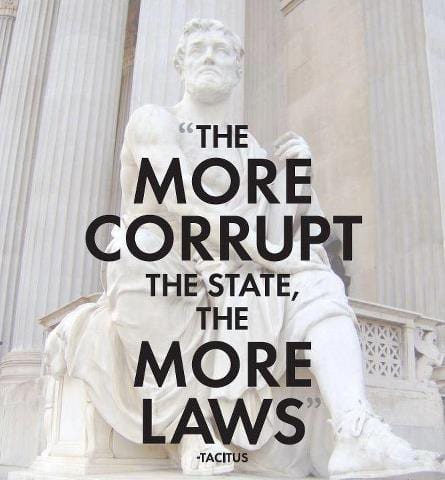 I miss the Greeks.

2,000 years later, and even the Greeks haven’t a clue what the Greeks were saying—like, 2,000 FUCKING YEARS AGO! Especially and particularly, so.

But there’s nothing to see here. Back to sleep. You—Americans—can catch up with even the Greeks, in time.