In a pure stroke of serendipity, I got an email from a friend this morning just after I’d posted this to my close, real-space friends and family on my personal Facebook page:

Just heard the “News” that some player on the 49ers said something stupid about gays, has to do the whole “public apology” deal, yada yada.

Modest suggestion. From now on, how about at the end of every news program, local and national, from here out, they end the program thusly:

“In other news, a bunch of people said a bunch of stupid shit today.”

The problem is, I was only half right, once I saw the subject of my friend’s email. That last line ought to have read:

“In other news today, a bunch of people said a bunch of stupid shit, and a bunch said unpopular but nonetheless true shit. You figure out which is which; but in any case, nobody should call for public apologies and nobody should give them. That’s for children. get over it.”

Are you not sick to death with the infantile, public, self-immolation that must always follow anyone with any influence saying something that’s on their mind or heart, whether dumb or true? But, true—or even frustration inelegantly expressed—doesn’t seem to be part of the equation, ever. The only equation at issue is if some protected victim class like LGBT, womyn, “minorities,” handicapped—or people who like beer pong—take offense.

…Or, I guess, the pathetic privileged Californian in a state that has for decades squandered its accumulated capital as arguably the greatest state in America. I won’t even get into the financial disaster, the budget deficit, the drunken sailor spending, that fuckwad Jerry Brown, those wastes of sperm in the California legislature, that Girly Man Schwarzenegger—who was incidentally right when he called the aformention legislators the same name and then lost his will—all the while he was there to do something about it in the first place after Californians, in a rare moment of sanity, booted that shitstain Gray Davis.

Nope. Won’t talk about it. Why? Because everyone in the golf world is talking about Phil Michelson and his audacity to complain about tax increases for the privilege of living in a state on the brink of bankruptcy after decades of doing everything that can possibly be done wrong from a sound, fiscal standpoint. …Not to mention his privilege of living in “The Land of the Free.” It’s a coin toss which one is less responsible in pure fiscal pragmatic terms; but, one does have the self-granted privilege of being able to print its own money and the other does not.

You can go Google the whole thing, but so far as I can tell, there’s far more articles in support of Mickelson than this snide tripe by a brown-noser beta-male named Tony Nitti in Forbes. “I focus on tax policy, court decisions and planning opportunities.” Shorter Nitti: I’m a cheap little whore errand boy for legally sanctioned monopoly Mafioso.

In the end, most everyone’s either a parasite or a petty mobster, now. Either you’re among the roughly 49ish percent who get more government benefits than you pay in—making you a parasite whose immediate demise would be a net plus to society—or you’re among the rest agitating to become a net beneficiary, to live more and more at others’ expense, i.e., a petty mobster.

The class of folks who actually produce the most economies others benefit from…guys like Mickelson and others in the sports & entertainment industries, entrepreneurs, etc….oh, how dare they open their mouths and “offend” all the parasites and petty mobsters, to ‘whose grace, mercy and generosity they owe their very lives.’ Hell, aren’t they just lucky enough already? …And how dare they shine a light on the root envy that underlies all of it.

Here’s the deal. If Phil Mickelson vanished tomorrow, it would be an enormous, net financial loss to the golf world, and that flows down. The only reason that golf-fan world sees fit to pay Michelson the millions he gets every year is because his talent, consistency in employing it, and presence creates far more real dollars than that. All those TV shows, all that logo apparel, endorsements, golf courses…all the stuff down to the people who cook burgers and wash tables in the clubhouse caff: they all rely on Mickelson and others like him to keep that whole gig going.

I contend that this is business between Phil Mickelson and his fans, every single one of which is free to withdraw his or her support of him any time they feel like it, on any grounds. It is nobody else’s business in the whole world; and those without that status are just parasites and petty mobsters. Black & white.

In other words: Mr. President Obama, sir: you didn’t create that! Nor did you, Californians, or Americans in general; and so, far from offering a contrived apology for appeasement’s sake, Mr. Mickelson ought be telling you to go fuck yourselves.

It’s really too bad that Atlas Shrugged is only fiction.

You go, “foreigners.” Thanks for keeping the spirit we squandered, alive.

There is trouble in the forest
And the creatures all have fled
As the maples scream ‘Oppression!’
And the oaks just shake their heads

So the maples formed a union
And demanded equal rights
‘The oaks are just too greedy
We will make them give us light’
Now there’s no more oak oppression
For they passed a noble law
And the trees are all kept equal
By hatchet, axe and saw 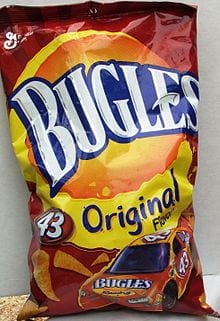 My other indulgence yesterday, whilst in my dark cave watching Breaking Bad with all means of communication shut off, was a single serving-sized bag of Bugles.

I don’t know whether for lack of attention or that they just have not been around enough to grab attention, but I recall as a kid that they came in a box, and I always really liked the taste & light crunch. I don’t even recall eating them non-stop or anything, or very often at all. They just have a nice corny taste & crunch.

Couple of months or so ago, I noticed seeing them again, regularly, like at convenience stores & such. I was curious. I looked at the label of ingredients, used to seeing 2 inches of unpronounceable ingredients for almost everything in a bag out there.

To me? Impressive, for crap in a bag. So, next time you get the urge, go for some of those instead of…like, Doritos, with a solid inch plus of “gluten free” ingredients.

Got up, turned off the phone, the iPad, the MacBook Air and didn’t rejoin the digital world again until this morning. My birthday gift to myself. Didn’t watch any TV—except episode after episode of Breaking Bad in a dark room (midway through season 3, now). Yea, I know, so don’t bother to link up The Family Guy.

The world could have burned down and I’d not have known, nor given a shit. Gotta do that more often. It was reminiscent of the days pre-90s, where I might be completely unreachable for days, weeks or even months at a time (especially while at sea, where day one is the best: that’s the day you get away from all the people trying to help you).

Woke up today, after 9 hours in the sac, got digital this morning. Downside: 88 unread emails. Many happy birthdays, FB notices on my wall, etc. Here’s the funniest thing I was sent. 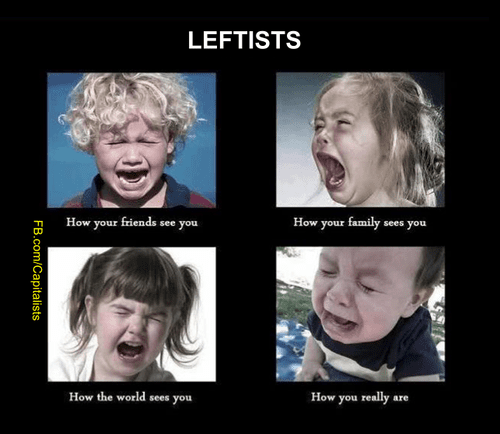 One of the more prescient; Marie, frequent commenter linked this (I pulled up a live version, but same deal).

It ought to be my theme song (another good live version from ’88). On the other hand, it doesn’t begin with “men who hold high places,” it begins at home.