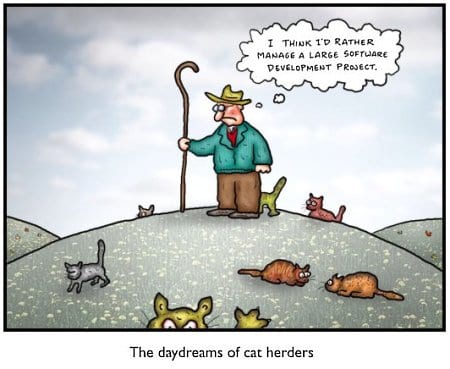 If you stop to consider all the variously different diet and lifestyle movements out there—low fat, vegetarian, vegan, Weight Watchers and so on…or even Bodybuilding, Pilates, Yoga, etc.—one aspect of them is that they tend to operate from a solid foundation with some clearly laid out principles. For the most part, those principles get carried consistently through the whole system by practitioners, advocates and fans.

But while paleo arguably begins with the best possible founding principle—human evolution and its science—that’s kinda where it stops being the same for one and all.

How is it that so many other movements in the same general category of self improvement can actually begin with a faulty premise or set of facts, yet so effectively dive into the mainstream in relative solidarity and integrity to those premises and principles up and down the spectrum; while for the paleo peeps, almost nobody can seem to agree on anything for sure or very long…and it often seems as though there’s 100 differing prescriptions for every 100 people, promoters, advocates or fans?

So let’s see where were are.

Get the picture? paleo is completely anarchist—”state” taken to mean some sort of real or imagined entity that establishes doctrine and catechism for one and all. I know there’s a lot of folks out there who seem to agitate for that, but: it’s never going to happen!

And here’s the beauty in that. There’s no established central authority to attack & criticize (wouldn’t it be so convenient if there were?). So there’s no massive population or congregation to get on your side. paleo is highly decentralized and so, all that can be done is to attack one advocate or a few out there and even if you get 100% of those fans to energize, it does nothing to the paleo body at large. Everyone else just goes on about their day and the vast majority of them probably don’t have any real sense of the controversy or drama. And that’s not even addressing care. See, paleo teaches people to care about their most important thing(s). Try undercutting that and good luck.

For my part, I’ve become increasingly amused with myself the farther I’ve distanced myself from any particular drama. And then when the deadline came and past to submit a proposal to present at AHS13 in Atlanta, I laughed out loud. Don’t get me wrong; I love & support the Ancestral Health Society; but really, it’s still only one sliver of the general paleo movement. I came to realize that I was willingly submitting to having an implied set of standards, determined by others, influence my thinking and actions (to very bad effect, rebel I am). But I really don’t want to uphold any standards but my own. My blog is a revolving door. Several thousand people see it for the first time every day. Some stay around for a while, some for a long while but most people eventually go on their merry way. That too, is a good thing.

For the better, and without anyone engineering it this way, paleo has become as diverse as all the populations, ethnicities, cultures, religions and no religions on the planet. No one single monolith like America, EU, or Asia—anywhere—begins to explain the entirely of it. It makes more sense to think of it as an entire diverse human-system that’s evolving separately from the conventional neolithic one, divergent from convention and divergent unto itself. This is good. There are feedback loops. Good too.

I say: embrace it! Remember why you love cats. They can’t be herded. Imagine you could talk to a cat and you asked it: “take me to your leader.” All of the drama has presumed that there is or ought to be a “leader.” There never was, is, or will be. Everyone gets to promote any influence they want, and when I look around, I see dozens and dozens of diverse forms of influence and leadership. That too is a revolving door.

If you think this is an important message for Paleos to take in, then spread it around. There are some buttons below to facilitate that for you.