Phil Mickelson: Tell Californians To Go Fuck Themselves
“Is the most trusted doctor in America doing more harm than good?”

Ridiculously simple and easy last night, especially if you have some pre-baked spuds: 400F for an hour in the oven, let them sit out on the counter for days, use as needed.

Burgers made thick, then onto a broiling sheet in the oven. I like 200F for an hour. In the meantime, a quart of beef stock reduced to about 2/3 cup, thickened at the end with a potato starch slurry in a few oz of cold stock (1-2 tsp potato starch, depending on the thickness you like). Season with salt & pepper.

Scoop out your baked potato or two, mash it with a pat or two of butter, season, and cover the pan on low, just warming it up.

At the end, sear your burger in a pan. I prefer ghee for this but had none on hand, so used half coconut oil and butter. As it’s searing, spoon hot oil over the burger.

I went for the thicker sauce this time, so it’s gravy-ish. Pics can be clicked for the hi-res versions. 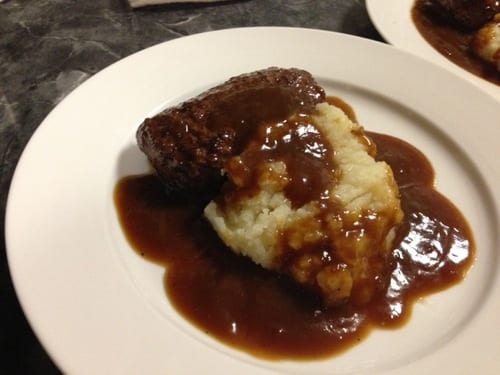 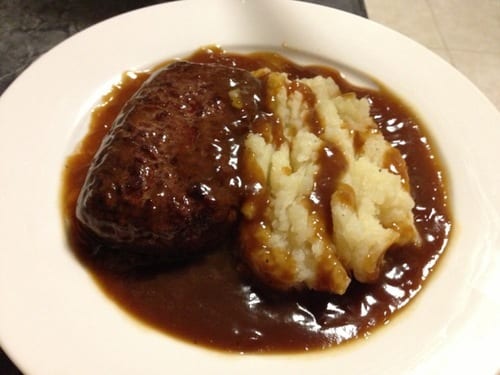 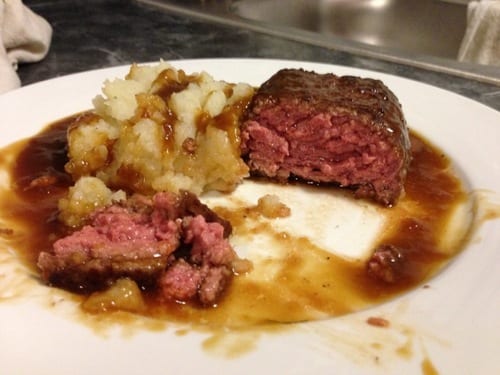 This is what doing them in the oven at low heat does for you. It’s cooked. Internal temperature was about 135, right where it should be. I like chargrilled burgers as much as the next guy, but for that application, hottest grill you can arrange and thinner patties. Cook to medium so all the fat melts.

I’m having an easy time getting my dishes to taste just as well with out much in the way of added fat as I used to do. It’s simply not necessary. Other than the fat in the meat itself, there’s no more than about a teaspoon of butter in the taters. Zero fat in the gravy. It’s the pure reduction that gives it the intense flavor, not adding a bunch of fat. One could argue that I seared the burgers in fat, so there’s that. On balance, what little remains on the surface is offset by the fat lost while cooking it.