Anarchy begins and home. Just ask your dogs.
Taxation is Theft. I've been writing that on the Internet since 1992 and I've never been confused about it, nor have I ever engaged in meaningless distinctions.
How to Be A Bigger Bully: An Open Letter to Mark Frauenfelder of Boing Boing
I. Do. Not. Give. A. Single. Fuck. What. Your. Little. Mind. "Thinks."
And so, it's time for a whole...New & Improved...Cuntosphere!
Jim Carrey the "Talkin' Ass"

In spite of trying to stay as far away from “news” as possible, I had to get up to speed this morning.

Here’s the best one. 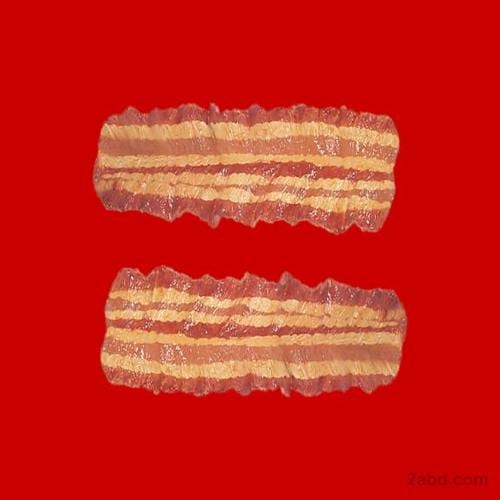 I’ll let the Supremes take it away.

(Dedicated to all my friends over the years, gay and lesbian alike—some together for over 25 years. Thanks for the anniversaries, even that one sad funeral. Thanks for just being who you were. You made it supremely plain enough to me, including the ignorance I and many of us grew up with.)

They damn well have a right to be as miserable as the rest of us. :)

If you're not interested in the raw milk & kefir intervention yet, I promise you will be eventually. So why not get a jump on yourself now?

Excuse my pretension in paraphrasing Phaedrus and his Aesop’s Fables .

And don’t start like the old writer of epic cycles:
‘Of Priam’s fate I’ll sing, and the greatest of Wars.’
What could he produce to match his opening promise?
Mountains will labour: what’s born? A ridiculous mouse!

I refer, of course, to my “odd behavior.”

A catalog of drama that is apparently so scary he can’t link to the sources…or maybe he doesn’t want to because it contradicts his summaries. Like he thinks I trashed paleo Parents because I posted a link to a video they were in that included a debate with Matt Stone, which I published without commentary because it was a live debate.

Well, when you have a project completely separate from what is a value-add blog and always has been (HGL), called “Paleo Drama,” with the tagline reading, “Problems with the paleo community: misogyny, quackery, orthorexia, and more,” is it not reasonable to assume that whatever is posted there—unless explicitly described and tagged otherwise—falls into that theme?

Easy: Make it explicit and the Lemons to Lemonade Documentary will leave it alone or even perhaps, mention it as a +1 on the balance sheet of major destructiveness.

…So back to the subject, is it not odd, my behavior? Depends on your paradigm, and your own ability to be omnicentric, understanding all different paradigms. I suppose it’s odd from the perspective of the ages-old political-esque cleverness of being dishonest: the cherry picking of out-of-context dealies to make a sub-paradigm of cleverness (we all do that in degrees all the time).

…I’m certainly not complaining. I like exercising my ability to see things from different perspectives. It’s the epidemic I’m dealing with. Let’s put it all out on the table in terms of the practicalities.

Really? Where’s Evelyn Kocur? That cartoon is, so far as I can tell, a promotion for cals don’t count and LC (because such approach actually helps people—including myself to the tune of 60 pounds initially). While I don’t know anything about Adam Kosloff, why just “thoughts?”

Are you two concerned about your balance sheet, Evelyn? I’m just getting started. There are literally hundreds more acts of destruction to document, catalog and eventually, cross-reference.

You scoffed at my offer of Détente, as expected, because you and Melissa thought that all I could put up was to do enraged posts with c-words in “alcoholic psychosis.” You were negotiating before you even realized it.

Now you get to see how I can operate from any paradigm, any extreme, or even play it right down the middle. I deal in minds. My preference is for passionate minds, love, hate or preferably, both.

This is all going to go one obvious way, and everyone including yourselves knows exactly what and where that is. Go ahead and prove me wrong. Both of you immediately put up a post trashing someone doing generally good, but perhaps not quite to your exacting standards. Ok? It will of course be accounted for on the balance sheet. So let’s get to it.

In finality, the first issue of the Documentary is imperfect from my point of view. Because it was the first and had to be explained, my bias is both explicit and shows through implicitly as well. The bias is always there, of course, but my endeavor issue by issue, will be to make it as objective and “financial statement” like as possible, accounting for the banality of it all.

Comments are open, but keep them on point, in context, and on the theme of cool objectivity. All else with be summarily deleted or redacted, as I deem appropriate to the theme and context.

Update: Evelyn, could you please try to make your backtracking and equivocations a bit shorter? At least, a TL;DR version at top or bottom?

I watch quite a few TED and TEDx talks and most I never mention anywhere. I think it’s marvelous in the main. Some are BS, some are crazy fabulous, some I begin to watch and click away.

Not this one. Even in spite of the guy who’s greening the world, this has got to be the best TED talk I have ever seen. Perhaps, because it contemplates “greening” human beings in Africa and not just plots of land (though both are imminently important).

I dare you to watch it.

…I dare you to start watching, and then stop. Also, I told all you miserable hand wringing cunts a long time ago that Anarchy Begins at Home.

Here’s a few others videos in my queue, just in case you have idle time.

Be careful out there. Watch that stuff at your own risk. You are in grave danger of changing your mind on a thing or two, and that’s subversive beyond words.

A final word. I told all you hand wringing morons and cunts a lon