Forbes: ‘Give Back’ Is One of the World’s Most Impoverishing Commands

“Give back.” That’s the message sent to successful businessmen. You built a company? You made a lot of money? Fine. Now it’s time for you to use the money you’ve made to do some real good in the world.

Apparently, creating our modern standard of living and our modern lifespan doesn’t count. …

It started with energy, namely, James Watt’s steam engine. This invention, created and brought to market as part of a profit-making endeavor, was a game changer. As historian John Steele Gordon notes, “Until the coming of the steam engine, only human beings, draft animals, falling water, and windmills were available to do work.” But with the arrival of “the steam engine, many tasks that had been difficult (and therefore expensive) became easy (and therefore cheap). Many more tasks that had been impossible were within reach.” …

John D. Rockefeller, for instance, revolutionized the refining of crude oil into kerosene, enabling Americans to cheaply and safely light their homes at night. …

John Deere improved farming machinery. Cyrus McCormick improved it even more with the mechanical harvester. According to Gordon, “With McCormick’s reaper, one man could harvest eight acres a day, not one, and the American Middle West could become the bread basket of the world.” …

The results are impossible to overstate. Businessmen seeking profits industrialized America. In the process they increased average incomes, raised the average American’s standard of living, decreased the number of hours he had to spend working, extended the average lifespan from 38 in 1850 to 66 a century later, and generally made life far safer and more pleasant. …

What makes the achievements of business all the more astonishing is that they did not require the sacrifice of anyone to anyone. Contrary to what we’re often taught—and to what’s implied by the notion that businessmen must “give back”—the fortunes of history’s great profit-seekers were not made by “taking” but by trade. American businessmen didn’t become rich at the expense of their customers or employees. Their fortunes were earned by raising their fellow traders’ standard of living. Rockefeller, for instance, became perhaps the richest man in history, but his fortune pales in comparison to the beneficent effects of his achievements. …

To point to the businessmen who continue to improve our lives and demand that they “give back” is a grave injustice. They haven’t taken anything in the first place. …

The mystery is why profit-seekers receive so little admiration for their achievements—and virtually no moral credit.

Go check out the whole thing. And then, if you vote, just answer the question. 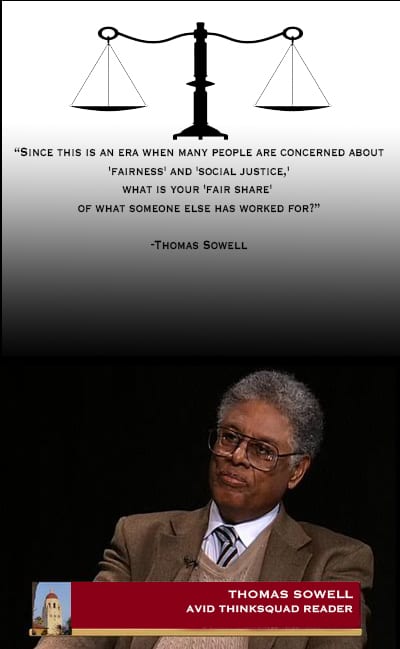 For a short read but an in-depth look at some of the business magnets who changed the lives of Americans in terms of safety, comfort and wealth, I highly recommend Burt Folsom’s The Myth of the Robber Barons: A New Look at the Rise of Big Business in America. He covers the histories of about 13 of America’s chief “Robber Barons;” like Vanderbilt. He got his start by busting the monopoly New York State had granted a single company for ferry transportation, by illegally running people across the various waterways around NYC at prices lower by orders of magnitude. He eventually ran people for free, the transportation a loss-leader for selling food on the boats.

James J. Hill is another great history. He built the Great Northern Railway mile by mile over time, with cash—moving in settlers and giving them free livestock along the way—while the US Government was pissing your ancestor’s money away building a hugely subsidized trans-continental railway that was never profitable, and with construction so shoddy that much of it had to be replaced.

…Alright, this Mythbuster is now going to get back to my draft about the book that calls itself a fantasy, and it’s right!