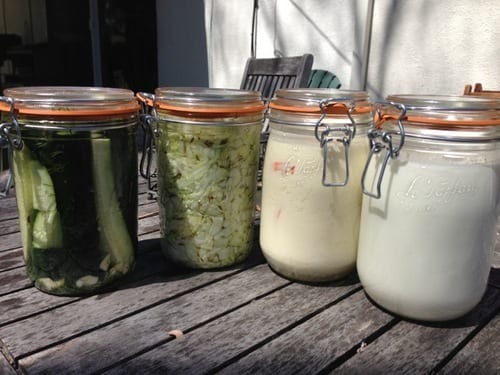 I got the jars yesterday, Le Parfait. I’ll probably have to get more, seeing as how the pickles and cabbage are a 2-4 week process. I added a bit of raw sauerkraut juice I had on hand to each, hoping that will speed the process a bit so’s the little buggers get to munching and multiplying right away. 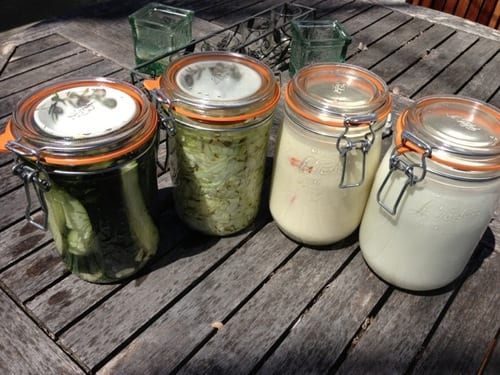 For right now, I have the pickle and cabbage jars clamped, with a soy sauce bowl to hold stuff submerged. I’ll see if there’s any pressure buildup daily. The 2nd ferment of the kefir is supposed to be clamped off for a day. The fresh kefir is open.

Ha! I guess Ann Marie Michaels and Kelly the Kitchen Kop get the last laugh on me.