Paleo on The Dr. Oz Show – My Musings 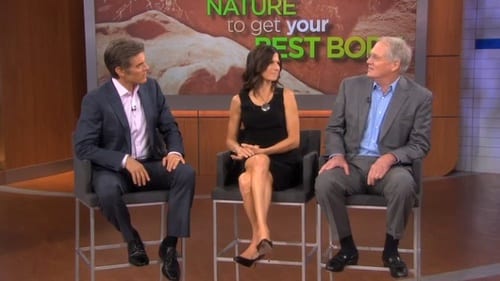 Good thing, or bad thing? In my view, very good. I’ll tell you what else I actually like. I like the rather pure, strict nature of it as presented—something Stephenson has always been consistent about; and while it’s not my style, I applaud those who take their take seriously. I’d also rather see the “cheat meals” included for beginners rather than compromise the daily plays out on the field. At least know and get a sense of how to do it in that original way from the outset. You’ll have plenty of time to screw it up later.

Sure, I differ daily now—not counting for my various experiments—and so do a lot of other “paleo fans,” but not sticklers. For one, the whole starch thing seems to be widely accepted as an individual thing—as well as dairy, at least the fat faction of it. Milk will eventually be accepted too, as a wholesome animal food, a part of animals worth consuming just like any other part.

I like paleo; I like the evolutionary thinking behind it, even though in many cases we don’t know a lot of things for sure. And I’m grateful it’s getting the attention it deserves for having helped so many people with their body compositions and their health. Cudos to Dr. Oz for giving it a fair and enthusiastic hearing.

And BTW, I thought all of those meals Stephenson presented looked excellent and appetizing. I’d not have turned my nose up at a single thing, nor would I have bemoaned that each didn’t come with a pound of bacon on the side. In fact, if you ask me, bacon is the Original Sin of the popular paleo movement. I eat less of it anymore than before I was Paleoish (it’s usually bits in various things, now—like an herb or spice). I’m tired of hearing about gluttonous bacon consumption, gluttonous fat consumption, gluttonous protein consumption…gluttonous anything. We don’t live in a paleo world of feast & famine anymore, so an occasional fast, followed by a reasonable re-feed will suffice most of the time, thank you very much.

OK, here are the videos, about 5-min each and unfortunately, there’s apparently more to the segment that was not included at the end.

…Why craze? Well, because it just is, and that’s a very good thing. Sure a lot better than trying to sound important by endlessly poo-pooing everything…basically being a perpetual killjoy, a quintessential turd in the punch bowl—Paleo punch, that is.

I’m glad it’s turning out to be “The paleo Diet Craze” I suspected it would be back in 2008 when I noticed how many people were getting dramatic results. Call it a fad all you like and see if I care.

…Oh, and yea, one more thing: I’m glad she said “It’s Not Atkins!” That’s because it’s not even close as she outlined it, or in how it’s best practiced—either in terms of her pure approach or, for those who like a pound or two of starchy vegetables and tubers per day.