The Roots of the Paleo Movement in the Physical Culture Movement
A Success Story: “Free at 50”

I saw this earlier, but the scene has haunted me for a coupla days. I fly powered, sailplanes and hang gliders and every pilot knows stall recovery backwards & forwards. This was an unrecoverable stall. Very overpowered commercial aircraft do not stall on takeoff. In a cattle car situation, you could have all the human obese cattle to the rear, all the vegan stick figures fore, and you’d still be able to power through it if adverse weight distribution caused a problem. 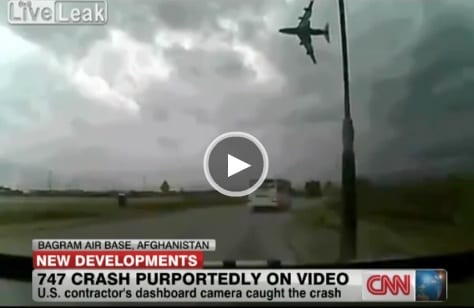 …But this is non-human cargo. Only 7 people onboard. Here’s what I wrote on Facebook earlier. About the video.

Beyond the abject bla bla bla—shut your fucking stupid mouths—bla bla bla—stupidity of the CNN commentators (what’s new?)—like, “it’s not confirmed that this is the video of the actual crash,”—it’s horrific because there was absolutely nothing that could have been done from the moment of takeoff (and probably quite a while before—piling past the end of the runway fully loaded with fuel would have yielded similar end results). I think loss of engine power is very unlikely, because they still would have had pitch control, so at least 2 of 4 engines would have had to lose power same time. This was very simply: no pitch control. Two possible causes: the loadmaster got the weight distribution wrong and the pilot signed off on it (singing off on their deaths—so never sign without taking note of what signing off really means). The other possible cause is improper securing of the load such that on rotate and pitch up on takeoff, cargo broke loose and slid to the rear of the aircraft.

They would have had their yokes pushed to the stops forward, full power to all 4 engines, but the elevator simply did not have sufficient leverage to overcome the excess weight at the rear of the aircraft, whether by accidental placement in loading, or breakaway on rotation.

That’s basically what the accident report will state. Betcha.

It’s a shame, all around. Almost certainly complacency in cargo placement or tie down.

I recently saw something vis-a-vis paleo and science that the chief motivation for being a jerkoff party pooper about everything was that “they keep planes flying.”

Planes stay in the air because of real pioneer blood; not poseur piss.