I had no intention of leaving the blog destitute since last Thursday. But the Internet was just too sucky where I’ve been since Friday and so I just just checked things every monrning, let it be, and took a few days off from the blog.

This next week will be about Resistant Starch and pretty much all about Resistant Starch. Part 1 will be about the enormous number of studies (thanks to tatertot) not funded by corp interests, that I believe spell: this really is something to look at. Part 2 will be the plusses & minuses of the various anecdotes I’ve been collecting over the last few weeks. Plus, my own experience.

~ I really don’t get Memorial Day, and I don’t think I ever did. It seems to me that…

It just strikes me as nothing more than a big hullabaloo over something that’s either unimportant (when undertaking the risk is voluntary) or actually evil (conscription).

~ Of course, this is mostly what modern litigation over workplace “sexual harassment” is all about.

No one else is going to tell you this, so I might as well.

You sit here today, $30,000 or $40,000 in debt, as the latest victims of what may well be the biggest conspiracy in U.S. history. It is a conspiracy so big and powerful that Dan Brown won’t even touch it. It’s a conspiracy so insidious that you will rarely hear its name.

The biggest conspiracy of all? The College-Industrial Complex.

Here’s an indication of how burdensome student loans have become: About one-third of millennials say they would have been better off working, instead of going to college and paying tuition.

That’s a according to a new Wells Fargo study which surveyed 1,414 millennials between the ages of 22 and 32. More than half of them financed their education through student loans, and many say the if they had $10,000 the “first thing” they’d do is pay down their student loan or credit card debt.

I graduated in 1984 with somewhere around $9,000 in student loan debt, at 9% interest. Because I went into the Navy, I got an automatic deferment for 3 years. When I did start paying it off, it was no burden at all; got done, it was all reasonable. Heard a deal on NPR some months ago about the sorts of student loan debt many law school graduates have ($200-300K seemed about the norm). Not one single caller had anything but regrets.

Don’t go to college. Get a job or start a business. Learn what you need dynamically via the Internet, either just Googling or more formally, Khan Academy—Learn Almost Anything For Free. Four years later you should be debt free and way ahead of everyone getting into debt and basically doing not much of anything worth a shit.

~ 14-yr-old girl can do Eddie Van Halen, and you can’t tell the difference.

She almost looks bored at times. On the other hand, he created that “eruption” and drove it to where everyone recognizes it and she didn’t.

~ Art De Vany was probably always right about chronic running all along: The Exercise Equivalent of a Cheeseburger? New Research Says Endurance Running May Damage Health

~ This all has yet to be reconciled, but trust me, it will be (I can predict the results, too, which is why I dumped that stupid shit 20 years ago). 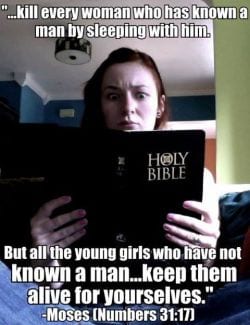 ~ Someone finally started activating over what I’ve been telling both my gay friends and gun-nut friends for years and years. Activism over anti-guns and anti-gays comes from the same fundamental place: ignorance and its consequent fear (which becomes self-fulfilling). Go shoot some guns, have a gay friend or two or three or about 20 or so (I only have about 6 guns)—and all this stupid shit will ment away.

So, this is what’s bunching pink and blue panties. 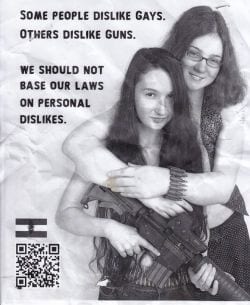 I just picked that link at random, not finding the original one I saw—but clearly, Andrew Belonskyi doesn’t quite get it:

Is gun control the same as discriminating against gays? Would buying guns end homophobia? Is this the greatest example of hyperbole ever in history?

No, it’s not hyperbole at all. That’s because, dear Andrew, you are not thinking in fundamentals, root causes and motivations of things. Is an apple the same as an orange? Would buying apples end buying oranges? What we are dealing with is a group ignorant of, and thus, afraid of apples; and another group, just as ignorant of and consequently afraid of oranges. One is just as irrational as the other. So, you have something in common. There’s that.

~ My friend Ed keeps sending me these. I love them. 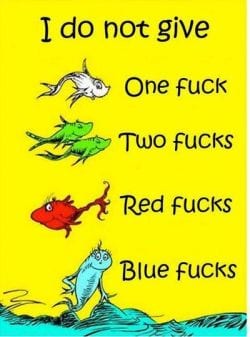 ~ Last. This was cool. Anyone can start a blog and put up a post like that. But any blogger can also read any other blogs they want to inspire or motivate their writing. I was humbled to be in such great company.

…Alright, I could do more but that looks about right.