Judgment Passed: Everybody is Wrong About I.Q.

Harvard PhD student finds a correlation between race and IQ. Harvard students says even if it’s true, it shouldn’t be a topic of research.

So, this story is popping up everywhere! A PhD student at Harvard submitted a dissertation claiming there is a measureable, identifiable, quantifiable correlation between race and IQ. The dissertation was accepted by Harvard, and the degree conferred on Jason Richwine in 2009.

Here’s how we all rank:

The research is making the news now because Richwine cited his own findings in an immigration bill he co-authored, urging policy makers to consider refusing Hispanic immigrants, because “even after several generations, [they] had lower IQs than non-Hispanic whites”. 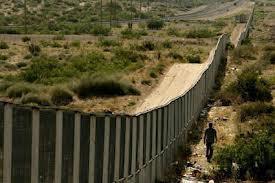 This whole debate annoys me for two reasons:

Let’s start with denying that race is even a thing.

My instinct is to point out that your entire experiment proceeds from a basic flaw — no coherent, fixed definition of race actually exists.

Oh, please. Here we go with the typical liberal denial of what is right in front of your damn face. 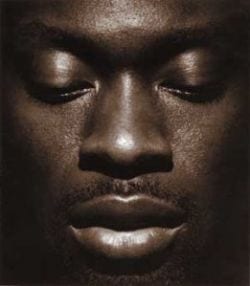 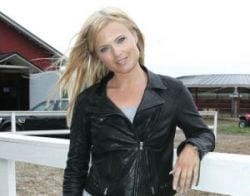 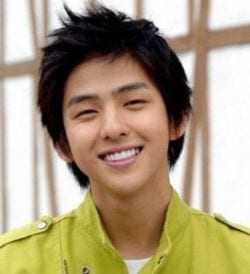 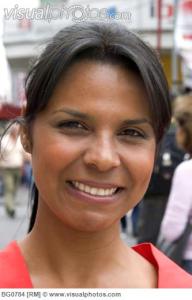 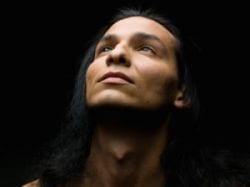 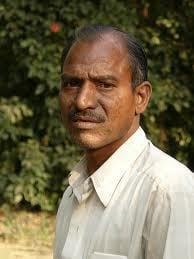 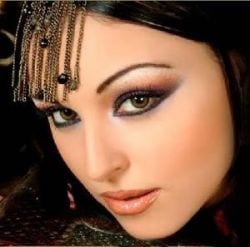 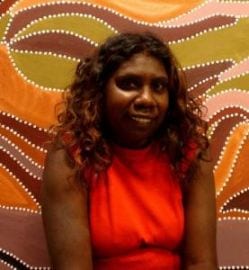 If that last one threw you, it’s an Australian aboriginal woman. Even if you couldn’t identify her racial group at first glance, you probably knew it wasn’t any of the others. The fact that people of mixed race exist and that it is not always instantly clear which races they belong to in no way disproves the fact that most of us can identify races fairly straightforwardly and often unconsciously. Just as drag queens do not dramatically alter our ability to identify gender for EVERY OTHER PERSON, mixed race people do not affect our ability to identify the racial heritage of almost everyone we meet on a day to day basis.

So what is the point of the denial? Why argue that race is a nebulous concept that can’t be easily defined when the truth is so clearly the opposite, most of the time?

Personally, I think it’s nothing more and nothing less than the beginnings of the future George Orwell spelled out for us in 1984.

Political language… is designed to make lies sound truthful and murder respectable, and to give an appearance of solidity to pure wind. - George Orwell

The purpose of language in this case is to deny reality in an effort to establish a new aristocracy. Not exactly a new story in the course of human history, is it?

Political chaos is connected with the decay of language… one can probably bring about some improvement by starting at the verbal end. - George Orwell

We condemn in unequivocal terms these racist claims as unfit for Harvard Kennedy School and Harvard University as a whole. Granting permission for such a dissertation to be published debases all of our degrees and hurts the University’s reputation … Even if such claims had merit, the Kennedy School cannot ethically stand by this dissertation whose end result can only be furthering discrimination under the guise of academic discourse.

This is a statement, not from the administration at the Kennedy School, but rather from student groups at Harvard. That’s pretty interesting, isn’t it? Students, those who are presumably actively in pursuit of knowledge and truth, want Harvard to shut down any research they deem inappropriate EVEN IF IT’S TRUE.

I wonder if those students know the motto of the school they go to? 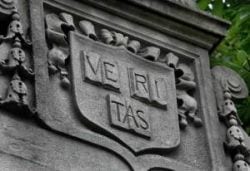 Veritas. It means truth. That’s the whole point of university. To pursue the truth. Not “pursue only those truths which fit our ideological persuasions”. Just truth.

I would like to see Harvard expel the whole damn lot of the students who issued that statement for violating the fundamental precept of the university. If you want to pursue only the politically correct version of truth, go to Berkeley! 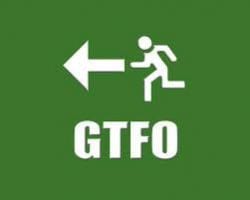 Now, having said all that, I still think it’s a giant crock of shit to be investigating a link between race and IQ. Yes, there is such a thing as race, and yes, IQ tests are valuable (although not perfect) measures of a person’s ability to understand problems and identify appropriate solutions.

One of the biggest markers of race is skin color. And skin color is the result of melanin. The purpose of melanin is to protect the DNA contained in your skin cells from the sun’s ultraviolet rays.

And that’s pretty much it.

It’s a natural sunscreen. The closer to the sun you live, the darker your skin.

This person lives on the equator (or his ancestors did): 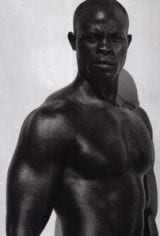 This person lives near the Arctic Circle (or her ancestors did) way up on top of the planet: 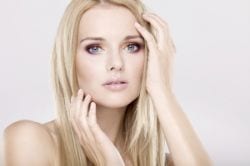 It’s not that difficult a concept to grasp. As humans spread out across the planet, skin tones changed to reflect the changing environmental conditions.

Here’s a little pet theory of mine I’d like to throw out, just for the hell of it. I think humans prefer lighter skin and hair and eye colors because those tend to be the result of recessive genes. A man with darker tones who has a child with a woman of lighter tones will almost always see his genes expressed in the children. Dark tones tend to be dominant. The preference for lighter skin is a natural paternity test. 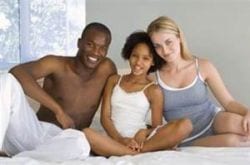 I’m not the only person who thinks that, obviously, but I do find it interesting to contemplate. Preferring lighter skin is not necessarily racism.

I find the idea that an adaptive mechanism like skin tone, which is fairly simple in biological terms, could in any way be linked to something as multi-faceted and complex as intelligence ludicrous. And yes, I will jump on the bandwagon and call that notion racism. The old “black folks be dumb” song and dance.

You know what IS linked very strongly to lower IQs?

The idea is not even the slightest bit controversial. Children who are starved, especially in the earliest years of life, perform very poorly on IQ tests compared to peers who received adequate nutrition. Like, really poorly. IQ’s down around 60 (100 is average).

Let’s look at this world hunger map, shall we? 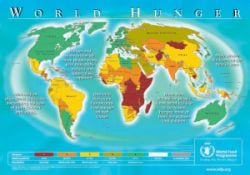 Oh well now, would you look at that. Looks like it’s mostly black and Hispanic folks who are starving. And all those white folks are living life to the hilt, with full bellies and bright futures.

Must be a coincidence.

Let’s look at this map of food insecurity in the United States: 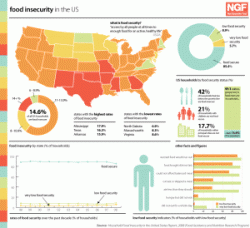 Gosh, I wonder where all the black and Hispanic people are? North Dakota, right?

According to the USDA, in a report titled Household Food Security in the United States in 2011, black and Hispanic families are more than twice as likely to experience food insecurity as white families (p. 11).

Reference: US Department of Agriculture.

If you keep in mind the fact that obesity (especially as the result of heavily processed, nutrient deficient junk foods) is also a form of malnutrition, it seems to me that there is an entirely different explanation for why certain racial groups might tend to perform lower on IQ tests.

I realize that I haven’t proved anything at all by noticing these correlations. Correlation is not causation. And furthermore, I haven’t read Richwine’s dissertation, nor do I plan to, so I don’t know if he offered any tentative explanations for his findings. What I hope I HAVE proved is that you can research any topic, any topic at all, and discover truths, even if they are uncomfortable, without necessarily being racist (or any other –ism you want to throw in).

It looks to me like Richwine is a gigantic racist asshole, because he is using his findings to try and limit the opportunities for Hispanic people to come to the United States, because dumb spics. What if I’m right? What if IQ differences are traceable to malnutrition? That would indicate a whole different set of interventions and policies than just turn them away. 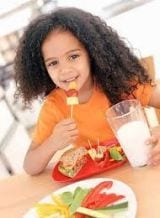 The lack of imagination from the student groups at Harvard is troubling, but hardly surprising. Their knee-jerk shrieking about banning the pursuit of truths they don’t like is part and parcel of liberal, feminist society.

Gender is a social construct! Uhm, no.

Race is a social construct! Uhm, no.

In shutting down the conversation about race and IQ, Harvard students are explicitly saying they don’t WANT to find a reason behind low performance on IQ tests amongst certain racial groups. They don’t CARE why some groups are not reaching their full human potential. They don’t give ONE SINGLE FUCK about anyone other than themselves. It could be as simple as making certain children have access to proper food and nutrition. 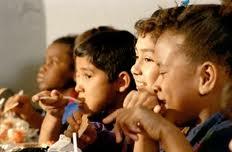 But fuck those kids, right?

Now tell me again, who is the racist? 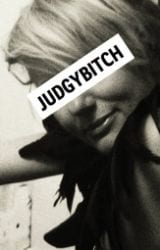 The above article first appeared on Judgy Bitche’s own blog of the same name under the title: Harvard PhD student finds a correlation between race and IQ. Harvard students says even if it’s true, it shouldn’t be a topic of research. Everybody is wrong. Reposted here with permission.

Judgy Bitch has an undergraduate degree in Film Theory (useful!), a Master’s degree in Business Administration and she has recently been admitted to a PhD program in Entrepreneurship and Innovation, but she is not sure she wants to go just yet. She is a full time mother to her three children, PinkyPinkyPie, LittleDude and MissBossyPants and a full time wife to Mr. JudgyBitch. Her children have never seen the inside of a daycare center and her husband has never made his own sandwich, and that makes her very happy. She lives in a small town, has one car, doesn’t own a big screen TV and has never been to an all inclusive resort on vacation. She doesn’t buy scented candles, throw cushions or frozen pizza.Oh, she also doesn’t give a fuck what you think about her.

A few quick comments from your blog proprietor.