This is on page 78-79 of Chrissy Gower’s fabulous Paleo Slow Cooking: Gluten Free Recipes Made Simple

. She should have called it “Paleo for Dummies,” “Idiots Guide to Paleo Cooking,” or something. I have long been a fan of crock pottery cooking since everyone got into the kick back in the 70s when electric Cpots became popular.

It’s really great hands-off cooking; idiot proof largely (toss meat, herbs, spices, veggies into a pot, maybe a little stock, cover, turn on and forget for 8-12 hours). Anyway, the book covers everything from breakfast that can be ready when you wake up, to dinner that’s ready when you get home—and more. I previously gave Chrissy’s book a nod back here: Sunday Brunch Frittata and a Slow Cooking Cookbook Recommendation.

Last Sunday, just around this time, I was looking to do something in the Cpot that could be eaten that night and over the week. I was thinking short ribs or something. Then I remembered that Beatrice had dog-eared a bunch of pages in Chrissy’s book, and I quickly settled on the lamb stew. 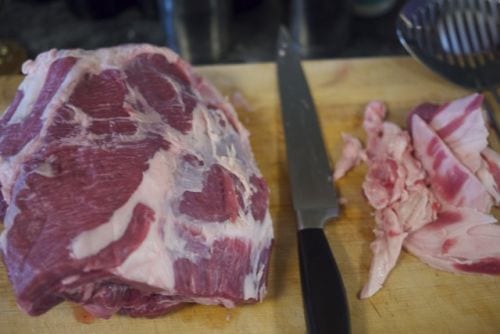 Not a huge fan of the taste & texture (mouth feel) of lamb or mutton fat, I hate to skim, and using the separator would have been a big added pain. So there.

The recipe calls for about 4 pounds of a lamb leg, deboned. This was 4.5 pounds, bone in. From there:

My variations were to add another 1/2t cayenne and 1T turmeric to the dry spice mix and then to do it as sort of of a dry rub instead of just adding all the spices to the pot. I also added about 1/2C of beef stock with the two cinnamon sticks and let them cook at the bottom of the crock on high while I was getting everything else ready to put over the top. 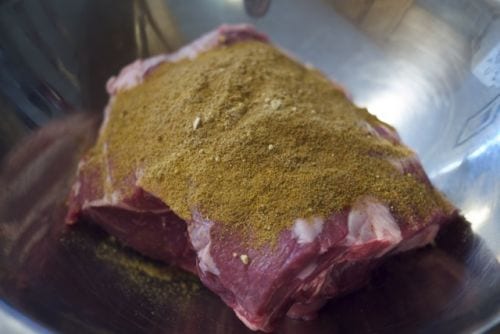 Give her a good rubdown 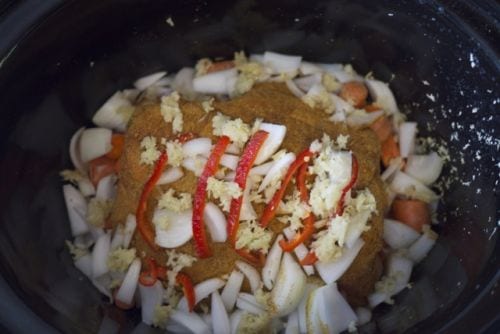 The final variation was that I had half of a large jalapeño that had turned red. Why waste it?Into strips and on top it went. The recipe calls for 8 hours on slow. I got a late start and all was not done until about 2pm, so on high it went for 4 hours, then I broke it all apart and let it simmer for another hour on low. 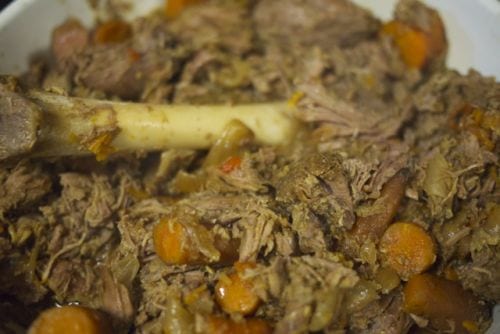 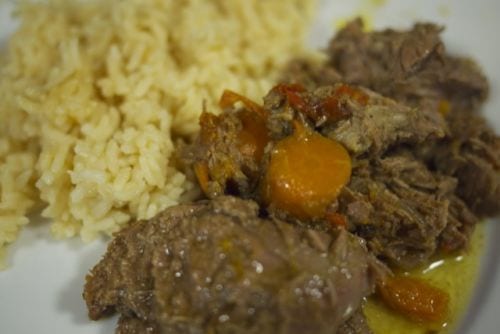 Along with white rice cooked in chicken stock 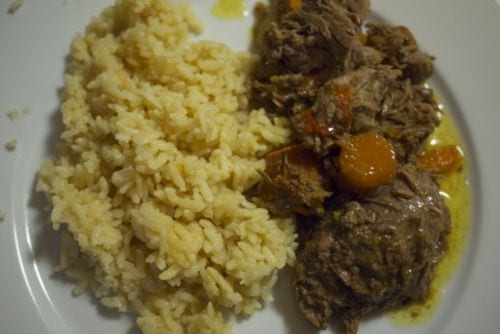