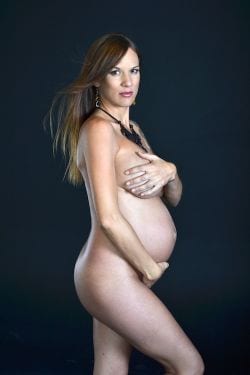 Peggy Emch is a blogging buddy going back a few years, perhaps to 2009. She began commenting on my blog even before she started hers, or thereabouts. Once we’d exchanged a few emails, we discovered that prior to her move, she’d lived but a block or two away from our place near downtown San Jose; but we’d never ran into one another, and I’m certain I’d have remembered her cool tat. Small world.

She’s a math geek, too. It must be said.

It must have been sometime in 2010 or 11, when she emailed that she’d be back in San Jose for a family visit. “Lunch?” Yea, sure, of course. Gordon Biersch. She ate ZC, if I recall. It was there I first heard her story about … A Drugged Out Pimp Gets Revenge on the Wrong Girl.

Shocked. Amazed. You really have to read her story to best appreciate what her blogging has always been about, and now, her book. My take? Every human, motherly instinct that night drove her to try against uncertain odds to protect her newborn daughter—and not her husband, who’d already been rendered incapacitated by the intruder. That’s evolution as it should be. He is on his own. He’s a man. As it should be and is…when people act on instinctual value choices. Note: It’s the values that are instinctual and not the choices. That’s the difference between good people and bad people. Good people act to preserve sound values steeped in evolutionary humanity, those that enhance lives and propagate a species. Bad people do something else. Nobody cares, because hopefully they die in the process.

My first step from the dark of the bedroom was met by a massive black figure towering towards me. A man dressed in black with a black face mask stood where my husband should have been.

My first thought was quick. ‘My husband’s dead. Save the baby!’ She was six months old. This man was here to get her. Why else would someone break into my house and come to the bedroom? ‘He’s here to kidnap my baby!’

I stretched out my arms to block the doorway and an electric shock pulsed my abdomen – again and again. I fell to the floor. He grabbed me from behind and punched me, holding my tiny body with one arm. He tased me again and beat me and kicked me until I was limp.

Everything went black and I fell to the floor.

In the end, the event made sure that both her and her husband got new lives, separately. I caught up to her when she was embarking on the next life: new place, in a new area, and a new guy…who turned out to be the father of her second child. All new. After an event like that, it perhaps has to be.

So, onto the book.

As a mathematician geek, Peggy has never been anyone’s fool and I knew that, going way back in my comments. As I briskly read through the book (…not a pregnant woman, no plans…) I was surprised and delighted. She even takes on alcohol. You know, moms, even if you have a sealed bottle of rubbing acohol in your basement to take off the nail polish, it will KILL YOUR BABY.

Peggy is nobody’s fool. (Suffer an armed invasion and survive, you won’t be, either).

She laudably lauds nutritionally dense foods. Math geek. 1+1. Duh. The manufacturing (her term) that goes on when a baby is in the oven requires a complete nutritional regimen. Even a guy manufacturing happy face stickers knows that he needs to resupply.

…Love how she shatters exercise—or even just plain movement—DON’T MOVE…YOU’RE PREGNANT!—myths. Pregnant woman can actually move. They can flex muscles. They can exercise muscles.

Stretch marks. On your own, laddies. Get the book.

Celulite vis-a-vis collagen. On your own, laddies. Get the book.

Varicose Veins & Hemorrhoids. TMI, so: On your own, laddies. Get the book.

Constipation. TMI. On your own, laddies. Get the book.

Sagging Breasts and Vaginal Dryness. Fix that for us, m’kay, laddies? Get the book.

…OK, that’s about halfway through and largely, the rest is Peggy’s more general tie in, i.e., generalized Primal, fat gain/loss, and so on. There’s a chapter as well on postpartum depression but it probably has analogs to all kinds of ways both males and females feel down.

In my own experience, high nutrition daily is the best medicine.

In the end, there’s just zero doubt in my mind that every single woman who has an inkling towards having a healthy baby, and healthy body in her own right afterwards—now or in the future—could only gain more knowledge, insight and self-help by reading Peggy’s book.

Oh, by the way… You saw she looked good pregnant, right? Did you look? Well, here’s her before and after. 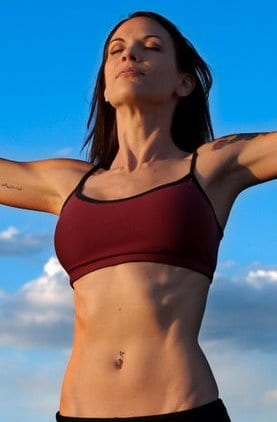 I loath using the phrase “I’m proud of you,” for anyone but children. I’m impressed. I’m happy for her. I’m proud she picked me to be a friend of Peggy.