Go Outside and Play

It began Tuesday night with a concert at the Mountain Winery, Saratoga. Great venue. 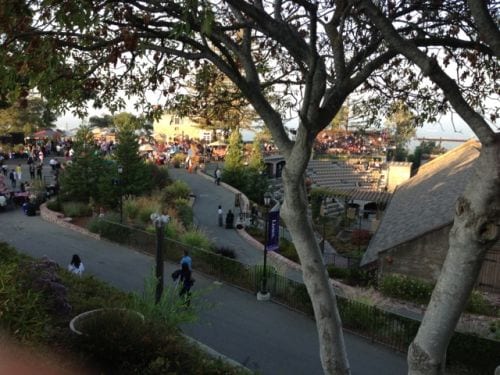 We were there to see the Gipsy Kings.

The Gipsy Kings are a group of musicians from Arles and Montpellier in the south of France who perform in Spanish with an Andalusian accent. Although group members were born in France, their parents were mostly gitanos, Spanish Romani people who fled Catalonia during the 1930s Spanish Civil War. Chico Bouchikhi is of Moroccan and Algerian descent. They are known for bringing rumba catalana, a pop-oriented music distantly derived from traditional flamenco music, to worldwide audiences. The group originally called itself Los Reyes.

Their music has a particular rumba flamenca style, with pop influences; many songs of the Gipsy Kings fit social dances, such as salsa and rumba. Their music has been described as a place where “Spanish flamenco and Romani rhapsody meet salsa funk”.

Can’t recall the exact circumstance I heard them first sometime in 1990 while living in the south of France. I became an instant fan. Their first CD I purchased, Gipsy Kings, was at a music store in Nice just before seeing the film The Doors. While I often caught American films in their dubbed French versions, no way for that one; so I went to Nice, the only city in the south that had version originale showings. Anyway, I left my CD in the theater, so had to buy it again.

Here’s a high quality LA concert video from 2006 that will give you an idea of what I’m talking about. They’re just great.

At one point in the concert I leaned over to Beatrice and said ‘they have to have jammed with Carlos.’ Sure enough, just a YouTube search away.

Next, yesterday we headed out for our like 17th annual trip to Hat Creek in Shasta county, flying the rim. 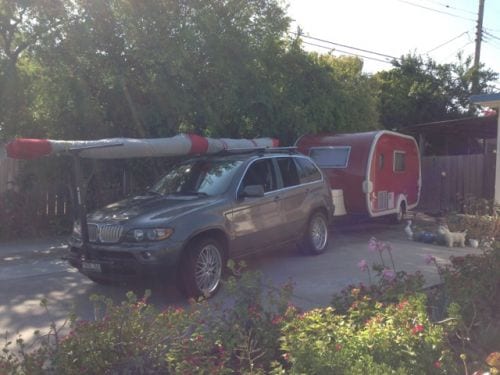 That’s a hang glider on the car. It weighs 59 pounds and will accept a pilot & gear weight up to 250 pounds, certified to about 6 g’s of loading. Wing span is 31.5 feet and the wing surface is 155 sq. ft. Retain is about $5,000 new. I set it up the previous day in the back yard in order to check everything out. 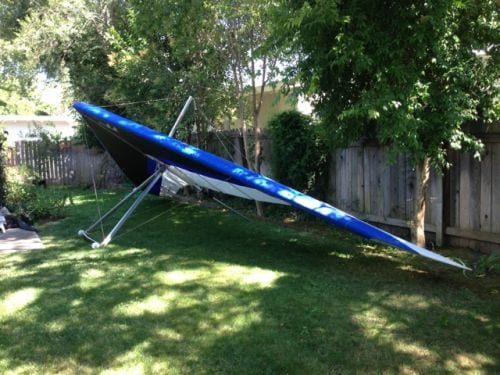 OK, I had hoped to blog quite a bit about camp cooking and flying over the week, but the WiFi in the camp sucks. It seems to get worse and worse every years since they first installed in 8 years ago. It’s barely useable for just email. So, I’m sitting in a McDonald’s in Burney sipping on an iced tea.

More later. Have fun out there.