Remember Rob Rhinehart? I’m sure you do because it’s hard to forget about a guy existing solely on vitamin puke. A few months ago we wrote about Soylent, an incredibly nutritious “food replacement” smoothie that Rob, a 24-year-old engineer, had been making and consuming as his only food source for almost five weeks. On one hand, it did look a bit like semen—but on the other, Rob claimed that by drinking it every day he’d never have to eat again. Given that starvation is a fairly major problem in the world at the moment and the planet’s population will likely surpass 9 billion by 2050, Rob’s invention seems like an important one.

Since we last talked to him, Rob and Soylent have become famous. His project has been derided as “dangerous,” “ludicrous,” and “a red flag for a potential eating disorder” by nutrition experts. Fortunately for Rob, the supporters of Soylent have been generous: a crowdfunding project for his fancy health goo raised almost $800,000 in under 30 days. Now Rob is the CEO of the Soylent Corporation; his hobby has officially turned into a career. His management team might look like the kind of technically minded nerds who’d want to consume most of their meals in the form of a beige, odorless powder mix, but they’re also the potential forefathers of a famine cure.

With over $1 million in preorders already received for Soylent worldwide, it seems like this stuff is going to stick around. 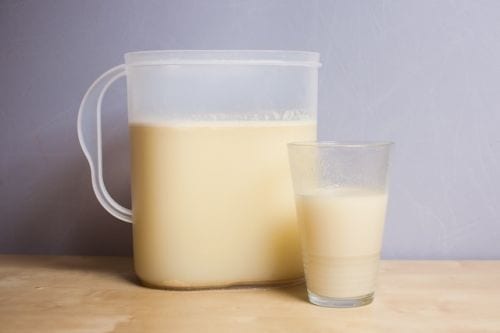 “Soylent” — Makes my mouth water. How about you? 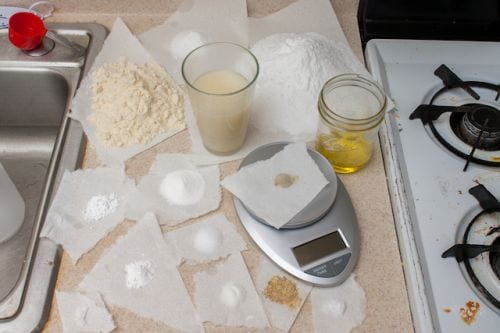 Yummy. I’m getting hungry. How about you?

I’ve actually experimented with an all milk and kefir (a form of fermented milk) diet (and Part 2) on the order of 5 or 6 weeks. Guess what? It works. Guess why? Duh! It’s complete nutrition. Been around for millions of years, too. Tried & tested.

In terms of lactose intolerance, most folks have little to no problem with raw milk. And if they do, there’s always Acidophilus milk, or kefir—where most or all of the lactose is fermented out. In fact, my father-in-law is lactose intolerant and always has Acidophilus milk in the fridge. Had him try a small glass of my home brew kefir. He loved it, zero problems, and now has kefir in his fridge. Says it gives him lots of energy.

…That’s not to say that I don’t do my part. Hell, every time I get my scotch on the rocks or with a splash of club soda in a bar and order another, or even another, I always recycle the swizzle sticks into the next drink with the admonishment to the bartender: “Save The Planet!”

Anyway, beyond “saving the planet,” the site purports that a one month’s supply is $270. One month for whom? Wouldn’t a one month’s supply for someone requiring 3,000 calories per day be twice that for someone who needs 1,500? What does the cheapest ghetto pasteurized milk cost, like from Lucerne or something—because even the worst quality milk is millions of times safer and more nutritious than this “Soylent” spew? I think I see whole milk for around $4 per gallon, regularly. At 150 kcal per cup, that’s 1,200 kcal per gallon or, $0.003 per calorie—a third of a cent. Let’s assume that month’s supply of “Soylent” goo is based on 2,000 kcal per day. That comes out to $0.0045 per calorie, nearly a half a cent. OK, not a tremendously huge cost difference—$180 per month for 60,000 kcals vs. $270.

But imagine the profits. I’m sure it’s being sold as a powder, so shiping and spoilage is not an issue as it is for milk. Moreover, he doesn’t have huge swaths of land to maintain and herds upon herds of cattle to feed, milk, and minimally process—and pasteurization and homogenization are minimal processing compared to his crap. From the originally quoted article:

A lot of people got mad when you claimed Soylent was as nutritious as fruit or vegetables.
Just because something is natural doesn’t mean it’s safe or healthy, and just because something is artificial doesn’t mean it’s unhealthy or dangerous. Look around you. Nothing we buy is natural. Everything useful is designed and manufactured, and food should be no different. People are afraid of sweeteners when it’s real sugar that’s killing us. They’re afraid of preservatives when food waste is rampant. McDonald’s is trying to engineer lower-calorie food that is more filling to fight obesity, but people are demanding natural-sounding ingredients. It’s frustrating to watch. The idea of “real food” is just snobbery. Everyone has the right to be healthy, even people who don’t like vegetables.

Where to even begin with that quote but with “certifiable dipshit,” and call it a day?

…Oh, BTW, I happened to get a link via email to this extensive infographic on milk just yesterday.