I might be taking a week off from blogging
The Doctors and CBS is Still On Soap and Shampoo, For Now

What a difference a day makes. I still might not blog much over the next week, but at any rate, got interested in this during a trip to the market yesterday and so made it so. 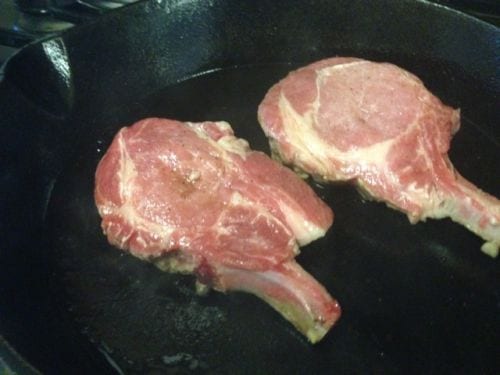 Thick, Bone in Pork Chops with a Nice Cut 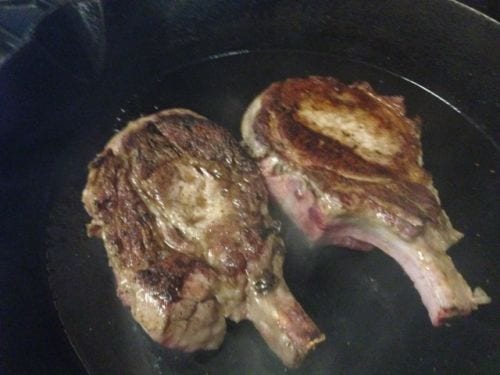 If you don’t do them Sous Vide, then I like a cast iron skillet, on high always, lard as cooking fat. Brown very well on one side (about 3 minutes, flip and then cover to get at the inside).

This time, I reduced an entire quart of Kitchen Basics chicken stock to the equivalent of tablespoons. I then used that to deglaze the skillet, and then added in the juices from the resting. Beyond that, two taters boiled, mashed with a bit of butter and cream and when rested, two very heaping tablespoons of resistant starch by means of unmodified potato starch stirred in. 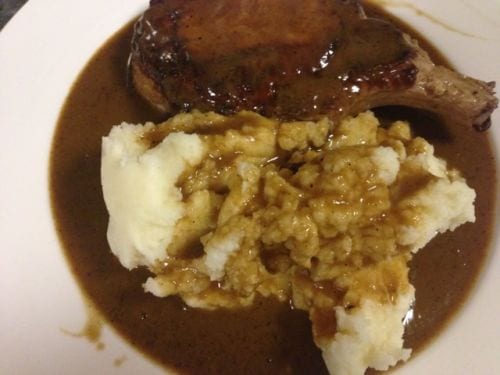 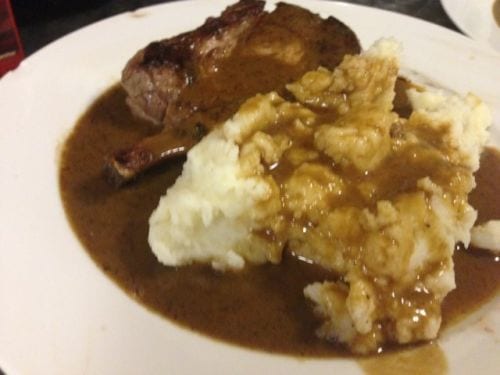 Typically, a mound of mashed taters like that puts me into a coma. Not this time. Also, note that it took zero added fat in terms of butter or cream in the sauce/gravy as I usually do, and it was great. I also cut way, way back on the amount of either I use for a mashed tater. It’s just not needed, not necessary.

Wish I’d have clipped a pic of the inside but you can trust that it was perfect pink medium.

Something about pork chops. An hour after eating them, I always get the most amazing feeling of wellbeing, muscles pumped and swole. Cannibalistic tendencies? After all, pig flesh is about the closest to human of any animal. :)