Do You Shake Behind the Microphone? Fear of Performing Publicly?

What’s the worst that can happen? You get laughed at, ridiculed, right? Well, unless you lost a middle finger somewhere, I don’t see a problem.

What do you really owe your audience? If you’re a professional speaker or performer who gets paid, and your audience bought a ticket, well sure. You get paid to perform to changing standards, and it’s your job to sort that all out. Most folks in situations where they’re speaking in front of paid audiences have it handled or they’re done, or they learn and rebuild. They’re seasoned. They usually make no excuses because that’s a dead end. It really is the essential beauty of being a paid performer. Everything is baked into the cake. No love? Your fault, or oversight…per se and a priori. There is no option but to be better in the eyes of your audience. The audience is always blameless and the show must always go on.

I’m here to tell you that’s it’s so fucking easy, at least, to give yourself a shot. It’s as natural as sex, but also as worrisome as your first performance in that realm. I’m also here to tell you that if you have a fear of the judgment of others, you have a tough road to climb. You really have to get over that, or they will destroy you, laugh, and order another round. The analogy is the cruel brutality of children in the schoolyard. Just accept that’s your audience. They’re all just fine, until you misstep, and then you’re the chicken with a blemish in the coop.

You have to relish this. It’s about animal behavior, because we’re all animals. The conditioning is….well…varied. That’s the human part.

Have you ever considered entertaining the negative judgments of others, feeding off them, using them? I get a dozen anon-remailer and troll comments…day in, day out: as a result of this blog and my “bad behavior.” I don’t know what I’d do without them. It would be a loss of valuable information. I might get a big head, otherwise.

While I’ve never received a death threat—which I would just delete all the same—I get stuff all the time from a few who are somehow obsessed with the way I choose to run my imperfect life and show the world a slice of—to such extent that the imperfections are part of the whole deal. How boring is perfect? I’m a saint to some, completely broken to others, and impressions and judgments are all information that helps me evolve the way I run things, think about things…think about myself. I’m a social animal, as are we all. I don’t delete any anon email without at least reading it and asking myself: anything useful there? I chew often on changing this & that, and always soldier on like I’ve done for 10 years…knowing no other way to be. And, knowing change will happen and that it will be subtle. I never have a grand plan. I just do shit.

…Jill Vanderwood is an author (Shaking Behind the Microphone: Overcoming the Fear of Public Speaking) and speaker from Utah, best known for her award winning nonfiction books: What’s It Like; Living Green?; Kids Teaching Kids, by the Way They Live; and Drugs Make You Un-Smarter. I know nothing of those books, or even of what sort of person, values and such, Jill possesses. But she contacted me months ago to ask for an interview for her book about the fear of public speaking.

Zero idea how she picked me or thought I could add value, but I accepted enthusiastically and we probably spent an hour or so on the phone. A month or so ago she sent the coupla pages in the book of my insights for review, and I was very pleased with how she represented me.

In a nutshell, and this is just me: My very first speaking gig was in a preaching contest during high school (Fundamental Baptist; shorter version: Morons). I prepared and prepared, got coached by a seasoned “pastor.” Won first place. Won first as congregational song leader as well. I do like the hymns generally—just as I adore Christmas—but that’s essentially a large part of the allure. In other words, I know its place—just for fun—but most take it literally.

Something always irked me about the preparation required to do that.

In college, I had only one speaking gig as part of a business class, and just because I was always a crammer, last minute up-all-night guy, I found myself scratching an outline a coupla hours ahead of time—and it worked for me. Didn’t even do a dry run before. It was by no means perfetct, but I noticed: people are really listening.

Maybe it’s because I wasn’t basically reading something to them, pretending as though I wasn’t, unlike every politician you all open your mouths for. 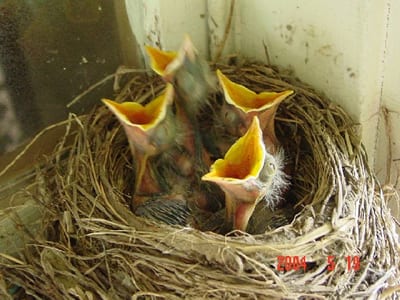 Tell Me What to Do!

I don’t regurgitate. I don’t feed you my regurgitated crap because that’s what “they” said you’d prefer and be most comfortable with.

I’d rather call you a cunt than lie to you.

When you see me speak to you in a group—which in this realm has happened twice at Ancestral Health Symposiums and twice at 21 Conventions—what you get is a preparation that began 2-3 hours prior—that’s why my slides are mostly all text and/or crude—with one dry run. Then I go give it. Fresh in my mind. And, I’m exited to do it. A nice chubby comes to mind.

I am not polished about it at all, but neither do I have the slightest fear. As I told Jill: everyone knows how to talk to people. They do it all the time, every day. This is merely an issue of scale.

If you can talk to one person on the fly, confidently, there is not a single reason you can’t talk to a million. The only thing causing you fear is silly bullshit in your head that’s completly useless to you.

You’re being your own worst enemy. Humans do that. Mind is a double-edged sword.

In the end, there’s so much hand wringing about speaking before a group of people that I must conclude that it’s because of over preparation and not lack of preparation. The problem with intense preparation is that you put yourself into an unnatural, robotic state. You’re not a robot. You will fuck up, some way or the other. You’ve attempted to program yourself, but humans don’t operate on programs well.

On the other hand, people buy into the notion that a lack of preparation is a fault, bound to fail. So they prepare and prepare and prepare some more. And then they clap their hands that they pulled off their presentation exactly as planned. Good for them?

But did you put on a show? Even at all? What was the point? Was the point to put on a presentation according to your precise plan, or to give the people who came to see you…YOU?

This one was prepared in my hotel room just hours before I gave it at Harvard Law, Ancestral Health Symposium, last year: Paleo Epistemology and Sociology. Thanks to Google, the images were cake. Did my dry run in the presenter’s room in company with the great Chris Kresser and Denise Minger.

Listen. Of course I can improve. That’s not the issue. The issue is that every ounce of it will always be me. I will always give you me, not Richard the Robot—because I’m too afraid to just be myself.