It serves to remember that low carbohydrate dieting is just as restrictive as veganism.

The “virtue” for both is in its approach; whereby, rather than forbidding a food group (animals-VG), the other forbids a macronutrient (carbohydrate-LC). But just basically extreme on both counts, and let me show you how I now view it.

It’s always interesting to me how very much in life can be described in terms of “Bell Curves” or Gaussian Functions. 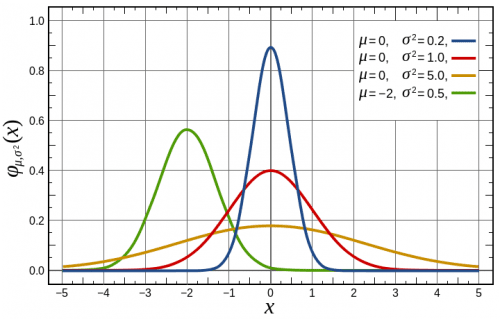 For Whom the Bell Tolls

It turns out that so many phenomena you wish to examine—whether it be behavioral or even environmental—or even results associated with anything—can be described by such distributions of the dataset you’ve imagined or defined. To explain it generally, there’s always outliers on both sides…but, the vast majority are not too vastly different from one-another. Take pacifists, outright murderers. Juxtapose them with most people. Take just about anything.

In terms of dietary models, LC-styled (moderate, low, ketogenic) diets and plant-based diets (vegetarian, vegan) are outliers—with everyone else having a much more varied, omnivorous diet, including starches.

Want a weird little mind worm to chew on? Take Pakistan, India, and Bangladesh—that used to all be all the same country. Flip it 180 from bottom to top. Bell distribution, with the heavy meat eaters to the left (Pakistanis), vegetarians, the vast majority, in the middle (Indians), and seafood eaters to the right (Bangladeshis). Cool, eh?

As most know, I’ve been blogging a lot about a particular kind of starch—resistant starch—that resists digestion by you and so does not touch blood glucose, but is instead digested by starch and sugar-eating bacteria in your gut that, in turn, give you things like short-chain fatty acid saturated fats that do things like regulate hormones and metabolism; such that, oh so fucking deliciously ironic, eating this kind of starch gives you better blood glucose regulation.

The die-hard, Shiite low carbers FUCKING HATE this FACT. Because, it makes them more wrong than a very wrong thing generally, and for a very fuck of a long time. Save for disease therapy—for those with only specific extra therapeutic needs—ketogenic diets are fucking moronic.

There, I said it. My problem is the prophylaxis bent of the LC movement. Increasingly, they are becoming like Vietnamese bar girls in the 60s and 70′s who think that because antibiotics cure the clap, you ought to just take them all the time. They are becoming just as foolish to me by the day.

Go read it again. This is not a dancing with daisies “lifestyle.” It’s a naturopathic drug that’s appropriate in a tiny sliver (left or right hand of that distribution) of cases. Similarly—but I know far less about it—I can imagine that an extreme vegan diet is appropriate therapeutically, for some. Otherwise, we’re omnivores, and we ought to probably be omnivores with gusto in most cases, because you don’t really know what you might be missing.

Here’s where that title quote came from:

As noted before, I’ve been basically low carb for 40+ years. It was keeping me pretty healthy, but things were starting to go south a bit (won’t bite you with the details) and ketosis wasn’t having the same great benefits it used to have. I’ve been doing PS for three months or so, and I’m shocked at the range of benefits, from digestion to FBG improvement (my BG was in the 80s the last few days at times–never previously). Dreaming is great, but my general mood is way, way better. One question is what is the main cause, better gut critters or better sleep, and I imagine the answer is both. And I also imagine it’s a positive feedback loop. Better sleep + better mood = less cortisol, or something. Anyone know of effects of high cortisol on gut biome?

Have we come in from the desert?

I tweeted it to Jimmy yesterday. No response. I guess it’s tough, since that commenter has been low carbing for about as long as Jimmy has been alive. Of course, I already went after Jimmy a bit and perhaps he’s sore about it.

As I was drafting this, another comment (longtime commenter) came in that’s worthy of dropping in here:

4 tbs a day (6 days a week) of PS has knocked me off my plateau – I was shocked when I looked at the scale the other day (maybe I need to gain a bit of weight back) and I am incredibly lean and muscular and have done nothing more than add PS to my routine of IF and a diet of meat, vegetables, oil (for cooking), nuts and supplement (with some white rice, a bit of fruit, and sometimes dessert on the weekends). I won’t have any holiday poundage to lose in 2014 :) It isn’t overnight however – I started the PS along with everyone else at the first post regarding RS early in 2013 and it has only been in the last few weeks that these results have become more dramatic.

I think that it is high time that low carbing be regarded as the very extreme that it is, along with the costs associated with extremes.

And you? What do you think? Are you yet ready to consider that low-carb or vegetarian / vegan extremists don’t really have your best interests at heart? That, maybe—just maybe—there’s just always excitement, antagonism and attention at the extremes of anything and that’s really more likely what it’s all about, easy attention?