Latest in Paleo 97: Tatertot Tim Steele and I, on The Gut Biome and Resistant Starch

Angelo “Scorsese” Coppola (it’s 2h, 15m long) dubbed it Perfect Resistance because we think Paul and Shou-Ching Shih Jaminet’s Perfect Health Diet is probably the most perfect “compromise” between rigid Paleo and SAD. I explain why in the podcast…Plus, it puts the entire low-carb community in the short pants they deserve to be in.

I’ll begin with an aside, just because that’s the way I am. The link to the show is the first in the above paragraph, so feel free to just not mind my aside ranting about low-carb, and skip ahead. Otherwise, it’ll be linked again below, saving you from the horror of up-scrolling.

…So yesterday, I had a breakfast of 1 1/2 cup of cooked, frozen and thawed pinto beans with a fried egg on top (you’ll have to listen to the podcast to understand why cooking, freezing, and thawing is relevant—no spoilers). By the numbers, that’s 68 grams of carbohydrate. At the 1.5 hour mark, my blood glucose was 107 mg/dL and I posted a pic of the reading on Facebook.

I get this comment late last night after 16 hours straight in front of the confuser, while detoxing with a bit of Ron Swanson, Parks & Recreation catchup on NetFlix. Yea. Hooked.

I’m far from that’s not very nice to the man but, I’m projecting; because honestly, I attribute this utter ignorance to the low carb community being afraid of its own shadow.

“With a carb load like that, a spike to 130-140 is perfectly physiologically normal. This is part of the reason why LC is so bullshit. They accept almost no spike in BG, which is just plain stupid ignorance talking.”

I don’t understand how the occurrence of a spike to 130-140 being physiologically normal is part of the reason that LC is bullshit. If there’s any logic to that conclusion it escapes me. My thinking is an elevated BG causes damage and personally I don’t care if it happens for only an hour or two, I’m not going to eat that food. The way you’re using RS seems like a fairly crappy “get out of jail free” card – I’d rather take RS and enjoy even lower BG levels and not as an excuse to eat marginal foods.”

I have an idea. We need to come up with a LOW HEART RATE human activity protocol. In it, no heart rate above 100 will be acceptable, everyone will be prettified of it—like savages during an eclipse of the sun. It will not matter if it’s a brief “flex test” or something called “exercise.” Hikes up any hill are plain out. Don’t even ask.

We’ll just say that any heart rate above 100 bpm causes damage, so nobody goes there. Those above 100 chronically are deemed Heartabetic, and anyone else who goes there too often are deemed pre-heartabetic.

Don’t worry, there’s drugs coming soon. Moreover, the LOW HEART RATE folks have natural interventions, so you don’t need to take the meds. You basically sit on your ass all day, but you never watch TV or film dramas—and horror shows are like the sort of indulgence that requires you to get yourself into an induced coma for a week or two to recover and repair your damaged heart.

If you have any problems with the protocol at all, the solution is easy: your heart rate is not low enough!

You just need to fuck off, more!

…Alright, back on track and I have a question for you. What happens when these ugly faces get together and collaborate? 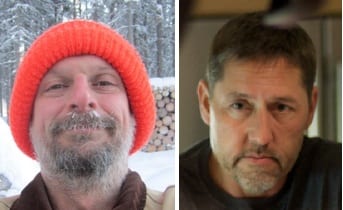 The fairly complete answer is going to cost you about 2 hours and 15 minutes of your very long life. You may have already read some or all of the 50+ posts on resistant starch we’ve collaborated on. You may have even participated in the comments, adding enormously to the value Tim & I have been tireless in trying to bring to you (especially him; it’s ’30-below’ and dark almost 24/7 in North Pole, AK)

So, this could be your payoff or your introduction, depending upon where you are or just falling in. It could be TL;DR. It’s all up to you, as it always is at Free the Animal. Everyone always gets to march off on any trail out of camp and away from the fire pit they want. The only thing is that if you want help, it’s not guaranteed, and you’re going to have to ask nicely to get it because there are no laws, no force. Nobody can be compelled to help you, ever, under any circumstances.

Here’s a shoot from hip, rough rundown of what Tim and I cover:

I listened yesterday and was again amazed by the production value this guy puts into it that, to my mind, sets the standard. 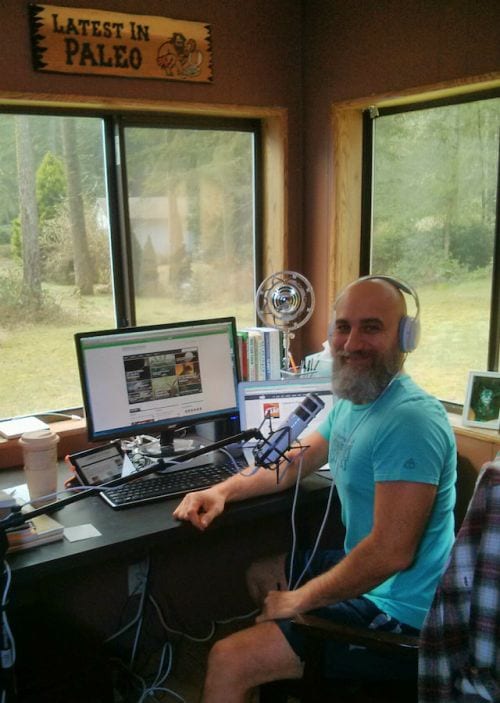 Go listen now, or download it for your commute. Tell me what you love or hate about it in comments. I’m presuming I won’t get comments from those indifferent.