Pretty much a Zombie, lately. I think it was John Durant who said, in reference to writing The Paleo Manifesto: Ancient Wisdom for Lifelong Health (highly recommended, especially the Biblical parts): “Writing a health book is the unhealthiest thing I’ve ever done.”

I can relate, but on a much smaller scale. I have Tim, and Tim does the dirty work up there in North Pole, AK where it’s 40 below, dark 21/7, and he has a case of cabin fever. I’m doing far, far less of the scrounging; most of the wordsmith, metaphor, story line, tie it together, make it engaging and so forth…and it’s excruciating for me. Way, way different than writing a blog post, or even a lot of blog posts.

Sometimes, I just stare at the screen for like 3 seconds without even writing anything.

Basically, working very well. Tim does stream of conscience so we get everything that can be on the page, on the page and way more because he’s a wild man. I do the best I can crafting it into something everyone can’t help but want to read and I emphasize: we’ve not yet used anything from the blog, and we’re over 300 pages, so far. It’s all new, all fresh, arranged around a story line.

I’ve read enough over the years about the pain of actually writing a book, so I’ve taken some clues and while not paleo, at least gluten free. I keep my Cuisinart GriddlerExpress on the counter and plenty of Udi’s gluten free bread. I even had a PB&J the other day, perhaps the first one in a decade (no, I didn’t grill it). 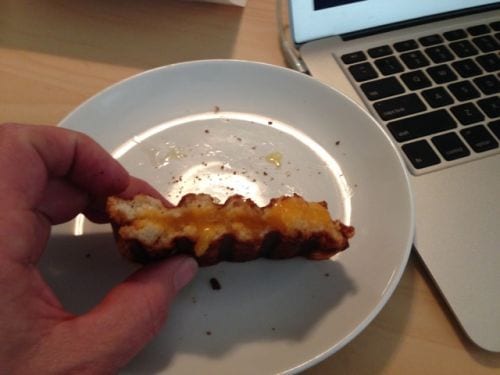 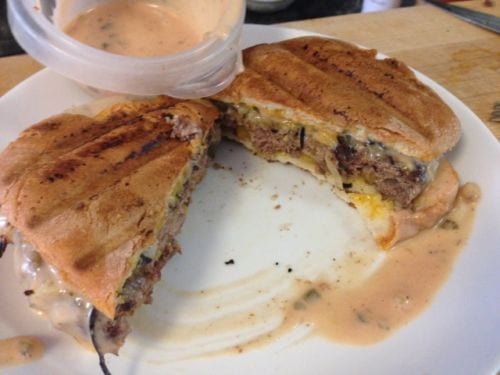 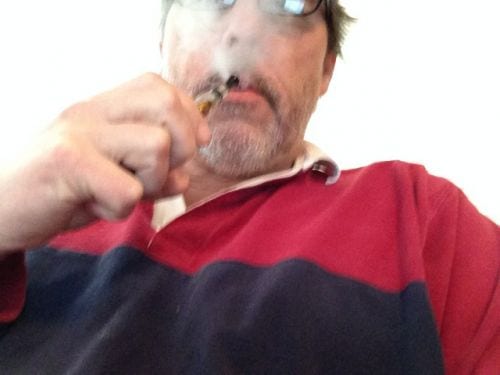 No haircuts or shaves planned, showers are only when I think I need one, and I’m basically wearing the same clothes up to 5 days at a time. Underwear isn’t really a concern, since I go commando. 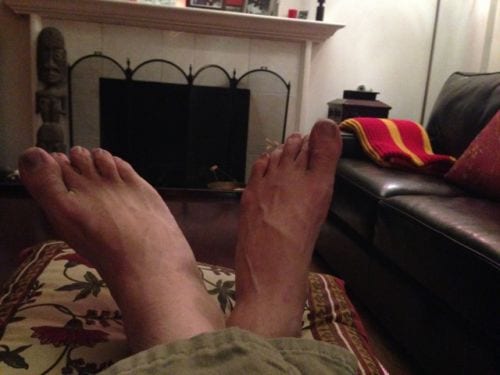 The other night I went to watch TV, catch up on some of my favorites that had been recorded on DVR. I watched for a few minutes and asked myself, “you really watch this crap, Richard?” It was unbearable. I was dumbfounded over how absolutely, concretely unbearable I found it. Had to turn it off. But I didn’t want to stare at the writing screen anymore for an hour, coming up with the next paragraph.

So I sat in the dark.