Alec Baldwin to the World: ‘Fuck You I Quit’

Well, this was one helluva read first thing this morning and I loved just about every bit of it: Good-bye, Public Life, penned by Alec himself and aptly published on a site named “Vulture.” 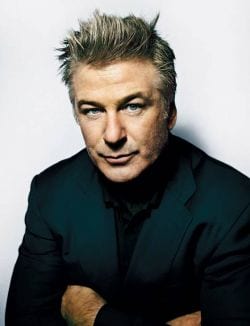 Think what you will about Alec, and I know he’s such a lefty commie ideologicaly, but I always can’t help but like the guy in so many ways. He’s no dummy, he speaks his mind, and he doesn’t suffer fools. And he acts with a rare honesty and integrity in every role he takes on. I often joke that even as much as he loathes GWB, he could play him in a movie and completely convince you of GWB’s sincerity, better than GWB could do playing himself.

And Alec is fucking funny. I never watched any 30 Rock, but I just may have to fire up the Netflix and check it out. Ha, doing that with Parks and Recreation now. What a juxtaposition: Alec Baldwin and Ron Swanson.

I flew to Hawaii recently to shoot a film, fresh on the heels of being labeled a homophobic bigot by Andrew Sullivan, Anderson Cooper, and others in the Gay Department of Justice. I wanted to speak with a gay-rights group that I had researched and admired, so I called its local Honolulu branch.

The office number turned out to be some guy’s cell phone. I left him a message—I said, “I’m from out of town, I’m visiting Hawaii on business, I’d like to get some information on your group.” After two or three more calls, he answered the phone. I said, “Yeah, I’m the guy that called about your organization.” And he said, somewhat impatiently, “Okay, well, what did you want?” I said, “Well, let me put it to you this way, Nick. Your name is Nick? Nick, let me begin by asking you a question. Who would you say, by your estimation, is the most homophobic member of the entertainment industry currently in the media?” And he paused for a long count of four and said, “Um … Alec Baldwin?”

I met with Nick and others from two LGBT organizations. We talked for a while about the torment of the LGBT life many of them have lived while growing up in traditional Hawaiian families. Macho fathers. Religious mothers. We talked a lot about words and their power, especially in the lives of young people.

One young man, an F-to-M tranny, said, “Are you here to get dry-cleaned, like Brett Ratner?” Meaning I could do some mea culpa, write them a six-figure check, go to a dinner, sob at the table, give a heartfelt speech, beg for forgiveness. I thought to myself: Beg for forgiveness for something I didn’t do?

“Gay Department of Justice.” Still can’t stop lafing. The whole thing is as fucking funny as it is fucking sad, and you get to decide which is which. So read the whole thing and thank yourself.

Then go take in Alec & Jerry Seinfeld in this episode of Comedians In Cars Getting Coffee: ALEC BALDWIN - ”Just a Lazy Shiftless Bastard”. That’s what Alec calls Jerry, incidentally.