Down the Rabbit Hole: When Phytate Becomes a Nutrient 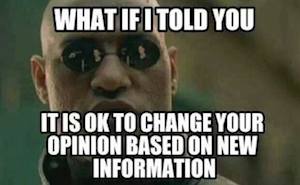 What I outline below I found almost humorous. Really, I laughed out loud when I read it. One of the most sacred tenets of paleo is that of phytate, or phytic acid. It’s a Very. Bad. Thing. Primarily found in higher concentrations in cereal grains, it binds to important minerals in our food, such that we don’t absorb them and that’s obviously problematic. So the story goes, anyway…

But I’ve always wondered—in line with the idea that the dose makes the poison—is it really an issue of things like cereal grain consumption per se, or that humans like to make cheaper foods so-called dietary staples that tend to push out lots and lots of nutrient dense, more expensive animal sources of food? And considering things like hormesis—stressors—are smallish amounts of so-called toxins better than none at all ever? We’re just begining to discover, after all, that helicopter parenting in terms of creating sterile environments—in scales that would shame the local hospital O.R.—leads to compromised immune systems, since the bacteria in the gut constitute 70% of immune function. And just how do they get in there? Just like most other things, it needs exercise, including even the pathogenic ones at some small level. Use it or lose it.

Back to phytate, what if you have a healthy gut, along with the right flora present? Hot off the presses:

Communication is vital to any successful relationship. Researchers from the Institute of Food Research and the University of East Anglia have discovered how the beneficial bacteria in our guts communicate with our own cells.

This is a key step in understanding how our bodies maintain a close relationship with the population of gut bacteria that plays crucial roles in maintaining our health, fighting infection and digesting our food.

A study, published in the journal Cell Reports, shows that the gut bacteria produce an enzyme that modifies signalling in cells lining the gut. The enzyme also has another role in breaking down food components.

“Our study provides a breakthrough in understanding how bacteria communicate across different kingdoms to influence our own cells’ behaviour, as well as how we digest our food,” said Dr Regis Stentz from the IFR, which is strategically funded by the Biotechnology and Biological Sciences Research Council.

We all rely on trillions of bacteria in our gut to break down certain components of our diet. One example is phytate, the form phosphorus takes in cereals and vegetables. Broken down phytate is a source of vital nutrients, but in its undigested form it has detrimental properties. It binds to important minerals preventing them being taken up by the body, causing conditions like anaemia, especially in developing countries. Phytate also leads to excess phosphorus leaching into the soil from farm animal waste, and feed supplements are used to minimise this.

But despite the importance of phytate, we know very little about how it is broken down in our gut. To address this Dr Stentz and colleagues screened the genomes of hundreds of different species of gut bacteria. They found, in one of the most prominent gut bacteria species, an enzyme able to break down phytate. In collaboration with Norwich Research Park colleagues at the University of East Anglia, they crystallised this enzyme and solved its 3D structure. They then went on to characterise the enzyme, showing it was highly effective at processing phytate into the nutrients the body needs.

The bacteria package the enzyme in small ‘cages’, called outer membrane vesicles (OMVs) which allow phytate in for nutrient processing but prevent it being destroyed by our own protein-degrading enzymes. This releases nutrients, specifically phosphates and inositol, which can be absorbed by our own bodies, as well as the bacteria. [emphasis added]

Well, is this not the problem inherent in always only looking at 10% of us (human cells) and not the other 90% (gut flora cells)? What may well be an “anti-nutrient” to us might be a nutrient to them, and they can, in-turn, make it nutritious or beneficial to us. In any complex problem, there’s typically both addition and subtraction, the net result being derived from integrating both. The essence of bias, essentially, is to prefer one over the other.

So what’s next? Lectins, saponins, polyphenols, etc? I hope Dr. Loren Cordain can weather the storm. He’s sure got his panties in quite a bunch over Chris Kresser’s appearance on Dr. Oz (Pt 1, Pt 2, Pt 3) where he had the audacity to invoke dairy and legumes as potentially beneficial for some in a sentence with the word Paleo in it. Chris has had good success with his NYT Bestselling book, Your Personal Paleo Code: The 3-Step Plan to Lose Weight, Reverse Disease, and Stay Fit and Healthy for Life. (I’ve always got the impression that Cordain kinda thinks he owns the term in a dietary context, behaving as though he’s protecting his property.)

In the space of a week, Cordain has penned two blog posts, the first being the conventional Paleo® screed against legumes and the 2nd, dairy. None too happy with Chris. From the 2nd post.

I note that Chris Kresser has recently become quite a spokesperson for contemporary paleo Diets, as he recently appeared on the Dr. Oz TV program, espousing the dietary benefits of both dairy products and legumes in contemporary paleo diets. A brief check of Chris’s scientific publication record on PubMed for “Paleo Diets,” or any other topic for that matter, comes up with absolutely zilch — zero ! — nothing ! – no publications whatsoever! This evidence (or lack thereof) lends little credibility to Chris’s claims as an expert in diet, nutrition or anthropology — much less paleo Diets. He has simply never put forth his ideas in peer review, scientific journals. Nevertheless, the presence of scientific publications or advanced degrees don’t always guarantee expert advice; rather good ideas and rationale thought, supported by solid data frequently do. Chris’s advice that legumes and dairy are indeed “Paleo” foods that should be regularly consumed in contemporary diets mimicking the nutritional characteristics of our pre-agricultural, hunter gatherer ancestors is ill founded at best.

Always funny when someone puts out an ad hominem appeal to authority and then just kinda backs off in the very same paragraph. Trial balloon, I guess. See how it floats.

I wonder if anyone has ever pointed out to Dr. Cordain (exercise physiology, is it?) that he’s never actually treated a patient in a clinical setting—that I’m aware of—getting continuous feedback on what works for that individual vs. what doesn’t. Once you integrate the gut biome of 100 trillion cells in 500-1,000 species—10 times the cells in our body and 30 times the DNA—you begin to realize how we’re all snowflakes.

Wish it were as simple as Dr. Cordain simply prebublishing the verbatim screeds he published or wrote about over 10 years ago.

Update: Chris has penned a post all about legumes and why they are an OK choice for those who tolerate them well, properly prepared. Lots of references.