It’s quite remarkable what the other 90% of your body can do, in terms of raw cell numbers.

Commenter Charles Richardson non-anonymously (unlike those anonymous who poopoo anonymous anecdote) rings in.

I started potato starch in August or September, when the picture on the left was taken. The one on the right was just taken, after five-six months on potato starch and various probiotics. I’ve not lost an ounce, in fact I’ve gained a couple of pounds. And I’m not exercising more or drinking less wine. I think the difference is pretty striking. I’m not being too narcissistic here I hope, but it’s amazing what a reduction in overall inflammation can do, and it’s amazing what getting your gut biome in shape will do. The only thing I changed was adding PS, and I was already doing a pretty healthy diet.

(Feel free to immediately trash this…it’s for informational purposes only.)

Girls will be girls. I digress. But then, in later emails, she went off into all sorts of girbil and rabbit holes about different sorts of bacteria in the gut and flamitory and in, and I’m like ‘YAWN GIRL…He’s back on the market!’ Don’t you get it?

RU familiar with Saccharomyces Boulardii? It’s the industry standard probiotic to give during antibiotic treatments to prevent post-antibiotic candida and to treat fungal infections (fight yeast with yeast; like clostridia against C difficile). It was isolated from tropical fruits — MANGOSTEEN and lychee. I’m certain it grows on the skin of green bananas.

Guess what probiotics grows on our favorite RS/fiber sources?

B subtilis on TIGER NUTS… B subtilis is another one of my favorite SBOs which makes vitamin K2 and digests sourdough gluten, caseine, etc.

The microbial populations and the levels of invert sugars in juice extracts from healthy tubers of Cyperus esculentus L. stored at 10, 20, 30 and 40 degrees C were determined. Bacterial counts increased with time and attained the peak on the 25th and 35th d at 40 and 30 degrees C respectively. Similar trends were obtained for the yeasts, but the peak counts were recorded on the 20th and 35th d at 40 and 30 degrees C respectively. At 10 and 20 degrees C, the counts, both for bacteria and yeasts increased throughout the 40-d period. Invert sugar levels increased throughout the investigation period at all the tested temperatures. Highest levels were recorded at about 30 and 40 degrees C while the lowest levels were obtained at 10 degrees C. Of the seven bacteria and five yeasts tested, only Saccharomyces rouxii, S. cerevisiae, Schizosaccharomyces sp., Pseudomonas chlororaphis, P. fluorescens and Bacillus subtilis brought about significant hydrolysis of sucrose in vitro. Results on the microbial populations and levels of invert sugars in raw juice extracts suggest that yeasts could possibly play a greater role than bacteria in the hydrolysis of sucrose in vivo.

Also, in another thread:

What is the most effective way to kill and make extinct our beneficial symbiotic flora?

Over evolutionary time, our guts shrunk because our host body became more and more reliant on their work capacity so that it could enlarge the DNA genome for other important things — talking, cognition, mating, making Valentine’s LOL, hunting, defense, group dynamics, child care of progressively premature infants, et cetera. Our guts do so much and we blast them in gratitude with potent synthetic antibiotics. The ramifications are evident now.

Do these populations ever return? Is it like a single course of antibiotics where they may never re-establish even after 2 years?

Though he blasts potatoes, even Cordain has published that early hominins consumed ~25% of their diet from underground storage organs (starchy, fiber and RS-rich tubers).

This is the case for 2 million years of our ancestors evolution!

Several of these that are lost above are in high quantities in centenarians. Biagi et al also found the connection between “The decrease of both Clostridium cluster XIVa [Roseburia] and F. prausnitzii group members was also correlated to frailty condition, hospitalisation, antibiotic treatment and non-steroidal anti-inflammatory therapy.”

Clostridium cluster XIVa is also referred to as the Clostridium coccoides/Eubacterium rectale group which are potent cross feeders of resistant starch and raw potato starch in clinical experiments. [E rectale are poor RS fermenters but they live symbiotically with keystone gut species that DO EAT and ferment RS to secondary food (substrates) which E rectale consumes like a hog on fire.]

I, on the other hand, said:

You sure that right one wasn’t taken like 2000 and you just got computer files mixed up? 🙂

Would love to pop it up on the blog, but only with your permission, of course, name or no name. Some people think I’m already making this up, so doesn’t matter to me. 🙂

Men will be manly MEN!

Then I walked my iPad into the kitchen to show Beatrice, without saying anything about it, just that he’s 62. “Wow, how much weight did he lose? He looks great.” 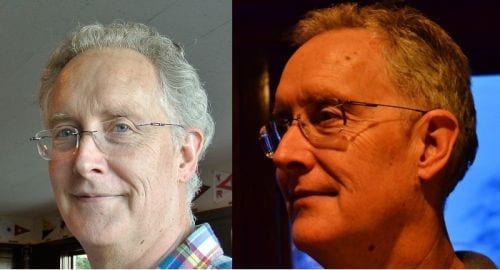 You can post it if you want. And I’m incredibly and eternally grateful to you and Tim and Grace for this. The first picture scared the hell out of me when I saw it. It was the first time that I thought I had to admit to getting old at 62 finally. That plus some strange numbers from my latest blood work, plus that ketosis wasn’t doing shit anymore except giving me even worse brain fog. Then right about that time, you guys came up with the ridiculous idea that fucking potato starch could do something good. What a pile of crap.

Politically, you and I will disagree on almost anything. But I will have your back in any foxhole you find yourself in. And that’s the truth.

Laf. I’m assuming Charles is one of those commies I hate, but looks past it, just as I do when dealing with the mindwhorthy or at least, those of good heart and conscience, in my exclusive judgment, which is the only judgment I take very seriously.

…Digressing a bit about the mindwhorthy. The exponential increase of thoughtful and intelligent commenters on FTA has been extreme. It’s kind of a new gig for me, even though FTA is the most raucous mix of commenting anywhere in Paleoishland, bar none. It’s only the subject matter that has changed, plowing and tilling new soil, just as I like it. Knowledge is never static. Most have come along, a few, or one, have not. Rather, they/he tweet/stalks all waking hours….

Nope, I’ll just stop there. Hopefully, he got the email notice of the mutual-friend family death notice I sent him a couple of days ago. No acknowledgement yet.

Update: Because everyone is so owed, so entitled; because I have a blog and happen to post stuff people can read, not read, love, hate, or be indifferent too: the ENTITLED are a very special bunch. They’re very special. With very special needs.

This new photo set is for them, just because they’re so special. 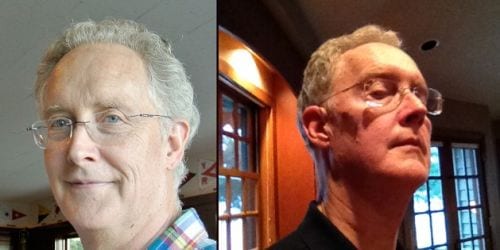 Alright, all you entitled people. Go out and tell the world all about it. Quick!