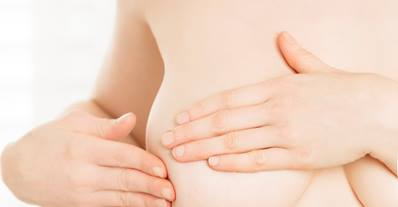 I can’t even stand the thought of a mammogram, even though I’ve certainly not, and will surely never be having one.

Guys, imagine having to go in every year, dangle your package between two cold plates of some metallic alloy—designed to be cold, impersonal, and clinical. To add insult, the nurses in attendance will simply ‘humph’ and look away unamused by every joke you tell in your pathetic attempt to maintain some semblance of your dignity. You have none, and they’ve heard them all before. The cold, impersonal and clinical is pervasive, complete. Perfect in its conception. And they haven’t even radiated you, yet. That comes after they squeeze, and they only know they’ve squeezed enough when they see the anguish on your face. And then…just one more incremental squeeze for good measure. Humph. Don’t worry. It’ll all be over in a second.

But there’s money to be made.

The Ugly Truth About Mammograms

I must question the author’s use of phrase. “Ugly Truth,” in an article about titties? Très gauche. …Oh, and if you don’t care for my descriptive, know that I often use “lovelies,” which I’m sure you’d prefer. Unfortunately, the former is less ambiguous for search engines than the latter.

But anyway, Dr. Charles Wright has done us a service and it goes beyond just this issue. I think articles like this are harbingers of good things to come, where the people who got into health care in the first place—like, to actually help people and get real results—become sick and tired of the gross harm done in the pursuit of dollars, by socializing the costs of the miserable to those standing in line for future misery.

Where, if only women at risk were to undergo routine mammography, the money trail would not support the cost of the equipment and all the people associated with the service. So instead, they allow women to go through a couple of weeks of trauma and freakout until the biopsy indicates nothing. It’s an ethical dilemma. But dollars trump ethics in this case.

My tax dollars are being used to coerce and frighten women into going through this procedure multiple times in their lives. Meanwhile, the types of breast cancer that killed in 1960 are still killing today, no change.

I refuse to be part of this industry. Same with the colonoscopy industry. People should just eat raw potato starch and psyllium. Stop the crap SAD stuff and boost their health instead of looking for something wrong all the time.

The truly crazy thing in Canada is that they are not utilizing the DNA shit testing available in Europe. It’s probably more accurate in asymptomatic people than a colonoscopy. But then all it would take is 200 bucks in a doctor’s office. It would not require an anaesthesiologist, a GI guy and nurses. What a primitive, intrusive, life disrupting activity. Most people have nothing going on and the cancer patients I know of were self reported. All were noticing problems way before the colonoscopy was used. Same with breast cancer: most are self reported.

I can’t even get a shit test kit. They can be obtained in the US. There’s all this government-industry hand-in-glove bullshit going on all over the place. And my hard earned money is being sucked out of my pocket to fund it.

Unfortunately people have been taught to not think for themselves and figure out benefit/risk. They go like sheep for something they don’t require. [emphasis added]

Classy looking equipment and hi-tech procedures in Star-Trek-esqe rooms cost big bucks. What Gabriella is saying, essentially, is that there’s only so much money you can suck out of the sick; so you’ve eventually got to go to the healthy and spin a web of deceit, such as to make them believe they need “early-sceening” (Sounds so exact, right?; almost like being scanned with a tricorder, or something. Tricorders are flawless.). Et voilà, you’ve got more people paying for it via ever increasing insurance premiums than the few who may, perhaps, benefit (supply & demand: unlimited demand doesn’t bring unlimited supply; it brings higher and higher prices in order to find equilibrium, at least in the short term).

Now onto some truly shocking excerpts from the article, and I don’t shock easily.

When first introduced four decades ago, breast cancer screening with mammography was widely regarded as an important tool in the fight against this terrible disease. It seemed obvious that the earlier it could be diagnosed the more lives could be saved. Aggressive treatment, it was thought, would prevent the cancer from spreading through the body. A huge amount of research evidence since then has slowly and painfully led to a different conclusion.

It is now clear that the benefits of screening mammography have been greatly exaggerated and the serious adverse effects all but ignored in the enthusiasm to support breast screening programs. It’s time for these programs to be reconsidered. [..]

This is a very unpleasant message for modern developed societies where three generations of women have been led to believe that regular mammograms will save their lives and where an enormous related industry has been built up, but it is time to face the facts.

Unscientific opinions and powerful vested interests abound on this subject […] One of the most trusted of these, the Cochrane Collaboration, has been studying screening mammography intensively. Their most recent bulletin states that the benefit of screening 2,000 women regularly for 10 years is that one woman may have her life prolonged. Of the other 1,999 women, at least 200 will have false positive mammograms leading to biopsies and surgery, and at least 10 women will be falsely diagnosed with breast cancer and consequently subjected to unnecessary surgery, radiotherapy and chemotherapy. […]

Now we’ve more evidence. The Canadian National Breast Cancer Screening Study published this week in the British Medical Journal, and widely reported in the international media, solidly confirms that there is no upside to breast screening healthy women in terms of mortality benefit in exchange for the downside of all the adverse consequences. In this study, 90,000 women aged 40-59 were randomly allocated to the mammography screening program or to annual physical examination only, with follow up to 25 years. The mortality was the same in both groups (500 in the first group and 505 in the second). […]

This new study, along with the Cochrane analysis, represent the beginning of a growing consensus among scientists and clinical epidemiologists that the evidence no longer supports population screening of healthy women with mammography. Several prominent female UK doctors have gone public about choosing not to have breast cancer screening, including the editor of the BMJ, the past president of the Royal College of GPs, and the professor of obstetrics at King’s College London.

I can hear the race for a cure folks stumbling now.

And what do you want to bet the football players are all in pink again next October.