“Evolution Turns The Unavoidable Into The Necessary”

Chew on that title for a second, in the context of survival pressure, selection, and rapid evolution in spurts.

Think back to a million years ago, with everyone sitting around wondering where the government and social services were: “how are we going to save and perpetuate genes that can’t manage a hominoid life?” Today, half of human productive income goes—in various ways—to ensure the survival of the ‘unfitest’ (and I must say: unproud). Now, cellular gene evolution and human social evolution are all muddled. It gets worse; because it’s not only about helping them survive, in spite of being touted as all and only about that. Certain folk, with official titles would actually prefer the genetic and socially unfit—lifelong dependents—to be the predominate genetic makeup of the newborn; but don’t worry: there will be schools for those who demonstrate “leadership qualities.” I digress.

Long story short: you are the engines of your own demise into cog-in-machine collectivism, where eventually, all truly creative producers will have been bread out of the genome, with nothing left but Queens and Worker Bees.

Or, you simply cannot escape your own laziness and embarrassing lack of basic pride, and you’re OK that your offspring can just sit on their ass and never find that they have to do something they themselves take pride in—at least once—in their one and only life…because all those other supernatural “lives” are just fantasy.

Human Evolution has jumped the shark.

Maybe its “become obvious” to our gut microbiome. Not in an intellectual way, of course, but they do communicate bi-lingually, via chemicals—both inter- and intra-species (different chemical languages). We assume that communication has only to do with their own raw survival and warfare against each other. Chemical warfare…some sense of colonial numbers based on chemical concentration, and so on.

…When you get a really bad case of the shits, are your 100 trillion microbes sending an overt message they’ve been trying to send via the brain-gut connection with its 100 million neurons, but you won’t listen?

Is it the case that food engineering has circumvented nature’s quiet voice, and so for the sake of its own survival, your gut biome has no recourse but to rough you up a bit? Or, maybe the good guys had a bad day against the bad guys, executing their own version of the nuclear option. After all, they go through about six generations per day and have been doing so for 3 billion years. Four hours is not a lot of time to get a lot of life experience.

Now get a load of this. 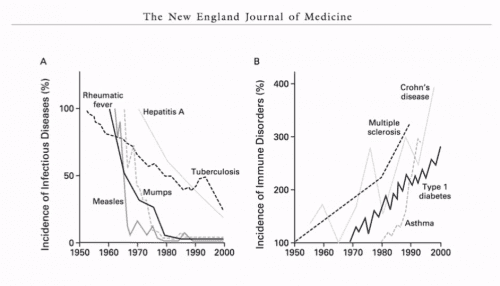 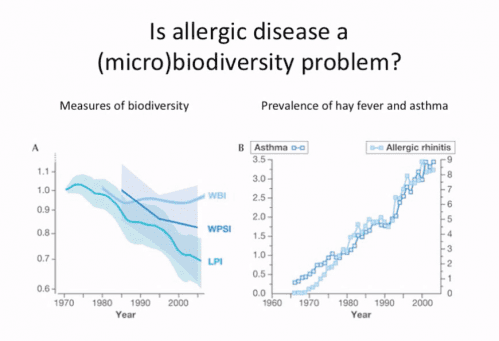