Maya Angelou: Commie in Service of the Nomenclatura. Who Gives a Fuck She’s at Room Tempurature?

Thought some of my readers might get belly lafs. 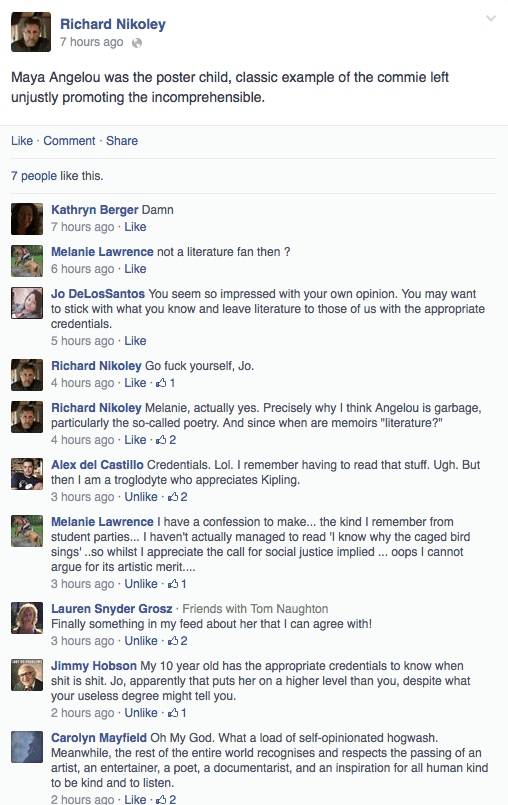 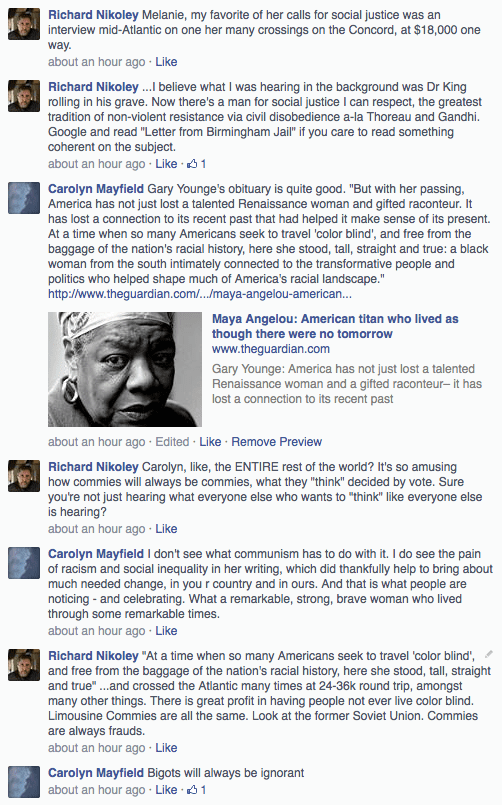 There is one single narrative throughout history more powerful than religion: war. I say do an n=1 experiment dumping both.

The commie narrative seeks to pit every individual against every other individual, not just groups in some fashion of solidarity as in religion and war narratives. As such, it’s the most destructive narrative of all. But it goes so far, so against selfish nature, it doesn’t work. We are social animals. Ironically, that’s why commieism never works.

Feel free to take me on, commies. I’ll bury you as surely as Angelou soon will be. You are the dinosaurs, and like them, never saw the end coming.