I don’t know how you can get any better than this. And Peter was absolutely the best possible spokesman. 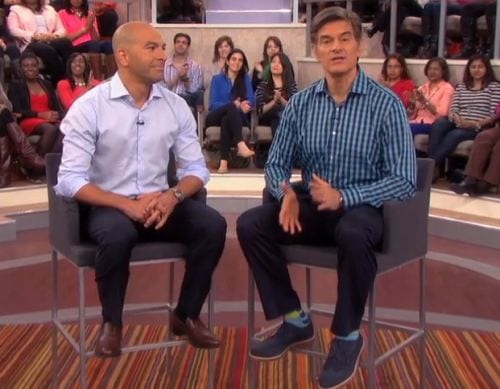 I know Peter. We’ve chatted on the phone and emailed many times, and when we shared a dinner sometime back in Palo Alto, Peter’s soft spoken communication skills had the husband and wife at the next table so intrigued they were literally bent over to eavesdrop. Eventually, unable to contain themselves any longer, they apologetically interrupted us and we must have talked for another 30 minutes with them.

Listen very carefully to how skillfully Peter communicates this message, like he has a BIG fish on the line (Oz), and while he certainly wants to reel him in, he doesn’t want to fight so hard or come off so adamant that he loses him. In the end, they both come out looking and sounding great, and the way the message is crafted is just stellar, in my view (i.e., the focus on processed foods, rather than blanket “carbohydrates”). Sure, either could have quoted lots of studies, but it would have been lost on the audience Dr. Oz commands.

It’s just the beginning. Saturated fat phobia is dying and moneyed interests are going to fight hard for the “food” and “beverage” industry status quo. Too bad for that industry—like you’re some machine. They’ve made billions replacing more wholesome (and costly) ingredients with cheap, industrially processed and refined sugar and grain/seed oils, while being invited by the masters you sheeple vote for to label their junk “heart healthy.” This, all supported by legions of Grant Whores in the medical research establishment—or should I say industry—often being funded by these same food giants.

The segment is in two parts, each running a couple of minutes. Click here for part 1. Part 2 should begin automatically but if not, here’s the link to that as well.

I suppose it’s inevitable that some folks are going to find a way to criticize this on some level. I advise to relax and consider that just a few years ago something like this would be unthinkable.

And share this around. You know how it goes. You’ve talked to friends, family, colleagues and co-workers for years and their pantries still look the same. Give them a few minutes of Dr. Oz and they’ll think they came up with the idea.