Here’s how you could better grow your one and only life, in my view. 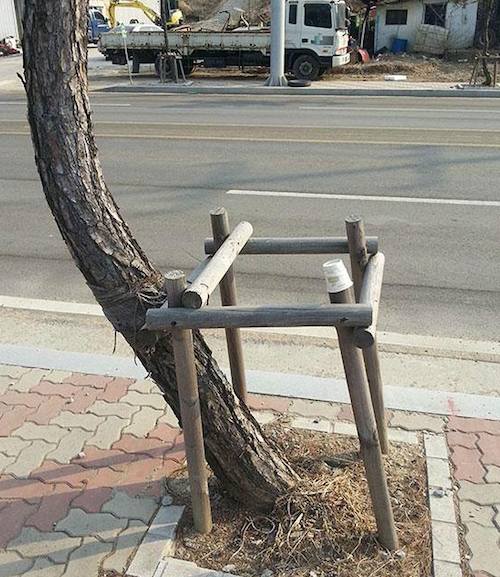 Outside the Busybody Box

Since 1991, I’ve had this metaphor in my head: outcompete god. On levels, it’s hilarious to me that people pray to a skygod for so many of the things man routinely manages and fixes. To state it another way, while I was intrigued by the New Atheists and read many of the books that came out, I never put much into promoting; and I care not for atheist activism in terms of Nativity scenes in the public square, et al. Big waste of time, and a distraction.

To me, the best way to defeat the notion of a skygod is to simply outcompete it. Pray all you like; but in the end, it was that quadruple bypass that saved your grandfather’s life, and humans invented that. …Organ transplants; and now, knee and hip replacements of god’s faulty, worn out equipment that give many old folks new life. I just spoke with the mother of my bro’s significant other on Sunday. She got both hips replaced in Jan/Feb and has a completely new lease on life. Now that she’s fully mobile again, she’s lost a lot of weight, back to her active hiking self. Alternatively, how long, being sedentary in chronic pain, until she’d have developed all forms of metabolic syndrome leading to eventual debilitating “living,” culminating in early death?

Pray all you like. God has been outcompeted. And now, humans have even created “aliens.”

…And so is my approach to the State. Outcompete this 19th Century (and way beyond) Idea. Four fucking videos; but hey, each of them are 3-4 minutes long, and they’re good.

Fuck the State and its pipsqueak & clown, pettifogging limpdicks. Update 1

On Lyft, both the driver and passenger rate each other. Accordingly, if either has too many bad ratings, going to be tough to get a gig or a lyft. I’ve found that people are pretty damn reasonable if you make a little effort to give them what they pay for and as advertised. In my vacation rental business, where I’m on VRBO, AirBNB and FlipKey, I have nothing but top ratings and all of my guests have been nothing but normal good people. AirBNB and FlipKey asks me to review guests just as they were asked to review me.

Fuck the State and its pipsqueak & clown, pettifogging limpdicks. Update 2.

There was a good comment by Lauren Snyder Grosz when I posted this to Facebook this morning.

I thought I might have a lil crush on the founder of EatWith until I heard him talk about working with officials. I don’t think this is the road he’ll be successful going down. The people signing up with EatWith don’t have any interest in having officials check items off a clipboard. They’ll just use technology to find ways around his company if he doesn’t figure out how to stand up for the people he’s getting a cut from.

Indeed.  Good way for him to get leapfrogged by someone who doesn’t give a fuck about working with regulators (OR PEOPLE FIXING DINNER IN THIER HOMES TELLING GUESTS THEY’RE REGULATED). Even for actual restaurants, now. When people want to check out a reputation, where do they go? Yelp, Zagat, etc. Moreover, have you ever watched Robert Irvine’s Restaurant Impossible? Ramsay’s Kitchen Nightmares? Ever wondered where are the State inspectors, when so many of these small operators are violating not only every health code in the book, but every common sense best practice for professional food servers?

So, the State actually harms you while professing to help you. Gives you a false sense of security. Moreover, it allows bad actors to scoot along because all they have to do is find a way to fill out forms, pay fees, and pass inspections—if tough inspections ever even happen. Restaurants need an Underwriter’s Laboratories equivalent—keeping you actually safe using all manner of electrical appliances for 120 years. Ever wonder why the State doesn’t have a bureau of electrical appliance safety? Can’t even hope to compete with the UL stamped on every electrical device you own (go look), that’s why.

Where is your savior?

Fuck the State and its pipsqueak & clown, pettifogging limpdicks. Update 3

Forwarded this to Beatrice. She has a million lesson plans going back 30 years. Told her I’ll be her editor.

Most notably, she’s more interested in the new stuff she’s been doing over the last couple of years as part of a Project Based Learning experiment in the school she originally taught at, as a new teacher. School went to pot over the last decade since she’s been gone, and she was hand picked—along with the entire staff including new principal—to get it back to where it’s helping kids, again.

She recently raised about $3,000 via online crowd-source-funding to beautify an area of the schoolyard that borders a neighboring property. However, unlike in the meat grinding, just-another-brick-in-the-wall way, the students did everything. She just facilitated and guided.

In other words, education is evolving into an apprentice-master relationship, instead of the loser teacher-student relationship to serve teacher and ivory tower authoritarian ego, and their structures.

Oh, just a footnote; one Kindergarten teacher on TeachersPayTeachers.com has earned $2 million, from other teachers, for her ideas and work. So, pray to your one-size-fits-all-lowest-common-denomiator Teacher’s Union. Or, strike out and get paid what you’re worth on your own.

Fuck the State and its pipsqueak & clown, pettifogging limpdicks. Update 4.

Back in around 2008, I and a co-founder did a startup that came within a few hairs of getting A-round VC funding (from Andy Rappaport at August Capital, a lead original investor in Skype) after dozens of presentations in Silicon Valley. It was in the peer-to-peer lending space. you may have heard of Prosper and Lending Club. These are basically people lending—not giving—other people money, for a rate of return.

As market research, I put $1,000 into each of Prosper, Lending Club, and Kiva.org, a non-profit lending vehicle where your charity is to forego interest (plus the risk of losing principal). I did OK. I lent in increments of $25 and $50 to tons of different folks, got back the vast majority of principle in Prosper and LC, and principle losses were made up for by interest received on good loans. Made a little money. For Kiva, I got back 100% of principle, from sheepherders, farmers, cart and roadside food-shack owners, and whatnot—in the 3rd world!

Educational. You can be a banker yourself.

Long story short, our P2P lending was more P2B lending. See, as small bus people ourselves, we knew how banks operate. Until you get to a scale where you can just sign for a credit line of $250,000 or more, you’re stuck with an equity line of credit, should you have equity in some property. So, our deal was to give people the ability to loan money to small businesses where they had knowledge. People actually know a lot about business, in niches. They frequent coffee shops, bistros, small clothing merchants and on and on. They have knowledge that bankers do not. How often have you thought that you could run this business? You may be wrong, you may be right, but the important thing is that you’re passionately invested, so how about give you a chance to put a little money on the line and earn some back if you’re right?

My active company at the time invested $160,000. Friends and family made up the other $90,000, for a total of $250k. $40K of that was spent on lawyers, because we anticipated regulatory issues. That $40K bought us the word that the SEC would probably file it under one of many exemptions. It did not. Both Prosper and LC had to cease operations for 6 months in order to get their loans registered as “securities.”

It killed our effort.

$250K down the drain. What’s the most disheartening for me is that we had a lending algorithm that would have been very competitive against Prosper and LC, in that the lenders would have had so many more options to manage risk. In essence, we synthesized what you would experience with a 1st, 2nd, and 3rd mortgage on your home. Lenders could “pick their position” (plus lots of other variables) with associated risk/return.

So now, FedCo wants you to be able to get actual equity. So they say.

Or, is it just a reach in order to have more stuff to “regulate,” more stuff to make headlines over every time granny does something dumb and invests too many eggs in one basket?