Get Your Panties in a Bunch: I Hosted Jimmy Moore’s Livin’ La Vida Low Carb Show
The Resistant Starch Revolution in the Swedish LCHF Community

Bea is bringing Scout home today. Exactly a month ago, this rat terrier boy (about 4-5 yrs old, estimated) was found roaming the streets and got picked up by animal control, delivered to the shelter. He should weigh about 15 pounds. He weighed just over half that, at 8.x. After a month there, he’s nearing 10.

Yesterday, we took “Nuke” over to meet him. It was a very cordial affair. This morning, she wags her bobbed tail at the mention of his name. Signs are, she’ll be Alpha female. But, we’ll see. Gotta hold out hope for male domination, after all. I’m hoping he won’t let me down. :) 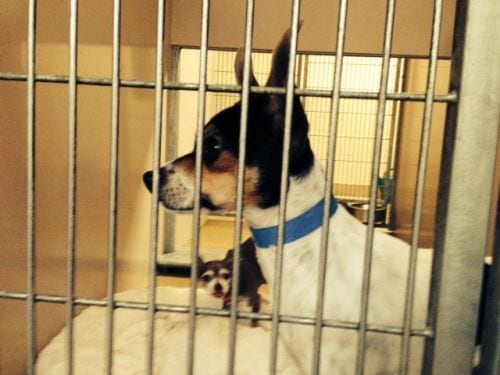 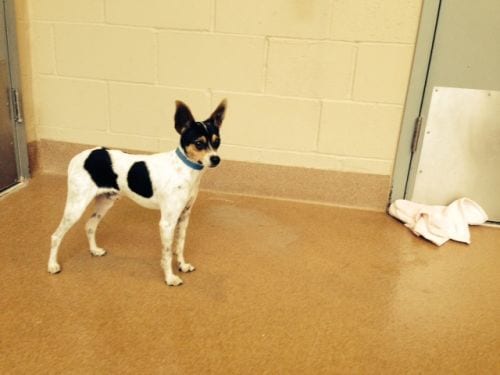 “Here, front legs a bit too vertical, but not a bad untrained show pose, right?”

Nothing is going to make it the same. 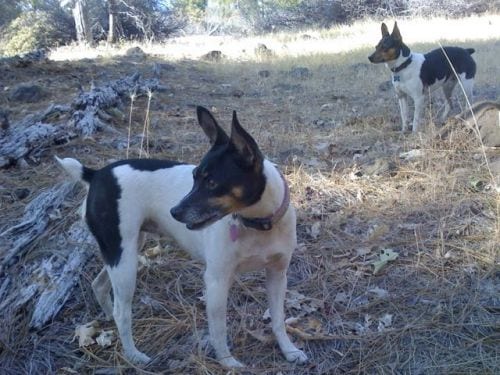 Killers in Our Midst

But I’ll have Scout as buffed as Rotor there in the background, in no time (Nuke was still a puppy, there—she’s a very ripped, strong female, now). I’m also insisting to Beatrice that we take him in for a tail bob. He needs to look like a proper Rat Terrier.

…Oh, BTW, you laf when I say killers? Watch.

Rat terriers are actually the American Rat Terrier, some sort of breed between fox, bull, and Manchester terriers, I think. There are anecdotes going way back about how they can clear an old barn of vermin in hours. Unlike cat’s they’re not killing for food. They kill vermin for sport and treats.