A Quick Primer on Bitcoin

Some time ago I wrote that I would write about it. Unfortunately that hasn’t come to pass and I don’t have the time to delve very deeply into it, but for a few observations. Instead, Jeffrey Tucker (also, his FB) and a few others just did an appearance on Glenn Beck’s The Blaze and basically gave Glenn himself a newbie intro. Both parts are a total of about 15 minutes and well worth watching.

Next up is a Reason.tv interview of two documentary film makers who just released The Rise and Rise of Bitcoin. Another 8 minutes well worth your time.

The Rise and Rise of Bitcoin:

So, a few quick thoughts from my end. Feel free to add or ask questions in comments. And, if any true experts out there think I’ve made a booboo, please let me know, as I’m sure you will.

On the last point, let me illustrate further, by means of a Facebook comment by A.B. Dada, a guy who owns 7 Buck Tees, among other businesses, and trades heavily in Bitcoin.

Oh, next week I leave for an African safari. 12 days. I bought my airfare using bitcoin at cheapair.com. Paid for my safari with bitcoin in advance. I just returned from India in December. Met with 5 cotton garment suppliers. All of them are ready to accept bitcoin. My ink supplier in China? Accepts bitcoin.

No banks. Instant transfer. So easy.

So, if you can get to the point where you can make money in Bitcoin, and then spend Bitcoin for the things you want and need, internationally—a one-world medium of exchange—then what do you care what it’s worth relative to any other currency, unless you see a way to make even more Bitcoin via arbitrage? Yes, to the extent that your trading partners are still heavily linked to their respective fiat currencies for various things, this will impact the relative price/value of Bitcoin, but this impact will diminish the more and more people and business shift more and more to Bitcoin, qua medium—and not merely fiat-surrogate—of exchange.

Alright, some resources for those looking to take a wade in the pool, as I have with a modest level to begin with:

Finally, if you like this post, or wish to support the work here in general using Bitcoin… 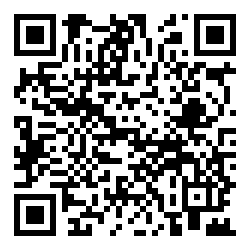