Back when I lived in Toulon, France in the early 90’s I discovered a curious sort of sandwich popular in the southern region—always made-to-order in small, charming sidewalk stands. They call it sandwich américain. It’s not only one kind, but rather a style, of which there are lots of variations.

My favorite was a ground beef patty on a baguette, SMASHED with shredded gruyère in your basic panini maker. Then, you open it back up, slather in the mayonnaise, and add the pomme frites (french fries). Other variations include using sausages, or not having cheese; using moutarde, or having various produce—just like a typical burger here. And, of course, it’s not typically smashed when it has produce.

First you’ll want to get your fries going. Twice fried, of course. Those are done in a mix of coconut oil and bacon drippings. 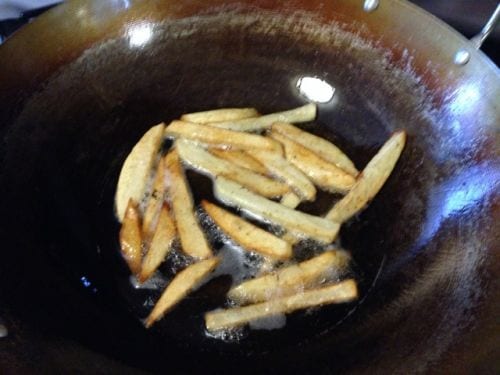 Don’t even bother unless you have access to something resembling a true French baguette. Here in San Jose and the Bay Area, Acme Bread Company is about the most authentic I’ve found, and both Whole Foods and Lunardi’s carry it. Sweet, of course, not sourdough. 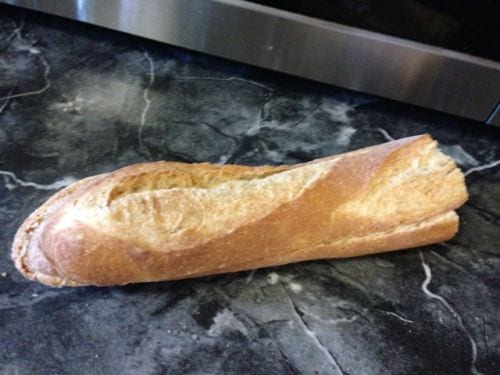 A convenient way to cook the patty is to just use the panini maker. It’s done as soon as you see the first sign of drippings.

I added a bit of cheddar I had on hand to the gruyère in this case. 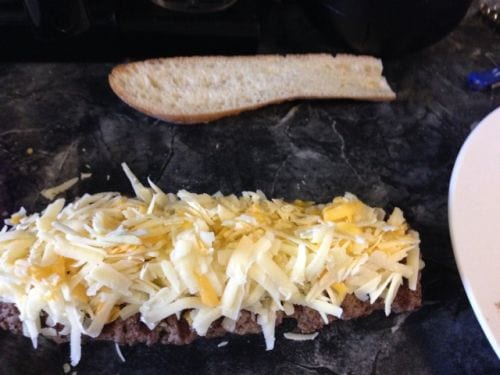 Time to smash it. 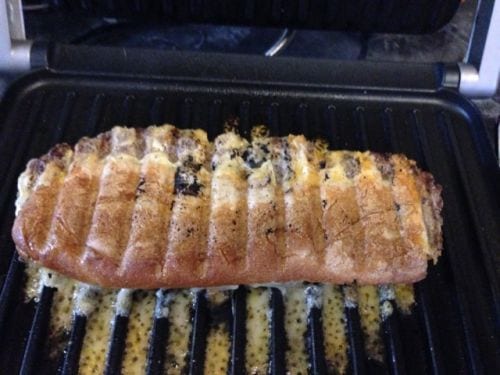 Then pull it back open, add the mayo and your fries. Note: it’s often smashed with the fries as well as the cheese, but this is likely because the fries aren’t hot right out of the fryer as were mine. 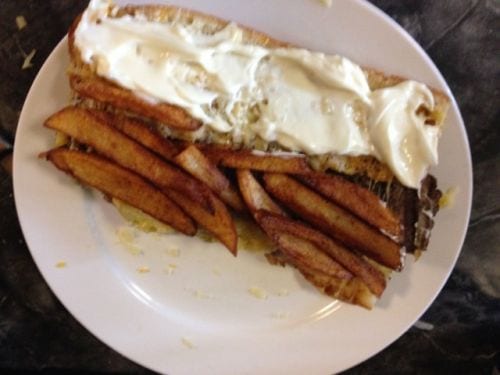 Back in those days, at 30ya, I could easy down a whole one often, and I never added an ounce to my frame. Today, something like this is a rare treat, and I split it with Bea. 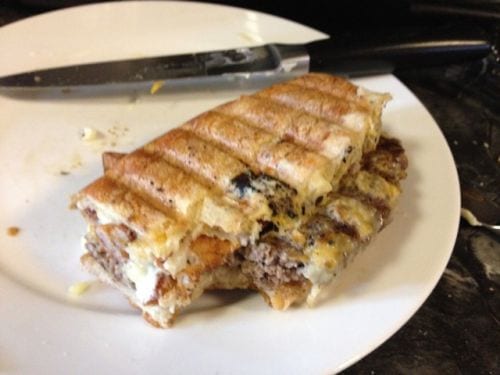 Sure, I can see being criticized for even putting stuff like this out there but you know what? You’re going to have your indulgences now and then anyway. I’d rather you go get a quality loaf of bread, source some quality ingredients, fry whatever needs frying in good oils, and make it an overall better option than a fast food burger.

Next food post will be about Sous Vide pork chops; but after that, I’ll show you a few other great options for a good baguette from Acme Bread Company.